Okay so under one of my recent posts, a debate was sparked between children of the Big Three (specifically children of Poseidon) and children of Hecate and who is more powerful. I'm trying to be as unbiased as possible since I am a child of Hecate (Hecate/Trivia gang wya?) but even if I wasn't I'd still strongly believe in their immense power.

Magic>>>>>any other ability, and here's why. The use of spells, potions, objects, and various other magical powers, allow the user to exploit supernatural forces to varying degrees, with only their skill, personal power-level, imagination, and/or morality to define the borders. Given the flexibility of magic, its users have essentially limitless possibilities for what they can accomplish. Some examples of this in the Riordanvese is when Alabaster (Son of Magic) used magic to prevent himself from being killed. One can turn their opponents into animals in seconds. And one can also make magic force fields around a location to protect themselves. The list goes on. However, there are downsides.

Are they more powerful than the children of the Big Three?

This is a loaded question for many reasons, there are many things to take into account like training, experience, the versatility of their powers, etc. There are various ways to answer this question and there are a lot of ways to look at it. But in terms of capabilities and versatility, while also taking limitations into considerations (and if they have the same amount of training and experience), I'd say that they are.

Capabilities: Children of Zeus may not have a wide range of abilities compared to the other cabins of the Big Three, but they are still very powerful. They can fly and most importantly summon massive bolts of lightning from the sky which grants them great power.

Versatility: Air manipulation is kind of versatile, they can use it to fly as well as to control the air pressure around them. Electrokinesis isn't that versatile, they can only use it to strike objects or opponents, but that's about it (unless I'm missing something). But compared to the Hecate cabin, they aren't as versatile because a lot of their powers have two or fewer uses.

Capabilities: Children of Hades are a force to be reckoned with. They have a wide range of abilities and quirks that make them unique and powerful. They can raise the dead in various ways, control the earth and its minerals, and they can use the shadows around them to teleport. However, children of Hecate's capabilities outnumber these. Earth manipulation and necromancy aren't as flexible and limitless as magic.

Versatility: Earth manipulation is very versatile, not only can they lift masses of land within a second, they can extract precious metals and minerals from the ground using them to stab, block, or hit their opponents. Necromancy is also very versatile, not only can one raise the dead, but they can also kill people by turning them into mindless ghosts or skeletons. But in the case of Hecate's children, just magic alone is more versatile than all of these abilities combined.

I do have one question though, if a child of Hades tried to ghostify a child of Hecate who used a spell to prevent them from dying, would it work?

Capabilities: We all know that the Poseidon cabin is powerful, there's no denying it. They have a wide range of useful abilities that can not only be used in fights but in everyday life as well. They can use water to make shields and big waves, use water to heal themselves, and they can talk to animals (which is pretty cool). Though they are capable of a lot of things, compared to the Hecate cabin, this can't even compete. Water isn't as limitless as magic.

Versatility: Water is a very versatile element, they can use it to heal themselves, make waves, and even shields. But compared to magic, it's not as versatile.

I'm not going to try to force you to think what I think (though I will try to convince you) you don't have to agree. Whether they are most powerful than the children of the Big Three is up for you to decide, but there is no denying that they are powerful.

I think Rick really undersold the Hecate cabin. Also, it's my last week of school (yay!) but I probably won't be online that much after July because I will be travelling a lot. Ummm I don't have any weird pride merch to share, but I do have this funny meme: 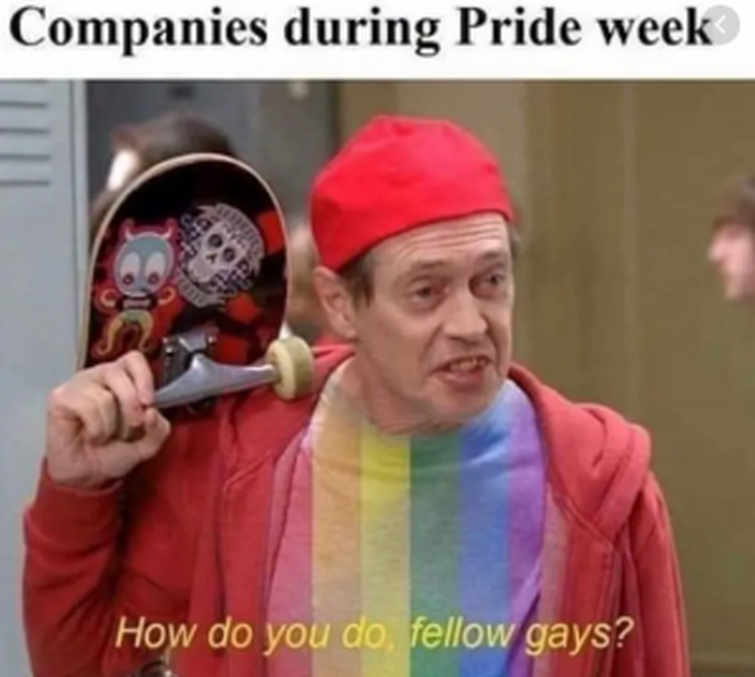 What are y'all's thoughts?

Because that's an ability that is inherited by being a child of Hades, durability is not.

But not all Hades children are shown to do it. Not all of them will be as powerful as Nico (Nico nearly died doing it with practice of shadow travel. This would probably kill less advanced children of hades)

What PNM said. And, increased durability is from the godly side of things.

Again, Necromancy is an ability that is given by parentage because Hades is the god of the dead. Poseidon isn't the god of durability, and durability comes with training and experience. It isn't something that is inherited.

Nico is more durable than Hazel, despite having the same father though.

Again, Nico shows great strength in using his powers. Strength not from Hades. Strength that not all Hades's children may have.

I'm not entirely sure what your point is, yes demigods are naturally more durable than humans. But the durability varies depending on the actual demigod, not the godly parent. This is seen in the example I gave about Nico and Hazel.

We both agree with that, but not all children of Hades would be able to use the insta-kill ability that Nico has (Nico, with a lot of practice with underworld and strength, almost died after doing it)

True, but they would have earth manipulation (that seems to be a common thing among Hades' kids) and that could double as instakill too.

Depending on the circumstance it is. Like the distance you pull a wave from.

There are many instances where a demigod could run away from a monster using their lightning speed, but that's never happened.

Spamming waves is easy for children of Poseidon (I've already proved this) and no child of Hades has ever created a wall and a roof. The two things are completely different.

Anyone would be able to react fast enough to immediately pull water towards them.