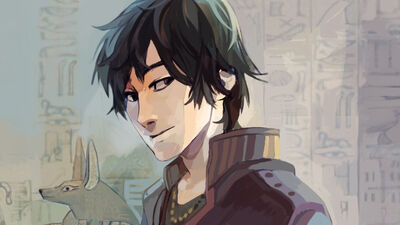 Anubis is the Egyptian god of death and funerals. His parents are Nephthys and Set, but he was raised by Osiris and Isis. Anubis is currently the only remaining Egyptian god left on Earth, having taken on the host of Walt Stone to live a mortal life. Anubis/Walt is currently in a relationship... 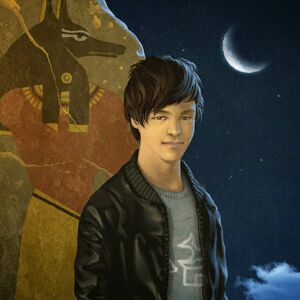 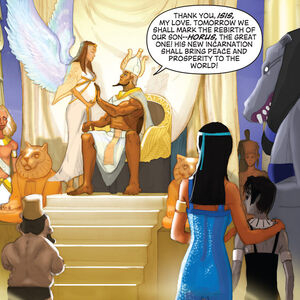 So here it is, this ones from the Kane Chronicles.

Just like the last one, comment and I’ll tally. The next one comes out between 2:00-3:00 Central Time 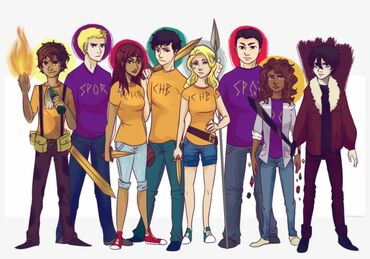 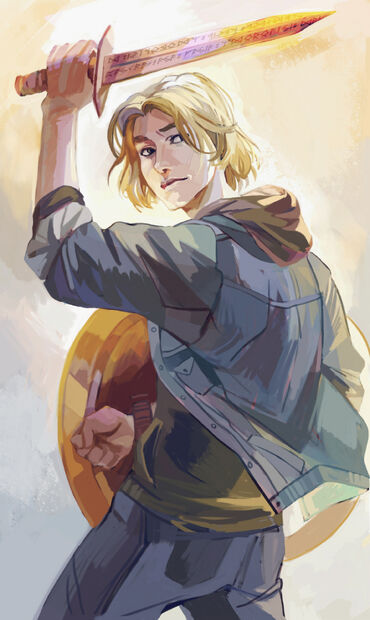 go to Valhalla or, 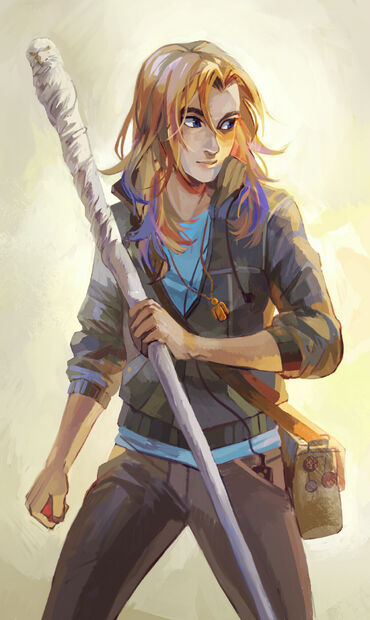 be inhabited by an egyptian god/goddess 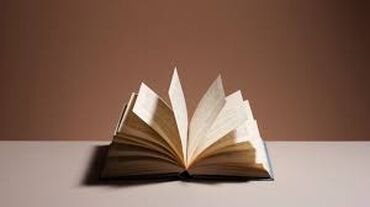 or do just wanna read about it?

Percy is one of those people that is just inherently and wholly good. He loves his friends and family, and is so loyal to them that it truly is his fatal flaw. He would do anything, risk anything for them. As he grows up, this becomes more evident, even to him. After the HoO series (ToA, Magnus Chase), he becomes more careful. He learns to focus and graduate high school, so he can be with Annabeth. That doesn’t mean he’s less loyal. In the beginning of ToA, I gathered that it was rather hard for him to turn down going on a quest, at least for the sake of Meg (at the time, Percy believes Apollo is selfish, ignorant and greedy). I’m really proud of the character arc for Percy Jackson.

Jason Grace! The perfect boy that everyone loves. You want to find a flaw in him, but really, does he have one? He’s endlessly loyal, but not reckless like Percy. He’s kind, thoughtful, intelligent. He can fly! He creates thunderstorms. He’s the only child of Jupiter/Zeus that has managed to get Hera to like them, like ever. Jason is a person who doesn’t do anything for the sake of appearing perfect or heroic. He just simply IS.

Is Magnus Chase the best of the Chase’s? Draw your own conclusions, but in my opinion, yes. Magnus came from hardship, like a lot of demigods. He didn’t grow up with his dad, his mom (whom was his favorite person in the world) died when he was 14. But he’s still so positive! He found out his dad was a god, meets him, and has almost no negative feelings at all. He even finds himself thinking that all of the hikes and camping trips him and his mom used to go on, were with his dad as well (being the god of summer). Magnus has such a sweet and kind soul. He doesn’t even think to get bitter, despite the hard things he has to face- homelessness, being targeted for murder by tons of gods, giants and monsters. He met Alex Fierro after she tried to kill everyone in Valhalla, and was nervous, but was so kind to her. Through finding out that she was gender fluid, his only questions had to do with making Alex more comfortable, not himself. All around, I admire Magnus Chase and I wish I was more like him.

Walt/Anubis. I know they were two different people at first, but at one point it’s noted that they’re so similar, they really became one. Does Anubis remind anyone else of Nico di Angelo? In a sweet, pasty, brooding Death Boy kind of way? That’s what made me immediately like Anubis. Walt, too, though he's not pasty, nor a demigod/god. Walt/Anubis is my favorite character in the whole series because of how silently brave they are. Of course you have characters like Carter, who are expected to be heroes and pharaoh of the gods, or whatever. But although he’s a god, Anubis is strangely naive in an endearing sort of way. Walt grew up knowing he was dying, which gave him motivation to not die without helping save the world. Both of them became more brave from knowing Sadie, which I assume nobody is safe from. In conclusion, they are very wholesome in a dark way and that deeply resonated with me.

Apollo’s character arch both shocked and pleased me. In PJO, he’s an ignorant, self absorbed god. It seems the only person he’s willing to help other than himself, is his sister, Artemis. He’s always been annoyingly charming and bad at haikus, which made him grudgingly endearing. In HoO, he was much the same. He became frantic after losing the Oracle of Delphi and having the deranged descendant Octavian, stirring the Roman/Greek drama pot. But still, mostly just cared about himself. He considered killing Leo Valdez just in case it might please Zeus and win his favor back. The thing that really changed Apollo though, happened during ToA. He slowly gets humbled, being a pimply, flabby teenage boy with moderate demigod powers. He learns to care for Meg like a little sister, and his children at Camp Half-Blood at first like friends, and then like children. That leads him to care about demigods in general, and the mortals that have no control of their fates if the emperors were to carry out their plans. Apollo becomes a hero, friend, and a better father. Even when he gets back to Olympus, he’s uncomfortable as a perfect, attractive divine entity. He barely can sit through the meeting of the gods before he would be able to go see Meg, his horses, and his friends at Camp Jupiter. Overall, he became one of my favorite characters.

Nico di Angelo is debatably the best character in the whole Riordan Universe. He was only 10 years old (physically/mentally) when he learned his identity, saw his first monster, lost his sister, started to realize he was gay. Nico grew bitter after his sister Bianca died, and he blamed the person he admired and had a crush on- Percy. His feelings were so big and hard to handle, especially after learning he was a child of Hades, which made him feel even more like an outcast. Nico sank so deeply into regret, anger, fear, and shame that he hid himself and his heart from everyone. The only times he found himself helping the 7 or being courageous for a long time, was because he was helping Percy, like in the HoH. He still had feelings for Percy, even though Percy never treated him as well as he could’ve. Nico finally confronts his sexuality in the HoO series, but only because Cupid forced him to, in front of Jason Grace. This made Nico even more angry, though Jason was so kind to him. After a while, Jason’s kindness was what gave Nico courage to come out and fall in love with Will Solace. In ToA, it’s revealed that Nico felt as though Jason was his first real friend, and Nico is devastated to learn about his friend’s passing. He also revealed that Jason achieved Elysium, but nobody is shocked by that. The point, is that despite all of what Nico has been through, despite feeling like he doesn’t belong, he still is brave, strong, and loyal to people he cares about- even if they don’t care for him in the same way. When Solangelo became a thing, I was so happy because Nico deserves someone like Will, who will just love him as much as Nico loves him.

So I've recently introduced my best friend to the Riordanverse. Awesome, right? Yeah, mostly, but....

She did the thing most (notice I said most, not all fans do/did this) first-time fans do. Immediately hate Rachel just because she got in the way of Percabeth. And didn't look any deeper. She didn't like Rachel until Rachel said she was over Percy.

She's my best friend, and I love her, but she really gets on my nerves sometimes.

Then she started KC. And she ships Sanubis. Ok, I understand people are allowed to have their own opinions, but SANUBIS??? I just don't get it.

Then (ok now we're getting to the whole point) I was getting nostalgic and I'm re-reading KC again. And now I'm hit with a whole flood of emotions because I remember reading it for the first time and I'm a mess. So thank you for reading my ramble.

So I was reading Brooklyn House Magician's Manual and I stumbled upon this quote.

For context, Carter was talking about the relationship betweem Cleopatra and Julius Caesar when Sadie interjected.

"Twenty and fifty-two? I'm sorry, but eww! Although perhaps I'm not one to point fingers, since the boy I'm dating is sixteen going on five thousand. 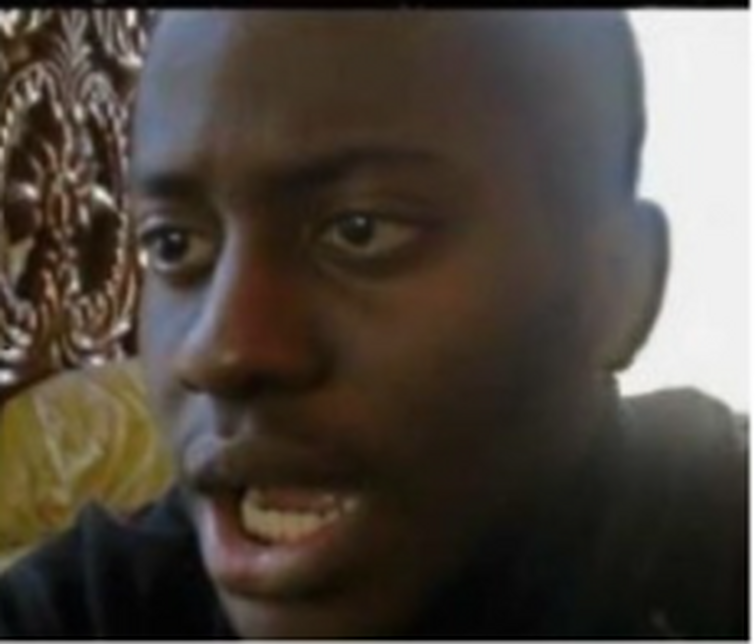 Is it just me, or did Rick literally admit one of his ships was pedophilia and then still keep it in the series?

Pretty messed up, to say the least.

So, in The Serpent's Shadow (The Kane Chronicles) Sadie calls Walt when he is sharing the body with Anubis, "Death Boy" Isn't that what Will called Nico?

I'm not sure, if you agree. But Sadie was thirteen and her being in relationship is very unrealistic. Especially with two guys, one of whom is a thousands of years old god. (Hello 911?!) I think more Riordanverse characters should be single, it's way more realistic. Sadie should've just stayed friends with both Walt and Anubis in the end imo.

Hiya again, I have finally stopped posting about MC although I love that series.

I was just wondering, what are your thoughts about the Sadie x ? ship that takes up like 3/4 of her narration in comparison to Frazel, which is probably the most innocent ship in Rick's books? I just picked two random ships and so...

Tell me what you think!

If Walt wasn't dying and Anubis had no restriction for meeting Sadie then who do you think she might have chosen.Walt or Anubis. Comment

Have you ever noticed that a lot of the darkish characters have black hair and pale skin and the more sunny characters are blond? Just look at Nico and Will. Then look at Sadie and Anubis. That's your proof. *This is just an opinion

Tam Dai Song is a lot like Nico, and same for Anubis. (It's just my opinion)

Ok, so I was just looking at the Anubis pics, and it never shows his face clearly, I remember when I read it, he looked hawt, but in the template stuff, he looked like an uglier version of Tam ;^;