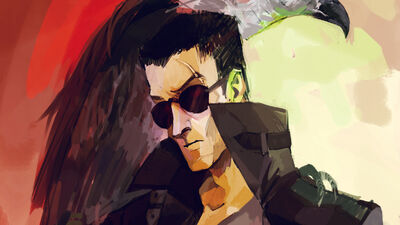 Ares is the Greek god of war. He is one of the Twelve Olympians, the son of Zeus and Hera, king and queen of the gods, and his Roman counterpart is Mars. Ares is one of the few children of the Olympian gods Zeus and Hera. He developed a love of violence that surpassed that of any other Olympian... 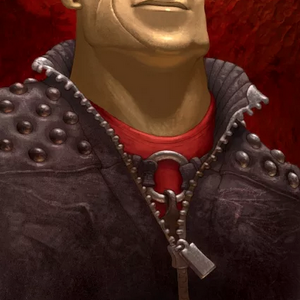 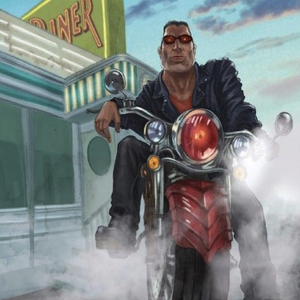 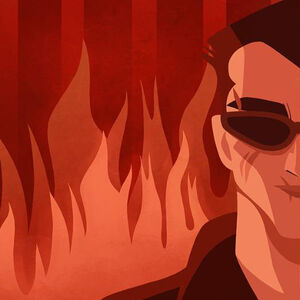 So we all know that at the age of twelve, Percy Jackson fought Ares, the god of war. After Percy injured Ares’ ankle, Ares was coming back for a second round, but Kronos intervened and Ares had to retreat. Now for the purpose of this Discussion:

What do you think would have happened if Kronos had not intervened?

Thank you, and have good time on the Riordan Wiki.

technically percy never beat ares. it wasn't some epic defeat that some of y'all made it out to be. percy cut his ankle, and then ares decides he doesn't want to waste his time fighting a scrawny twelve-year-old because he's an immortal god 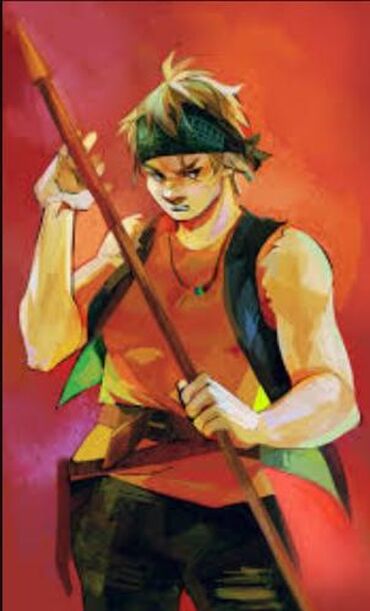 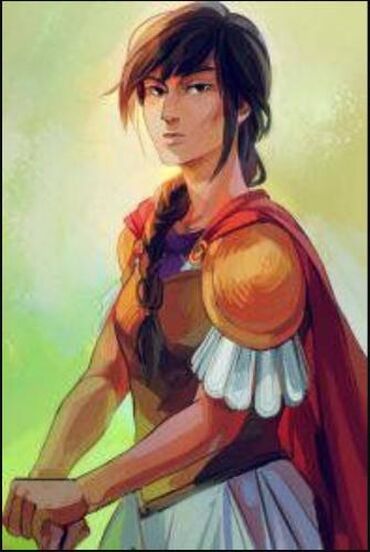 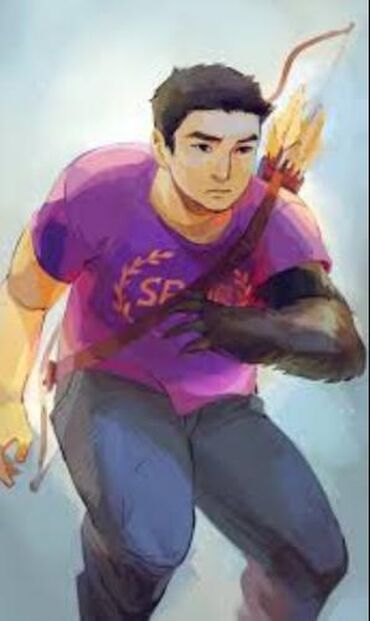 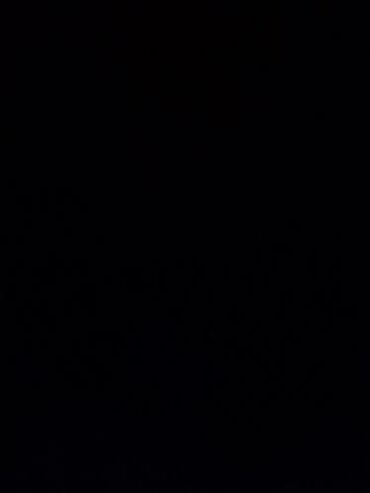 Am I the only one who realizes that in an actual battle, Percy would get folded by Ares? People love bringing up how Percy beat Ares as a 12-year old, but that was a mix of plot-armor, water, some skill, and then Ares's lack of full seriousness.

ApolloAres
Percy at the beach
Ares if he wasn't holding back

I’m not going to lie, a lot of demigods throughout the Riordanverse are overpowered. And not just with plot armor. Imma just list some examples of why and how they are overpowered.

I feel like Ares should’ve won. An Olympic God with millennia of experience shouldn’t have lost against a demigod who has been in the Greek word for five days. No matter who that demigod is the child of. First off, Percy was severely inexperienced. He had little fighting experience, and shouldn’t have been able to best the god of war in combat. Also, Percy, being a twelve year old, shouldn’t have had the strength to withstand such a god, nonetheless an Olympian. If we remove plot armor, Ares would’ve smashed Percy. His strength and skill outmatches Percy’s ten fold.

Why was Gaea beaten so easily?

In Greek mythology, Gaea devised a plan to lure Ouranos down to the earth and use a scythe to kill him. After taking on a physical form and leaving his home domain, his four sons tackled him to the ground. Kronos used the scythe to split him apart, and his rein ended. But even when he had departed from his home territory and taken a physical form, he was still able to fight off four of the most powerful Titans. What I don’t get, is how Gaea was defeated so easily when it took so much work to defeat Ouranos. Three demigods and an onager is way weaker than four Titans and the most powerful weapon in history. Heracles and Caligula were able to resist Piper’s charmspeak, but not Gaea, a Protogenoi? I feel as though Leo’s supernova blast shouldn’t have done as much damage as it should’ve, and Gaea should’ve still lived, even with the onager.

A lot of demigods in Greek Mythology didn’t possess supernatural abilities like the ability to manipulate the weather or the sea. If they did, it was very minor abilities. Most just possessed enhanced battle prowess and super strength. Yet Percy is able to control storms, earthquakes, water, poison, boats, horses, and more. If all children of Zeus were as powerful as Thalia or Jason, I feel like the gods would be biting their finger nails 24/7.

Percy defeating Akhlys was super weird to me, and I know I’m not the only one who thinks so. Because one, Percy defeated Akhlys with poison when Akhlys was the goddess of poison. How does a mere (weakened) demigod defeat a primordial goddess with her own element? Two, Percy shouldn’t have been able to control so much poison. Maybe a little poison, sure. But not so much. Decently not enough to hurt her. And three, Percy was severely weakened. He was undergoing the effects of Tartarus and standing at the edge of Chaos, the void that all life sprung from. And even in his primal state, I doubt he could have defeated her.

That’s just a few notes about demigods being overpowered (and villains being underpowered).

I recently made a poll (between Medea and Ares) and Ares won. As promised, I’ll be making a post on him. First and foremost, put him in comparison to the other gods. Out of the main twelve, he’s probably the best (by this I mean Zeus, Hera, Demeter, Aphrodite, Apollo, Artemis, Dionysus, Hermes, Athena, Poseidon, Hephaestus, and Ares himself. If we’re including either Hestia or Hades, they’re morally better). I could make a whole post on their failings alone, but I’m not going to at the moment. Instead, I’ll be looking at where Ares’ triumphs. Ares is one of the most caring parents among the Olympians. He defended his daughter from a r*pist, even though it gained the ill will of Poseidon. In the Iliad, when his son (or possibly grandson. It’s mostly agreed that Enyalius was used as an epithet for Ares and not referring to the god Enyalius though) dies, he’s willing to go down and avenge him. Keep in mind he was recently wounded and Zeus had threateningly declared to all the Olympians that they couldn’t join the fight. He only didn’t avenge his son’s death because Athena physically stopped him. Even his monstrous drakon son he avenged. Compared to Poseidon (who killed his grandson), Zeus (who cares for almost none of his children), and Hera (who threw Hephaestus off Olympus) especially, he’s a good parent. And compared to a lot of the male gods (and even some of the female ones), he wasn’t a major misogynist. He was the patron of the Amazons and wasn’t a r*pist. He’s mostly viewed as a morally dubious god because he’s violent. That’s true, but one: he’s a literal god of violence, and two: most of the gods are violent. Athena’s a war goddess and is also violent. Aphrodite is a flighty and vain god who has killed people because of her pride. Ares’ nature is described as coming from Hera, and it’s obvious how she’s a violent goddess. Poseidon is incredibly violent, who causes storms and earthquakes at the slightest provocation. Dionysus rampaged his way across Asia and drives people to murder. Seriously, if the only reason to dislike him is his violence, than we should hate almost every Greek figure. Ares also helped heroes in war, just like Athena. Even going as far as to give aid in person and fight with his favored side. The only major offense to Ares’ character is his relationship with Aphrodite behind her husband’s back. But at the same time, that more speaks to Aphrodite’s character. And in Ares’ defense (while not making it justifiable), if the only thing we can put against Ares is that he fell in love with the goddess of beauty and love, that’s not really a reason to hate him. Especially considering that most of the major make gods have had a child with Aphrodite at some point, like Hermes and Dionysus. I really find it sad how one of the most interesting gods is always portrayed as either a bully to a villain. Anyway, this post isn’t very in depth, but that’s it. What are your thoughts? 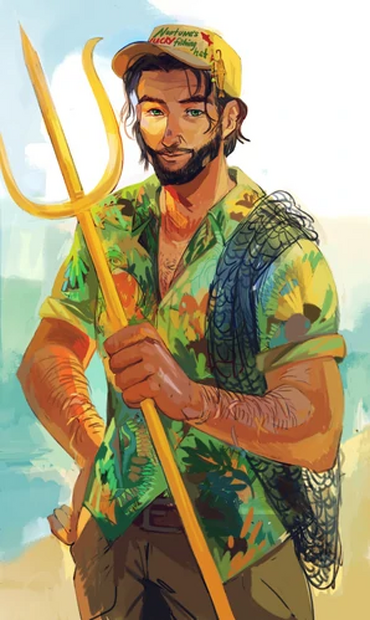 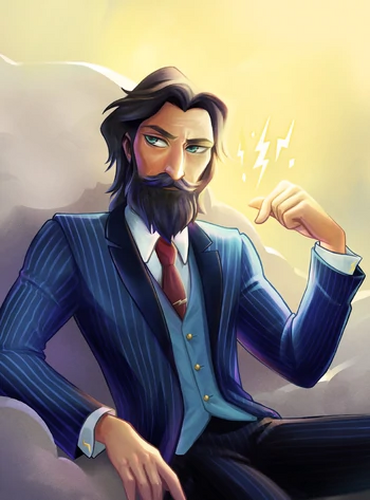 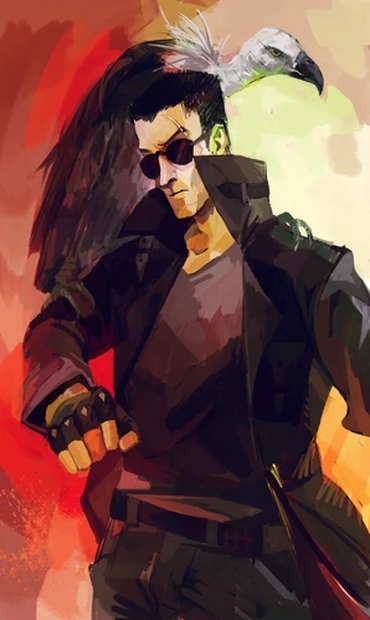 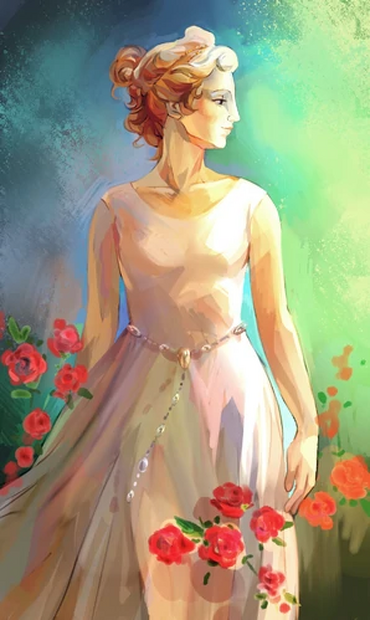 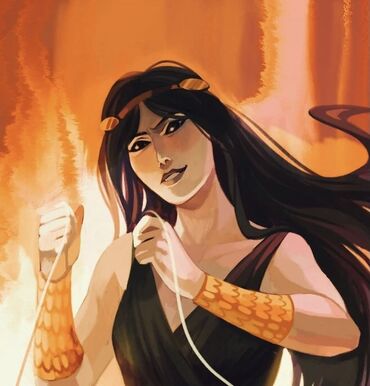 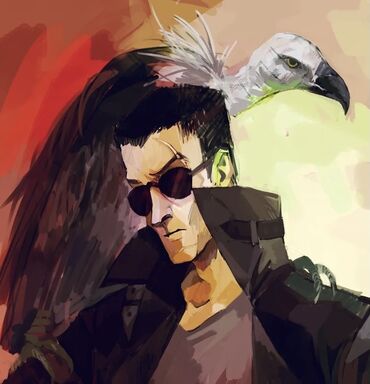