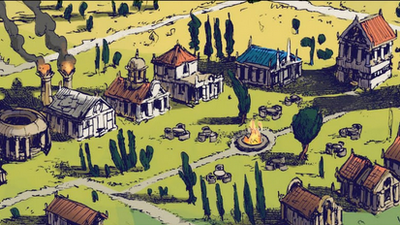 The Cabins, also known as Divine Cabins, at Camp Half-Blood each represent one of the Greek godsand goddesses. Demigods attending the camp stay in the respective cabins patronized by their immortal parents. Initially, only twelve cabins were built for the children of the Olympians. Those of... 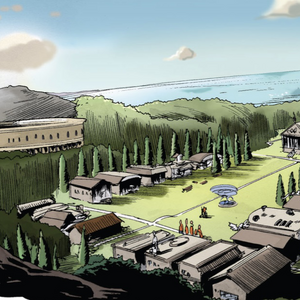 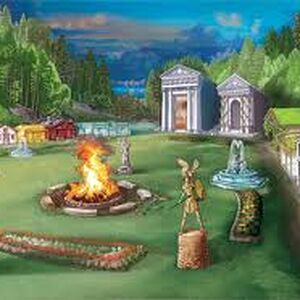 (I, also doing the big three if they had more kids)

I feel like they would bet money on people's love lives. And would play dirty doing it. They would not be afraid of making up a rumor if it meant getting that coin

I just know they would have a secret club that meets in the dead of night and does magic. They would do both good spells but also bad spells to make campers they hate do really bad in combat or something

They would sell the strawberries from the Strawberry field and when new campers come they pretend they are saying a prophecy about the persons terrible fate. Also belt the lyrics of a song at the campfire

Some of them would be entitled. And when they are lazy the weather would very a jurustic change so they can get out of activities

They would battle day and night even if they hated fighting just to one up eachother. They would also give intense punishment to newbies in the cabin. Also shout and sing off key at campfire to annoy apoll kids

Their place would be a mess. And would be extremely hypo fixated on capture the flag constantly coming up with new strategies to win. Also they would help chiron a lot.

Their cabin will be filled with crystals and other meditation devices. They would also have therapy on Tuesdays bc the Athena kids addressed their concern for them and now they hate Athena children for depriving them of their sleep.

Super relaxed Chill cabin. They always hold parties in the forest but get so mad when campers litter during it. Always protest to chiron about climate change

They would all be super unsocial and awkward at the campfires. Be really sneaky and hang out with the hermes cabin. Always shadow travelled away from camp activities

Always where you guessed it Nike clothes to bring extra luck. Are extremely competitive and campers always make fun of their seriousness during activities.

Treats festus as their child. Used to take him out at capture the flag but chiron banned it. Also very relaxed until leo comes. Constantly in the forgery

Has an extremely messy cabin all the time. A lot of them have a temper like their dad. Have the best parties at the beach on the last day of summer.

To join the family the hermes kids make you steal from chiron or else you aren't a true hermes kid. Constantly mocking Athena kids for being all smart. Has an end of the year prank tradition where the whole cabin works on a gigantic prank to pull on mr.d

(In the comments tell me what cabins to do next)

I believe that they are actually great. Firstly they had Silena who although she was a spy she was manipulated by a grown man age 13 so who can blame her? She was overall a great girl who just wanted to spread love and positivity. And I know through pipers pov they were considered mean and vain and shallow. But that was because piper was going through her not like other girls and pick me girl faze so. And the only one mean to her was drew. All the others just were girly and implied that they thought jason was cute. And they are not shallow for caring about their appearance! They are children of the godess of beauty so even if like piper they didn't want to dress nice they felt obligated to. And I know drew called piper dumpster queen and was your stereotypical mean girl I also think there is more to her (I'm thinking about posting about it but idk) so I believe they are good people and don't deserve to be stereotyped because we saw a biased pov of them. (In my opinion it was) especially since a lot of aphrodite kids were nice to piper people forget that. And overall even though they tend to gossip a bit and are girly they are kind people. So yeah that my rant lol

Mine is either Cabin 3 (Poseidon) or Cabin 8 (Artemis)

Why do Artemis and Hera both have cabins when they don't have kids but Hades who does have kids doesn't get a cabin until later.

Would it be better to have bedrooms in the minor gods' cabins instead of the built-in cushioned benches and twin beds in the lofts. If the bedrooms are small enough (but not too small), it could work and would be more private/better than benches.

(After the chapter is solved, you can still tell me which cabin you are for Round #2).

So in the the Last Olympian when Percy is making the gods promise to claim and watch over children he talks about cabins for minor gods. However he also mentioned a cabin for the un-claimed. I really wish we had heard more about this!

I want to know if it actually happened! And what the interior was like because all the other cabins are based off the cabin. What if it had a thing for all the gods? I want to see that, it would look amazing. And it would probally would be one of the most popular teams for capture the flag! It would have people with diffrent strategies and weapons!

I get that there was a space issue and they’re tricked out with cool stuff. But Nico got an actual cabin despite the fact that he is the only person there. And all the children of the minor gods have to stay in smaller, less impressive modular cabins. The children of the minor gods had to be tricked into liking them. I honestly think that it is really insulting to not just them, but Ethan, Luke and all the other people who died in the Second titan war because they felt they were not getting any respect. Your thoughts?

so this is gonna be a little confusing. but you know how demigods are daughter/sons of gods, right? and they go into their parent's cabin at camp half-blood? so if ares goes to camp half-blood to stay for while what cabin would he go to? since he's the offspring of zeus and hera would he be in the hera/zeus cabin or the ares cabin?

You can make a list or just name one, I don’t really care ether way.

I just noticed that even though some of the minor gods and Hades all got cabins at Camp Half Blood, Hestia STILL doesn't. Do y'all think she deserves one? 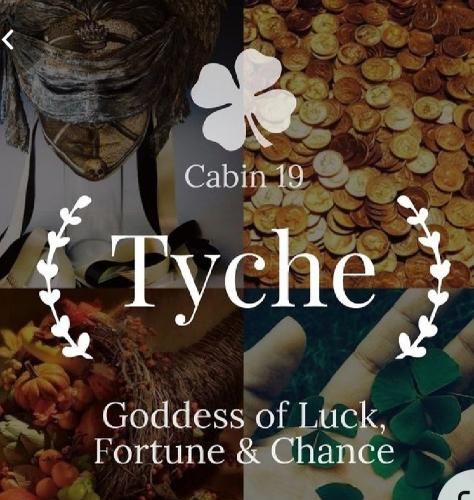 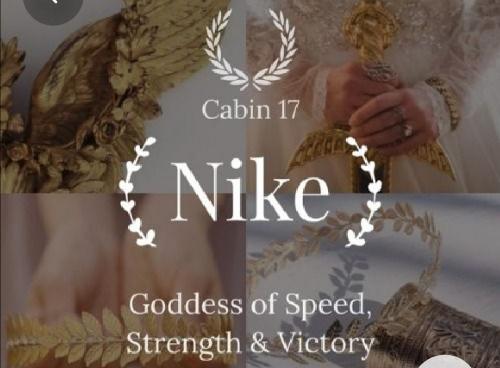 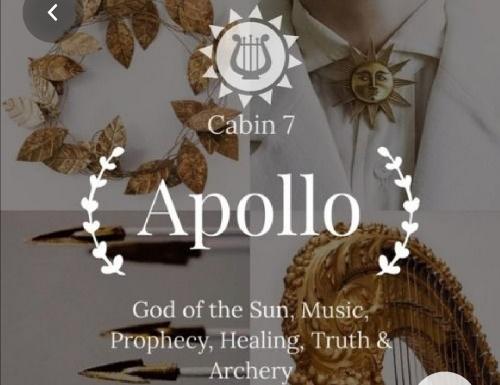 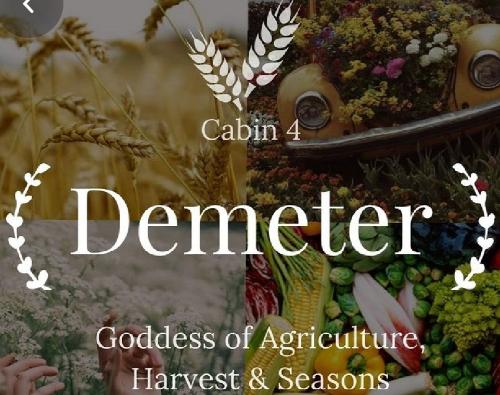 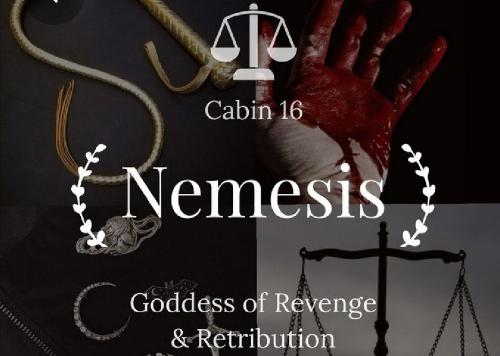 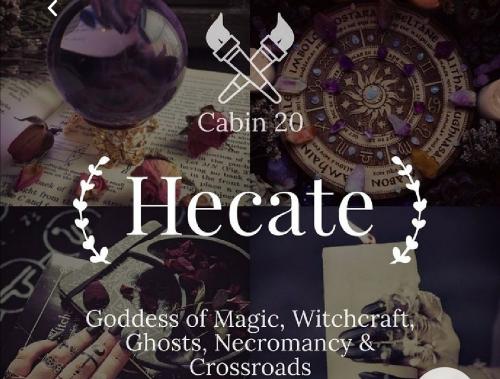 Camp Jupiter: We have the Principia, Cohorts, a Senate, Centurions, Legionnaires, Probatios, Praetors, and in times of war we have a Pontifex Maximus.

Please add a spoiler warning to the Cabins page. Very high up in the article is a pretty major death spoiler, and a warning would be much appreciated.

(edited by Rora Is da best)
Will SolaceCabins

Spoiler Alert for Heroes of Olympus and Trials of Apollo

We know that at the End of Heroes of Olympus, Jason and Percy say that they will build cabins for all the gods, however at Camp Half-Blood, they had already built cabins for Hecate, Hebe, Iris, Nemesis, Nike, Hypnos and Tyche. (Any others, I forgot). They had built those few but stopped there at the end of the Percy Jackson Series. Why though? I know they were only building the more known Minor Gods, but why did they still only stop there? There are a few more Gods who were talked about in the Series who never had a cabin made for them. They are still Popular Gods, just not olympians. The Gods I am talking about are ones Such As;

Hestia - Goddess of the Hearth

Thanatos - The God of Death (sever of Hades)

Eros - The God of Falling in Love and Desire

There are some more Gods however I have forgotten by now, sorry.

I do not understand why these Gods didn’t get a cabin when the others did. These 3 Gods are nearly equally Important as the other Gods put there.

Thanatos is still a god who travels a lot so he is bound to see some women or men maybe, that he would like. Some make the case that because he is mainly in the UnderWorld he won’t see anyone, but Hades is always in the UnderWorld and he did fine finding a woman to love. It isn’t that Thanatos is Unappealing, being the God of Death, because he isn’t that Unlike Hades who is the god of the dead.

Eros then, the Son or Grand Parent of Aphrodite (depending on which Myth you chose to believe) Also does not have a cabin. He really does love Psyche, so he would not really cheat on her I believe, I would say that they probably love each other the most out of the Gods (Hera and Zeus have quite a rocky relationship if you think about it.) So even if Eros would not really cheat on Psyche, He should still have a cabin I believe, if other gods who do not have children get one (The Hestia point again). Some say that Eros would not need a cabin because they already have the Aphrodite cabin, but they are still two different gods, very similar, but different.

These are just some of the Gods that puzzled me when not first chosen, there are a few others, feel free to say who and your reasoning in the comments! A reason I believe some of them may not have a cabin is because they didn’t find any children of those god (that’s not to say they don’t have kids, just none were found). Sorry if this post was super boring, just something that came to mind. Thank you for listening to my TED talk.

Just wondering :) especially since we never heard about any of their children in the books, nor do they have cabins mentioned.