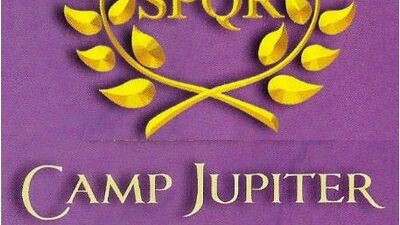 Camp Jupiter is a camp designated to protect and train the children of the Roman gods and their descendants. Its entrance is a service tunnel near the main Caldecott Tunnel in the Oakland Hills, near San Francisco. The current praetors are Hazel Levesque and Frank Zhang. It is the Roman... 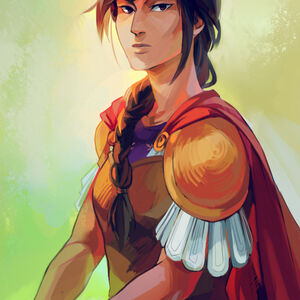 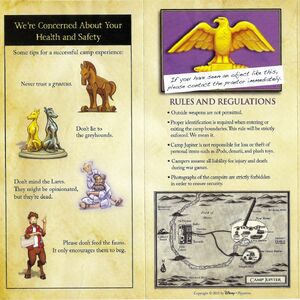 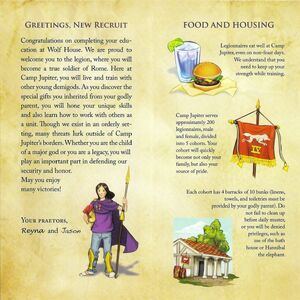 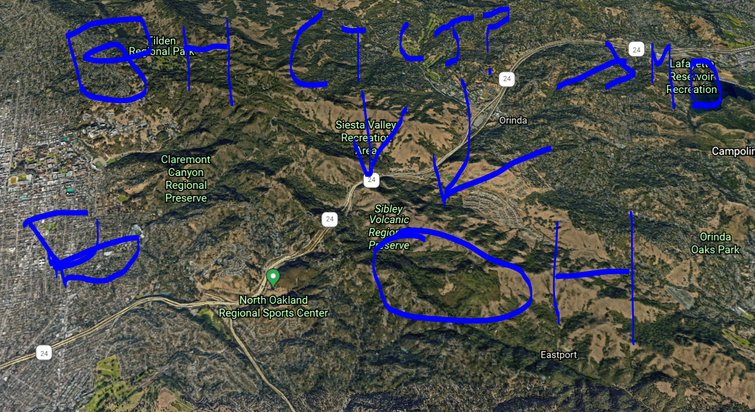 I see a lot of bias towards Camp Half-Blood compared to Camp Jupiter. This is understandable, but also illogical. And I am going to explain why.

My first point is the most obvious plus in CJ’s favor. CJ has a city, a place to live after they serve their time. CHB does not. If a demigod makes it past CHB, they’ll most likely die before they get out of college.

Speaking of college, CJ has an education system that CHB is lacking. Most of these campers get to CHB when they’re young and the year-rounders never finish their education. And unless you’re a child of Athena or Hephaestus, you’re most likely to never get into college. And either way, they’ll probably die within four years after leaving camp.

CJ has an economy and a leadership system that CHB doesn’t. CJ has structure, CHB has a ping pong table. CJ’s cabin system is much better than CHB. They learn how to work with others and are taught to fight. In CHB, an entire cabin barely knows how to wield a weapon. In CHB has no real edge on CJ on anything, except maybe acceptance. CJ has Lupa, who might kill more demigods than she saves. And their reference letters are kind of unfair to many demigods. But other than that, CHB has nothing. I mean, even their forest is monster-infested. That’s incredibly unsafe.

But anyway, what are your thoughts?

Before camp, most Greek demigods seem to live with their families, and from what we've seen, they seem to get to camp ranging from alright, somewhat injured, severely injured, or they die on the journey. However, unlike CJ, CHB actually accepts you, regardless of who you are or where you're from, and treats you well. With CJ, on the other hand, your success literally seems to just depend on your recommendation letters, and if your families are rich. Okay, there are exceptions, but that's only if you are very talented (Jason, Percy) and sadly, most demigods won't even come close. I believe most CJ people are actually just legacies, due to the fact they are children of the adult demigods living in New Rome, or (just a guess here) the Roman gods had children with the Demigods of New Rome. So really, the CJ Campers aren't exactly "new" to camp life, and they basically grow up in New Rome. However, CJ has an incredible downside: Lupa. If you can't make it past Lupa, you're dead, and it seems as though if you even show a single sign of weakness, you'll be devoured. So... CHB seems like a much better option, sorry.

Well, both camps have their pros and cons. It depends on what kind of person you are. Reyna calls the training "brutal". I think the Roman campers, while are better at fighting, don't exactly life much of an enjoyable life. Roman life seems like military school, but more strict. CHB, on the other hand, gives you more freedom. The rules are less strict, and you can still become a master of combat if you so wish. With CHB, however, you are confined to a cabin of people who are only your siblings, and get no variety. With CJ, you are able to interact with other people. And CJ seems to have more of a friendly history with minor gods, though CHB is certainly catching up. CJ, however, has something CHB does not have: New Rome. And entire City. Also, while CJ does offer more protection, CHB clearly offers enough to get the job done. I would say CHB is better. It just seems like an easier place to live, and CJ just seems like an overly strict military school. Also, while I'm nor sure of this, Greek Demigods know both Ancient Greek and Latin, whereas I think Romans don't know the former. Personally, I would prefer to know both. It's a small thing, yes, but I would like to read the original Greco poems without having to learn one extra language

Call me a nerd, whatever

CJ is clearly superior here. CHB has nowhere for you to stay. You're forced to go out into the outside world. Of course, many demigods do become successful: Many even celebrities. However, judging from Demigod luck, I would say most of them die. CJ, on the other hand, has a city offered for you, homes, family, etc. You can have children, send them to camp (which sorta sucks, since the children might be torn apart by Lupa, but whatever) and so on.

Personally, I think CJ is better only due to the after-camp life because the Romans actually survive adulthood. But CHB is better in (nearly) every other aspect. What CHB Needs is a City. If CHB had a city (For example New Athens) Then CHB would obviously be superior

But obviously Hotel Valhalla, and Brooklyn House are far better than both

Alright, so most of the fandom have merch, right?

So my birthday is coming up, and my best friend knows how much I love this fandom so she's been looking for PJ merch for me. She asked me if I have a CHB shirt. Sadly, I do not, BUT my uncle said he'd find me one. SO my best friend asks me if I would like a CJ shirt. Answer: Um- YES.

Do any of y'all know if I could find a HV shirt somewhere? Or anything KC related? I need to represent it ALL

Percy was raised on a shield and became the Praetor of Camp Jupiter. Percy admits that he was only Praetor for "2 hours" in the MoA, but the rank was still his. So how did Jason promote Frank to Praetor in the HoH when Percy was the current praetor? Should Percy promote Frank? Was Jason still praetor the entire time? 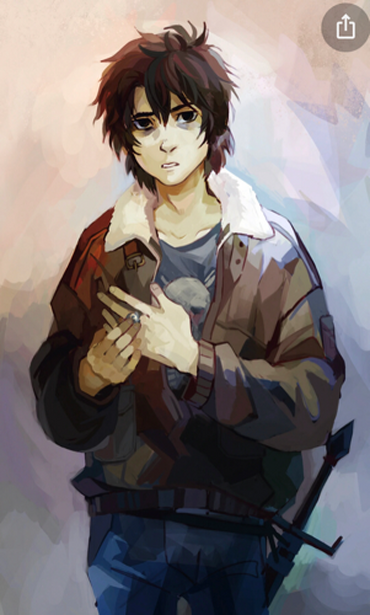 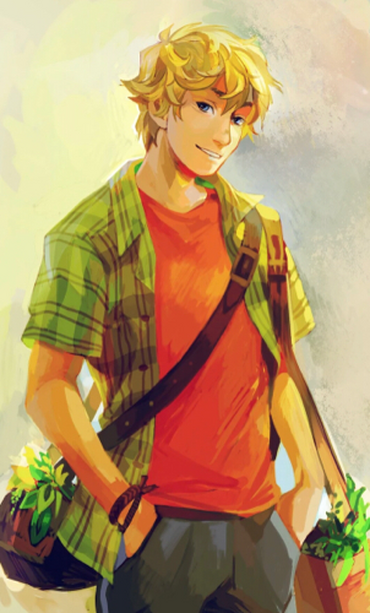 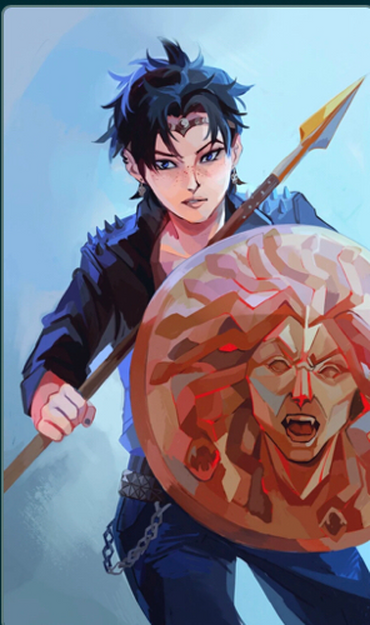 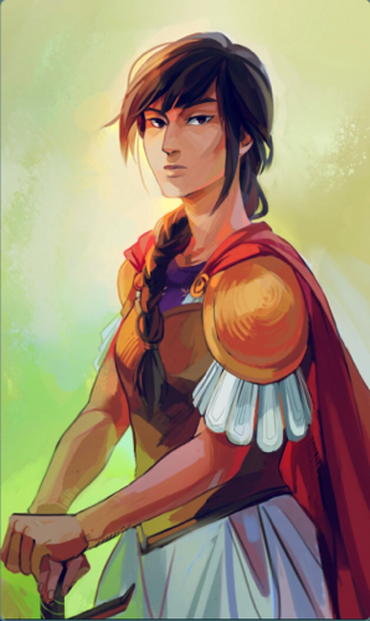 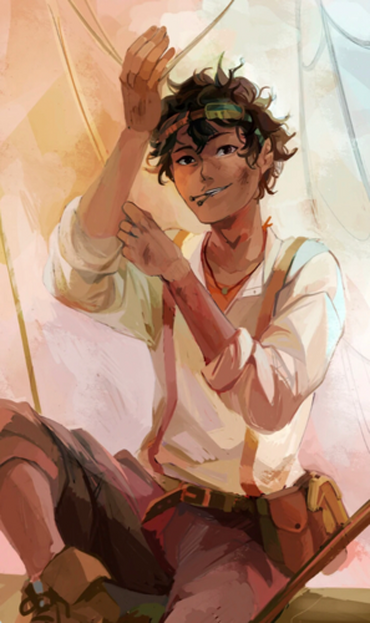 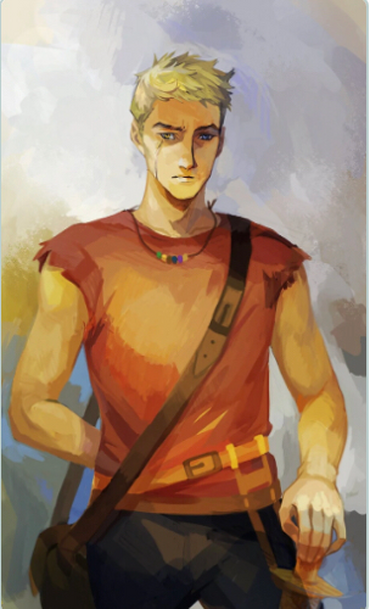 Jason's storyline has always intrigued me, from growing up in the twelfth Legion and becoming praetor at 16 years old his storyline has so much potential and would honestly be a great read. I think a lot of fans feel that Jason's lack of history is what made him a "boring" character. A spin-off series would give us insight into Jason's background and history as well as detail his friendships at CJ which were never delved into in HoO, I also think fans would certainly warm up to him once reading more into his background and how he became such a prolific and respected warrior amongst his peers.

People always overlook Jason getting Greekified (yes thats a word) but it would probably be a huge deal if we knew Jason as much as we know Percy. I mean imagine if, after SoN, Percy got into a relationship with Reyna instead of Annabeth, stopped wearing CHB shirts, and had a completely changed personality because of his time as a Roman. How would HoO change? How would CHB and Annabeth react? How would the the fandom even react? But this same thing happened to CJ and they continued for months without a praetor and Reyna kept so professional around Piper. We should applaud Camp Jupiter and Reyna for this.

My last poll was a Vs fight between HV Brooklyn House CHB and CJ. A lot of people said that it depends on how many people there are. There is now 100 people on each side of reasonable skill. The fight does NOT take place at Valhalla. How about for the sake of this post it takes place in Indianapolis. Now that there are some rules we can see who would win.

If a Roman demigod was born in Europe, or more specifically, the Ancient Lands (Italy), would they be denied entry to Camp Jupiter for being there? Since it "taboo"?

Camp Half-BloodCamp Jupiter
It was honestly unfair they aren't all cold
They made them seem really mean and harsh
It was okay, romans are brutal anyway
meh
I honestly couldn't care less
It was great/other