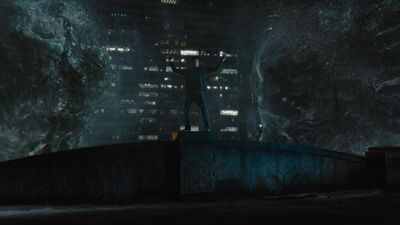 Demigod Abilities are the inherited powers of a demigod from their godly parent or ancestor in the case of a legacy. Although most share at least one (though most share two) trait of ADHD or Dyslexia (though some like Frank Zhang don't possess these traits), their abilities are dependent on...

Piper and Frank: Frank turns into a dragon while Piper charmspeaks the enemy

Reyna and everyone: You can guess.

Coach Hedge and the Hephaestus and Ares cabins: You can also guess.

Annabeth and Hazel: Navigating the Labyrinth

Calypso and Annabeth (and possibly Leo and Percy): Magic nets and huge traps 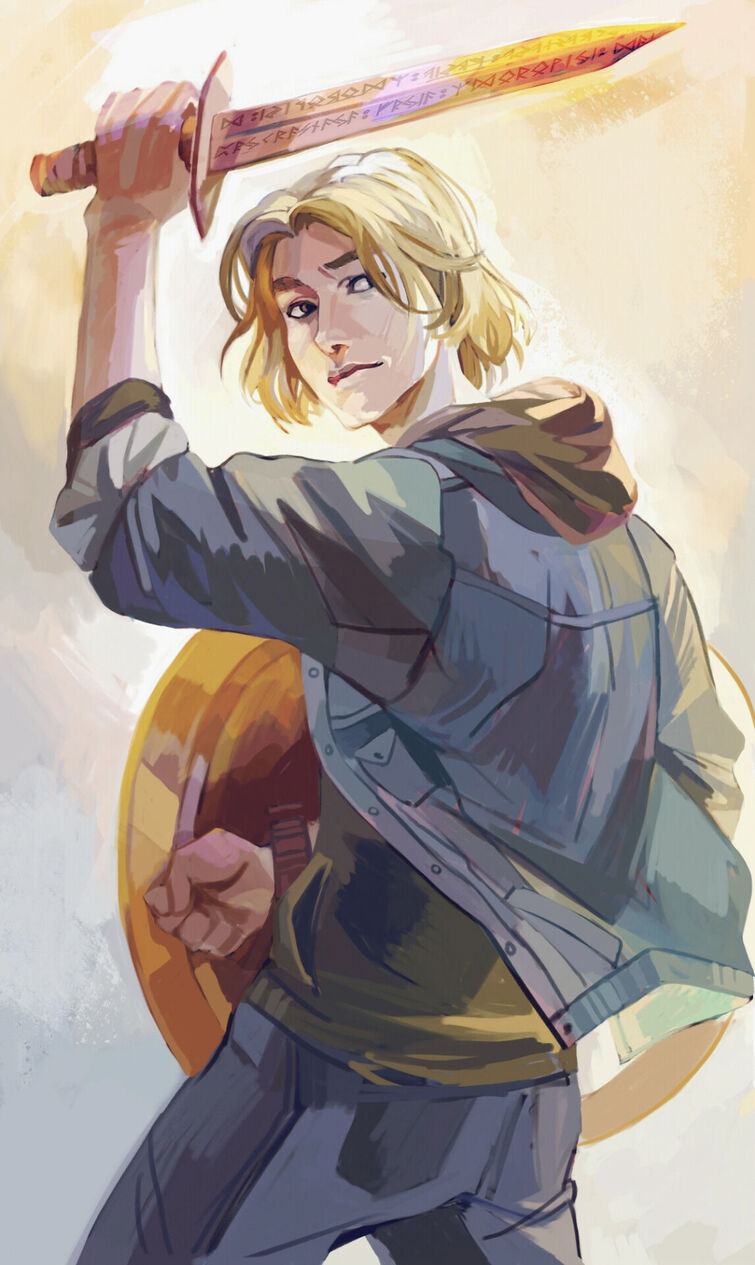 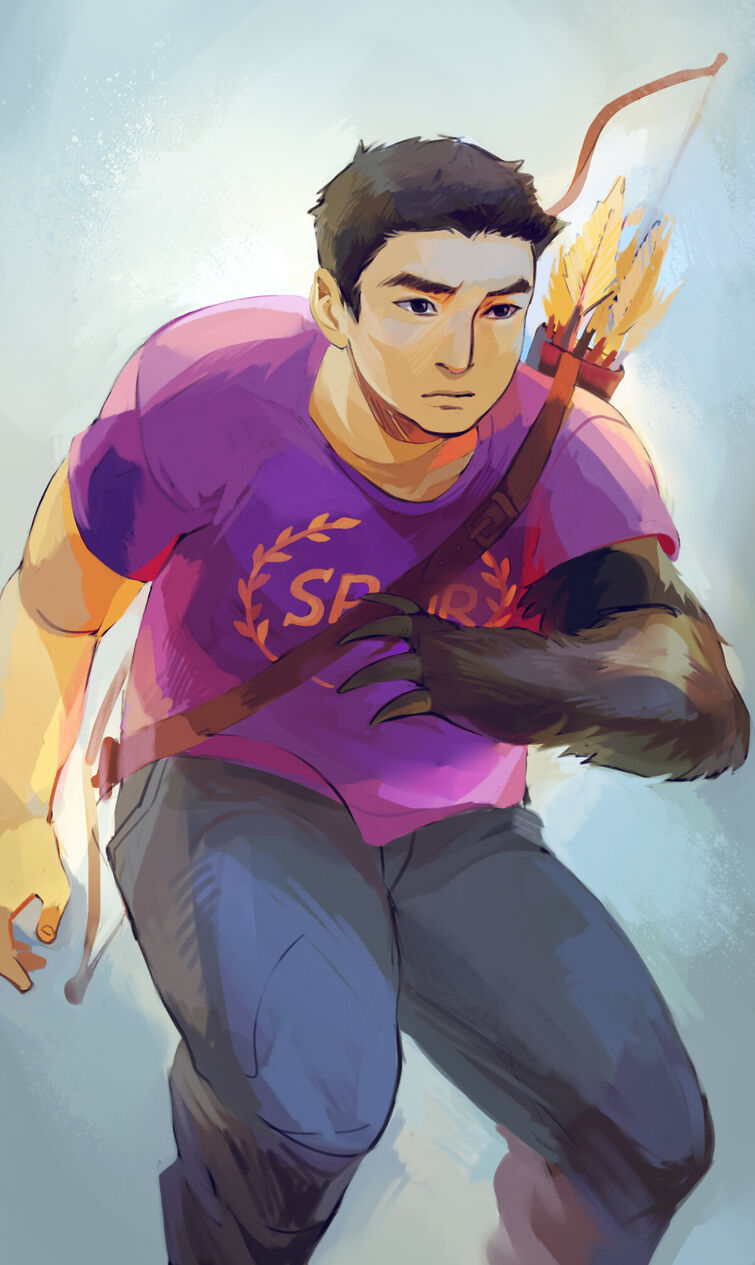 I'll start with Frank. He inherited leadership from Zeus, I mean, he is leading the twelve legion. He also inherited some sub-conscious air control, like he could have controlled the air pressure of the explosion in tTT to survive. it would also explain why Hera would think he is too powerful.

That's a bit of a stretch tho.

Ok, So I think that People with a legacy can inherit the power of legacy from their godly side, like how Magnus is an ancient king descent, and Frank has some position blood.

But that means Annabeth might have some Zeus Powers! But hold up, Anna beth might have gotten the blood of the ancient kings taken out of her. Why? Because Annabeth was genetically formed by Athena, so Athena could have taken out power from other Mythology, to make sure she didn't conflict with her destiny.

Okay this is linked to the Greek Gods, in the movie ares is the main villain and killed all the Greek Gods except zeus, UMMMMM HOW IS THAT POSIBLE.

Demigods usually exhibit powers related to what their godly parent is the god of.

BUT most demigods that I have seen in the Riordan universe only exhibit abilities of one aspect of their Godly parent's control. For example, Poseidon is the god of the Sea, Storms, Earthquakes, Droughts, Floods, and Horses. However, most of his demigod children only exhibit the powers of the ocean as their primary power and I think it would be interesting to see a child of Poseidon that primarily exhibits abilities that correspond with Earthquakes. Same for Athena. She is the goddess of Wisdom, Reason, Strategy, Warfare, Crafts, and Arts and I think that it would be cool to see a child of Athena that primarily controls "crafts" related things instead of just being really strategic.

WARNING: THIS POST IS LONG. THERE'S A TL;DR AT THE END IN CASE YOU DON'T HAVE TIME.

Hey guys! Mint here! So, some of y'all might have wondered at some point: Can Percy bend blood? The answer, as you may have guessed from the title, is... no.

Ok, so let's get into this!

Now, I know what you're thinking. "Isn't this a post on blood bending, not poison bending?" Yeah, I know, but some people get the idea that Percy can blood bend as he has poison bended before. So, I apologize for the inconvenience, but I'm just gonna clear this up first. Here is why Percy could not have Poison-bended anywhere else on earth other than Tartarus at that exact moment:

With his rage combined with mixed-up Tartarus logic, Percy could've done ANYTHING slightly water-related to Akhlys. If Tartarus had a sky, he probably would've squeezed out water from the clouds and made in rain on her, but since the droplets of water are so tiny and spread far from each other in real life, Percy can't do anything about it out of Tartarus. Now, I don't know what exact poison Akhlys had on her, or I would've done some figures with its water percentage, but it's likely that if he tried to do that outside of Tartarus, he would've either failed or died from the strain of trying.

TL;DR: There's not enough water and salt in blood for Percy to manipulate it, and also other stuff in blood that could obstruct Percy's bending.

Well guys, that's it. This post turned out kind of... long. Sorry for rambling so much. Bye!

Do children of Apollo who are healers use stuff like a doctor would (ex. bandages) or have some sort of healing power (Vitakinesis) that expends magical energy, as Magnus Chase does with Alf Seidr? Because if it is the first one, how is that a special Apollo thing? Everybody would be able to do it.

In the individual pages of Will and Austin for example, it says they have the ability only if they sing an hymn to their father, while in the Vitakinesis page, it says Apollo and his children have control over it.

Therefore, I am confused and would like to ask what you know on the subject. Thank you :)

Does anyone think it is possible for a demigod to be born without their divine parent’s abilities and just be about the same power wise as a clear sighted mortal? Such a child of Zeus/Jupiter not having control over air and lightning, or children of Demeter/Ceres having no control over plants, or a child or Ares/Mars not being able to fight. I’m wondering if a demigod was ever born like this.

Think about it, children of Apollo could control sound and light, the two major types of waves or energy (sorry, i'm bad at physics). Meaning they could disintegrate stuff, use high frequency volumes and destroy monsters, on top of that they have mad archery skills. I'm not saying their the strongest but Apollo kids are so underrated, they at least deserve to be in the top 5

Does anyone think it is possible for the children of Aphrodite and Venus to speak other Romance languages besides French, such as Spanish, Portuguese, and Italian? All aforementioned languages are derived from Latin, so since they are from the same language family it seems likely.

Just share your demigod puns. Let this be fun ok.

Here's one to start us off

Percy: Something seems fishy around here...

I've had this question for a real long time. Also, would the children inherit both sides of power or just one?

Does anyone think we should add the abilities of demigods under the Rick Riordan Presents imprint. We already have pages with information from both the main universe and the imprint such as Demigods, various locations, and even some abilities. I think we should, we could just put a notification in the section to let readers know that section is not canon to Uncle Rick’s work.

By minor goddess I don't mean Hestia-level minor. I mean primordial goddess minor, like Nyx or her daughter Eris. I'm writing a story about the kid of Eris and I wanna know who's the strongest minor goddess. Thanks.

We see in the Sea of Monsters that Ares' children can call forth those who died in battle and even summon their boats and such. My question is why isn't Percy, Jason, or Thalia shown being able to summon those that died within their father's domains.

I'd at least expect Percy to be able to summon those who died or were lost at Sea and summon their ships or something, as Naval warfare has been far more prevalent over the last few thousand years. It would make sense that Children of the Sea god would have the power due to this.

With Zeus' children I figure it would be because that Flight wasn't achieved until the early 20th century. But with all the Aerial Combat since then you'd think that would warrant at lease some ability to summon those who died in the Sky.

What are your all's thoughts on this?

The ten main demigods in order of age and their powers are as follows:

Annabeth- Daughter of Athena: Incredibly wise, a naturally skilled battle strategist, and can use all weapons expertly

Percy- Son of Poseidon: Hydrokinesis to an expert degree

Reyna- Daughter of Bellona: Can use all weapons expertly and can lend strength to others

Frank- Son of Mars: A naturally skilled battle strategist, can use all weapons expertly and can change shape into animals

Jason- Son of Jupiter: Aerokinesis and use of lightening to an expert degree

Leo- Son of Hephaestus: Is an expert blacksmith, is an expert fire user, the only demigod fire user in existence

Nico- Son of Hades: Can turn people into ghosts, shadow travel long distances, has total control over ghosts, can sense death, and controls the earth

Hazel- Daughter of Pluto: Ferrokinesis to an expert degree, is a master of the mist

Who has the coolest Powers?

(edited by administrators)
The Heroes of OlympusDemigod Abilities