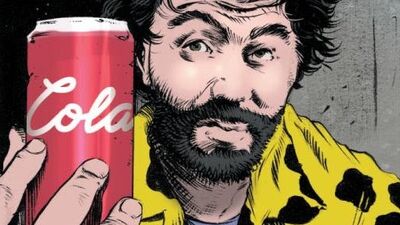 Dionysus, also known as Mr. D, is the Greek god of grape-harvest, wine, madness, parties, religious ecstasy, and theater. He also serves as the camp director of Camp Half-Blood, having been placed there by his father Zeus as punishment for chasing after an off-limits nymph. His Roman counterpart... 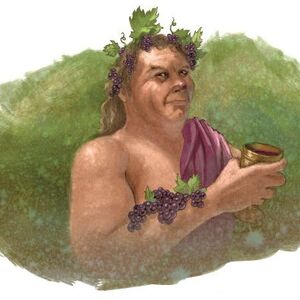 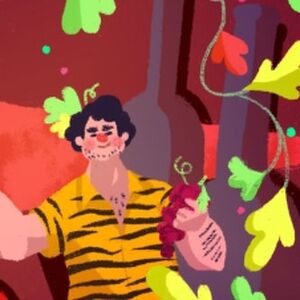 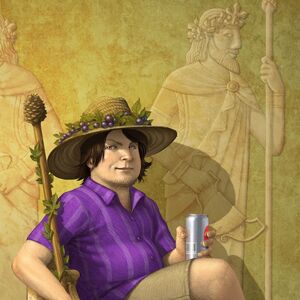 5. Hades - I really liked Hades in the movies because he had a better personality, and was funnier.

4. Tyson - I feel like Tyson was a more real character in the movies, and I liked how he was a funny misunderstood teenager rather then this big innocent baby at heart. Also he was even a little sarcastic at times, and surprisingly, I thought this fit him really well in moderation.

3. Hermes - I love Hermes in the movies, he’s super funny and just a much better character than he was in the books and I think he should have appeared more.

2. Mr D. - Mr D is just as sarcastic and not caring about anything as he is in the books, but I feel like they built that personally better in the movies and he had some really good lines as well, like, “I am listening. You want to go on a quest. Oh, it must be Thursday!”

1. Luke - Oh my god where to start? I loved Luke in the books already, but the way they scripted him in the movies was amazing. He’s just so much more cool, collected, and confident in the movies, and he also has a lot of great lines. Luke was easily the best character in the movies in my opinion.

Percy JacksonLeo ValdezDionysusChiron
Mr. Bitterness & Sarcasm, has a good side though
He's okay.
Love him!
Like him...
Hate him.
Don't really have an opinion...

This is why Dionysus is the best god (or even the best character). He has the most amazing powers (literally driving his enemies mad, killing them with GRAPES and turning them into dolphins). He is extremely well-respected by the nature spirits, being their third-ish favourite god after Pan and Artemis. He has the most amazing character ("The next person, or horse, who calls me 'the wine dude' will end up in a bottle of merlot). He is generally charismatic and laid back, as shown in the Greek Gods. The only reason he's cranky is because he is deprived of his symbol of power, wine, and has to watch a bunch of heroes die, including his own children, which he ACTUALLY CARES FOR. To keep from suffering, he pretends to dislike demigods because it's less painful than bonding with them and then, inevitably, watching them die. Remember that Dionysus was once a demigod. Proof that he's not as mean as he looks is that he deliberately doesn't call Percy by his right name, even though he knows it. He is also extremely underrated. He does everything in the most badass way (like how he defeated the manticore). He saved Ariadne after she was heartbroken and abandoned on Naxos by Theseus. He made her IMMORTAL. Despite what everyone (albeit subconsciously) thinks, he's actually YOUNGER than Chiron. He was trained as a hero by Chiron, making him humbler, more amazing and less stuck-up than the other gods. And there are just moments where you can't help but like his character. He's given the ENTIRE SERIES to build his character.

Nico: In my game, Mythomagic. And a holofoil card, too! And even though you've only got like five hundred attack points and everybody thinks you're the lamest god card, I totally think your powers are sweet!

Hermès: He’s a Amazing father Luke and genuinely cares about his Children, for Luke’s case he couldn’t do anything but sit back and watch as his Beloved pride and joy suffered. Which he couldn’t stop it’s was his destiny and if he intervened it would’ve caused great tension. And Near the end of TLO he wanted to Percy to collect his children which most gods don’t even care for.

Dionysus: He might not be as obvious as Hermès but he definitely does care for his Children Castor and Pollux. He became upset after the death of Castor in The Battle of the Labyrinth which most gods don’t seem to care that much. He even asked Percy To take care and make sure the same fate that happened to Castor doesn’t occur to Pollux.

Would Dionysus have demigod kids with a guy or just women? 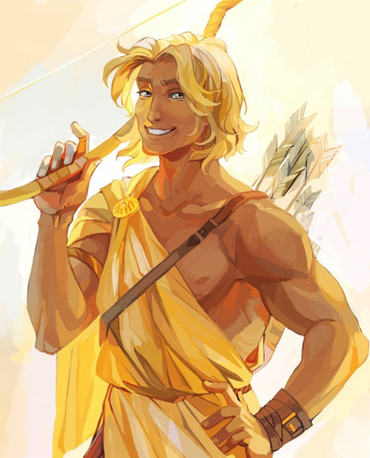 Being a god then being turned into a mortal 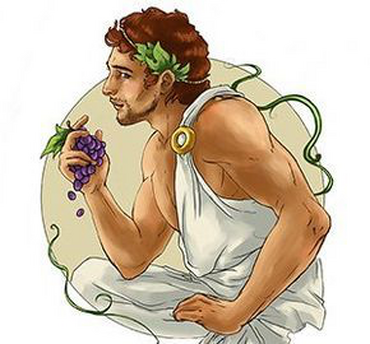 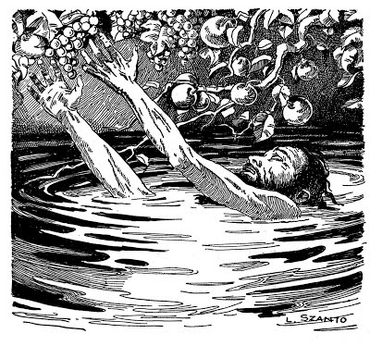 Not being able to drink/eat forever 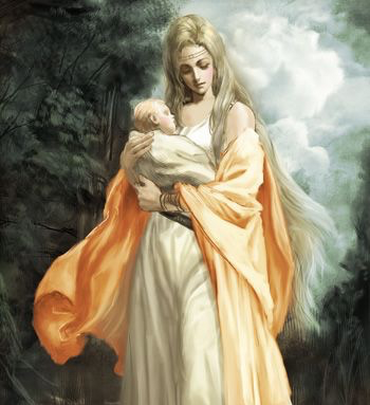 Not being able to give birth on land

So, when we think about Dionysus, we think about this middle aged, paunchy, wine drinking dude who's always sour. But in ToA, Apollo says Dionysus had the appearance of a cute young guy before he got punished. I'm just saying... it totally changes my viewpoint on him. If he's in a younger form, I'm guessing he would be more energetic like Apollo and it would totally make sense for him to chase a nymph. (He's a male god, that's like a male god's main hobby) His children would probably be pretty cute as well. He's probably a lot nicer too. Sure he holds a grudge and acts sour, but so do you when your mad... for like 5 minutes. But gods are known for holding a grudge for a long time. And 50 years to us is like 50 months to them. We know Dionysus is capable of being nice, (We've seen like one or two examples) and Dionysus is always in a really bad mood. So imagine him being more energetic and in a good mood. He would be totally different.

But those are just my thoughts on the matter.

(edited by moderator)
Hazel LevesqueDionysusFrank ZhangGrover UnderwoodClarisse La RueChiron
Wine Guy- I'M NOT THE ONE WHO CALLED YOU THIS
Mr. D
Old Drunk
"Annoying young brother"- NOT MY WORDS MR. D
Copycat- STILL NOT MY WORDS
The Whining wine

Is anyone else thinking how great Alex, Sadie, and Mr. D would get along?

Hey who is this guys mom

Dose any one have a list of all the names Mr d incorrectley called Percy , if so can you add them to

I'd been trying not to pay attention to Mr. D, but he was kid of hard to ignore in his neon orange leopard-skin warm-up suit and his purple running shoes.... A golden laurel wreath was tilted sideways on his curly black hair.

If you can draw this it would be awesome!!!