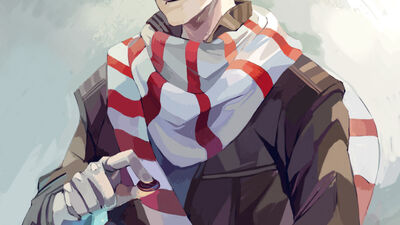 Hearthstone, more commonly known as Hearth, is a deafElf, the son of Alderman and Greta, and the brother of Andiron. He is a skilled and cunning user of magic. 1 History 1.1 Birth 1.2 Death of Brother 1.3 Meeting Blitzen 1.4 Serving Mimir 2 Magnus Chase and the Gods of Asgard 2.1 The Sword of... 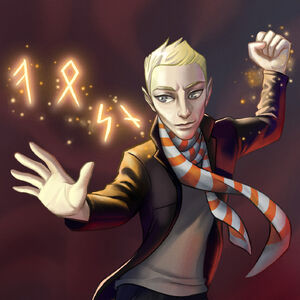 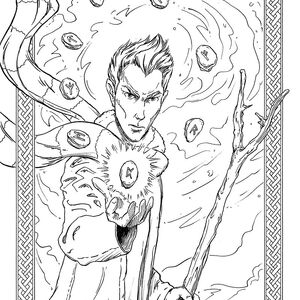 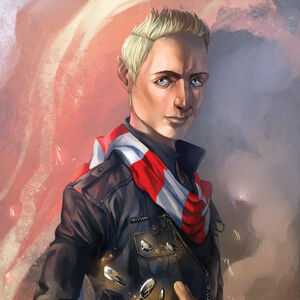 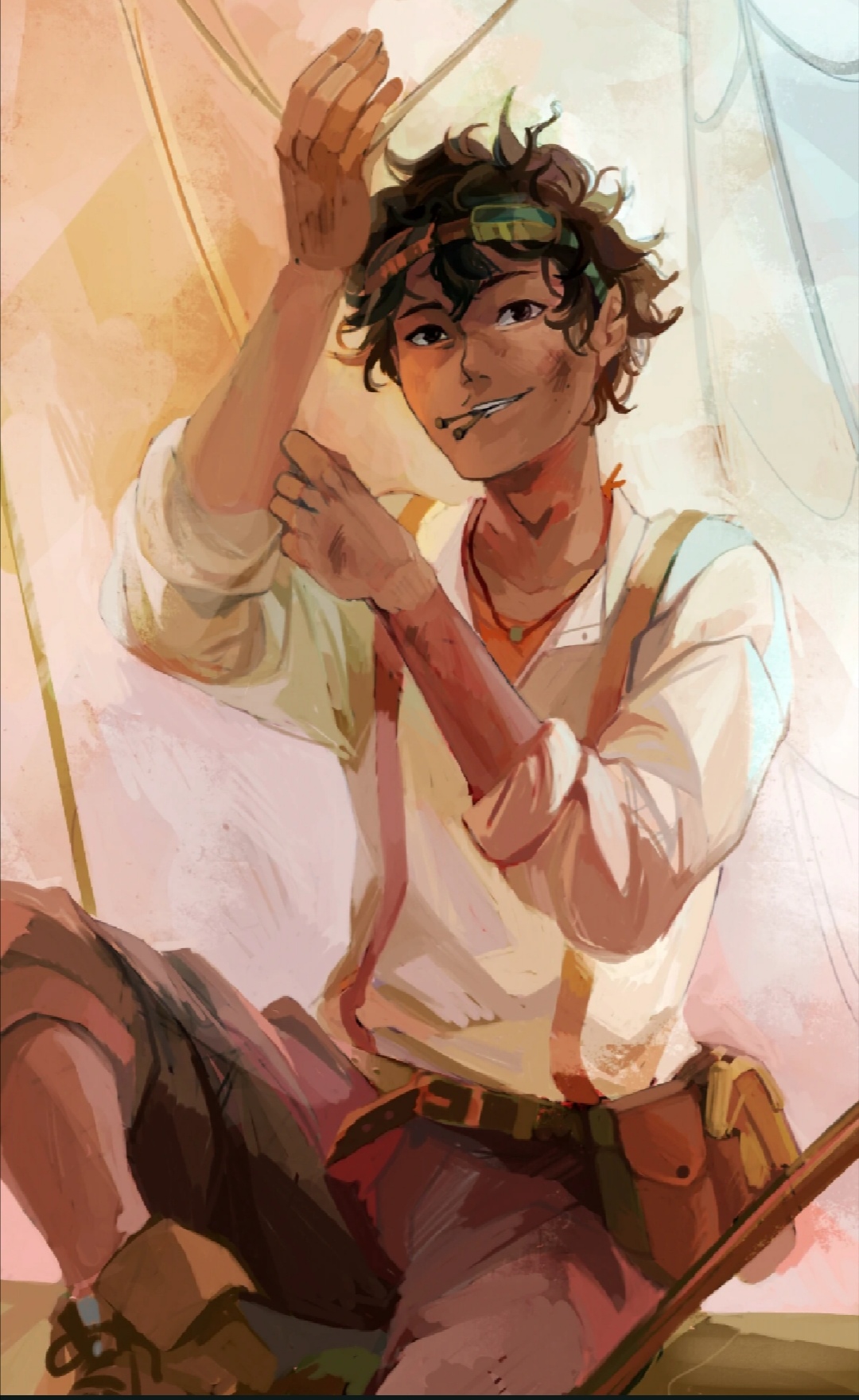 Ugh he isn't cute. He belongs to the street 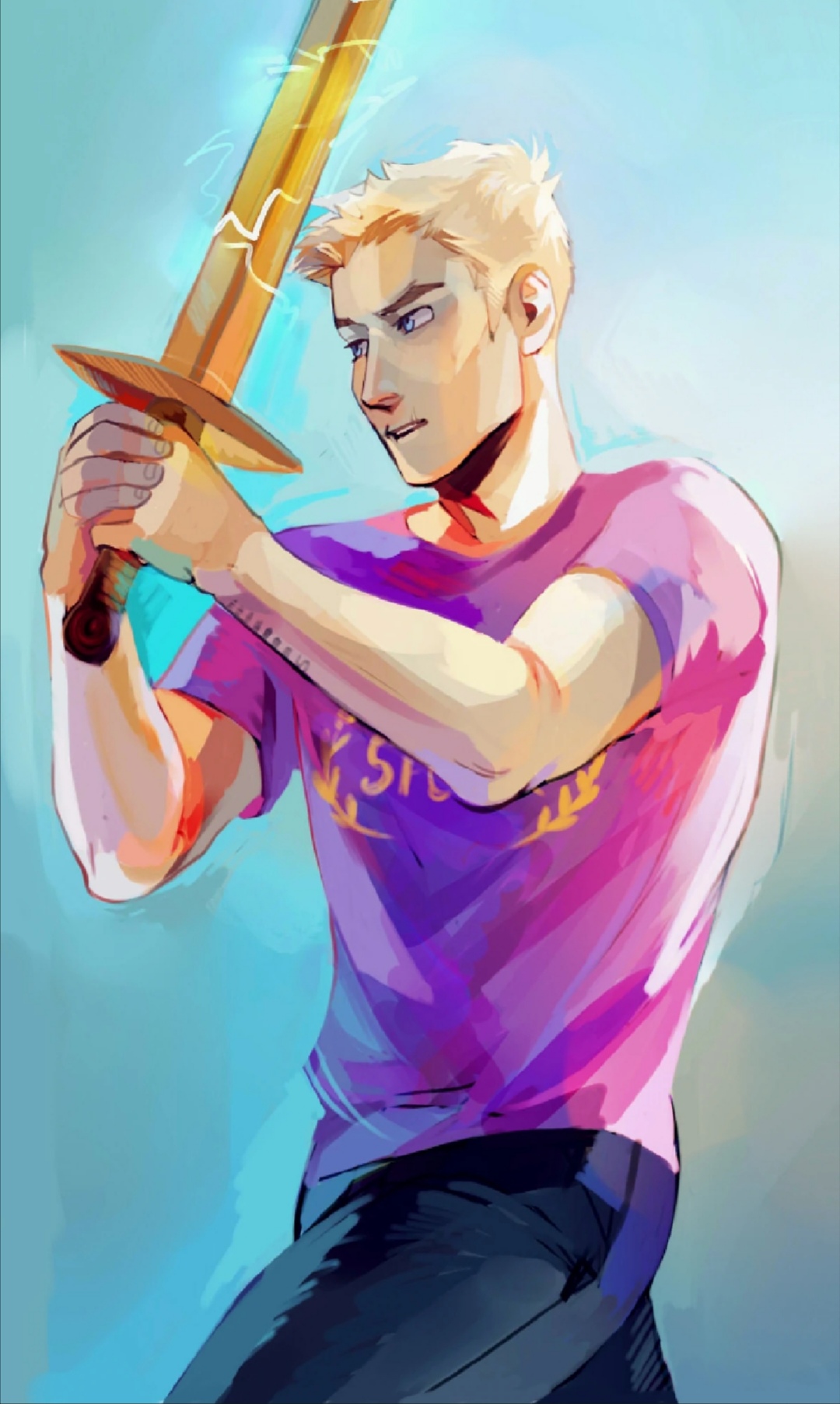 Show off and annoying 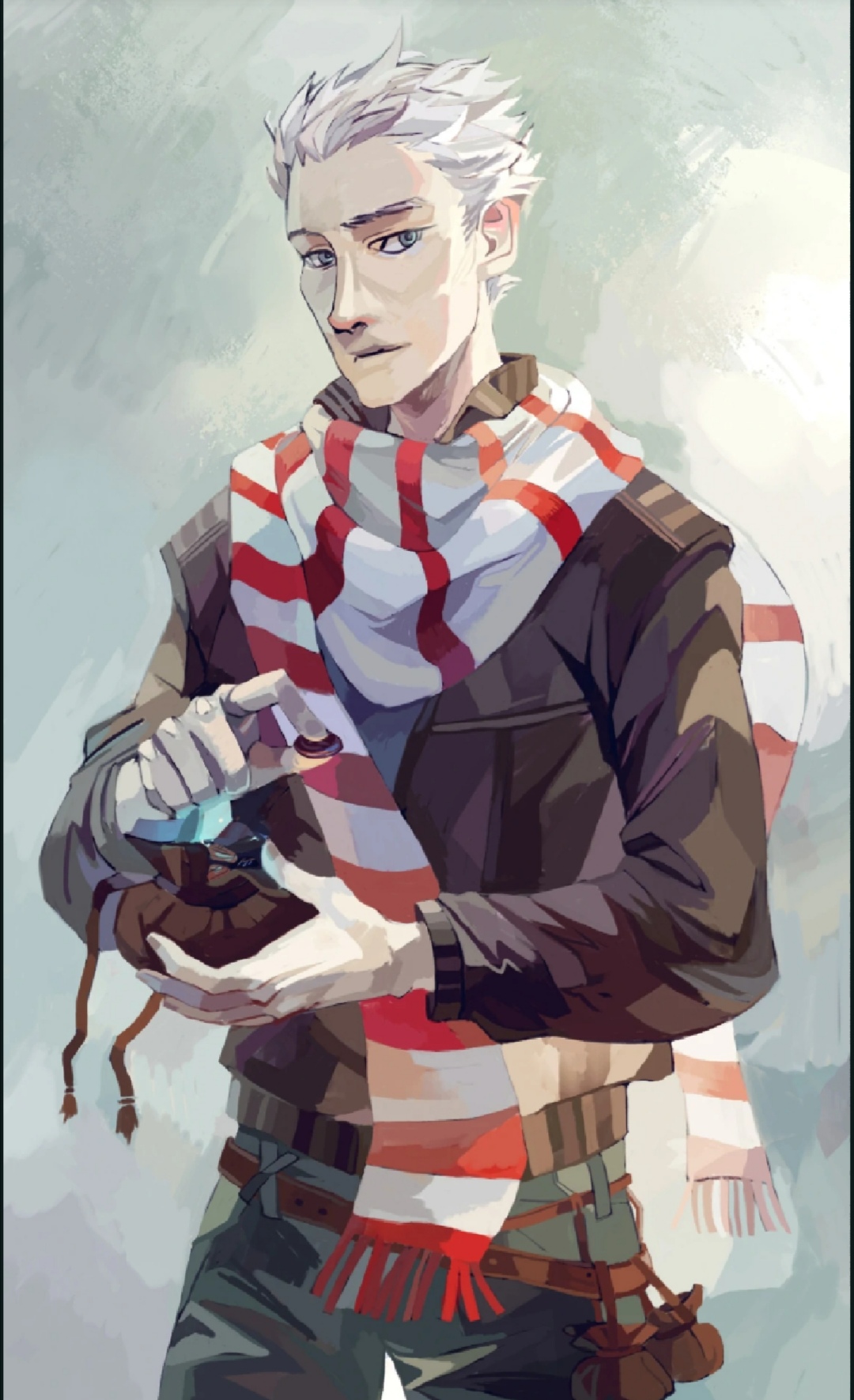 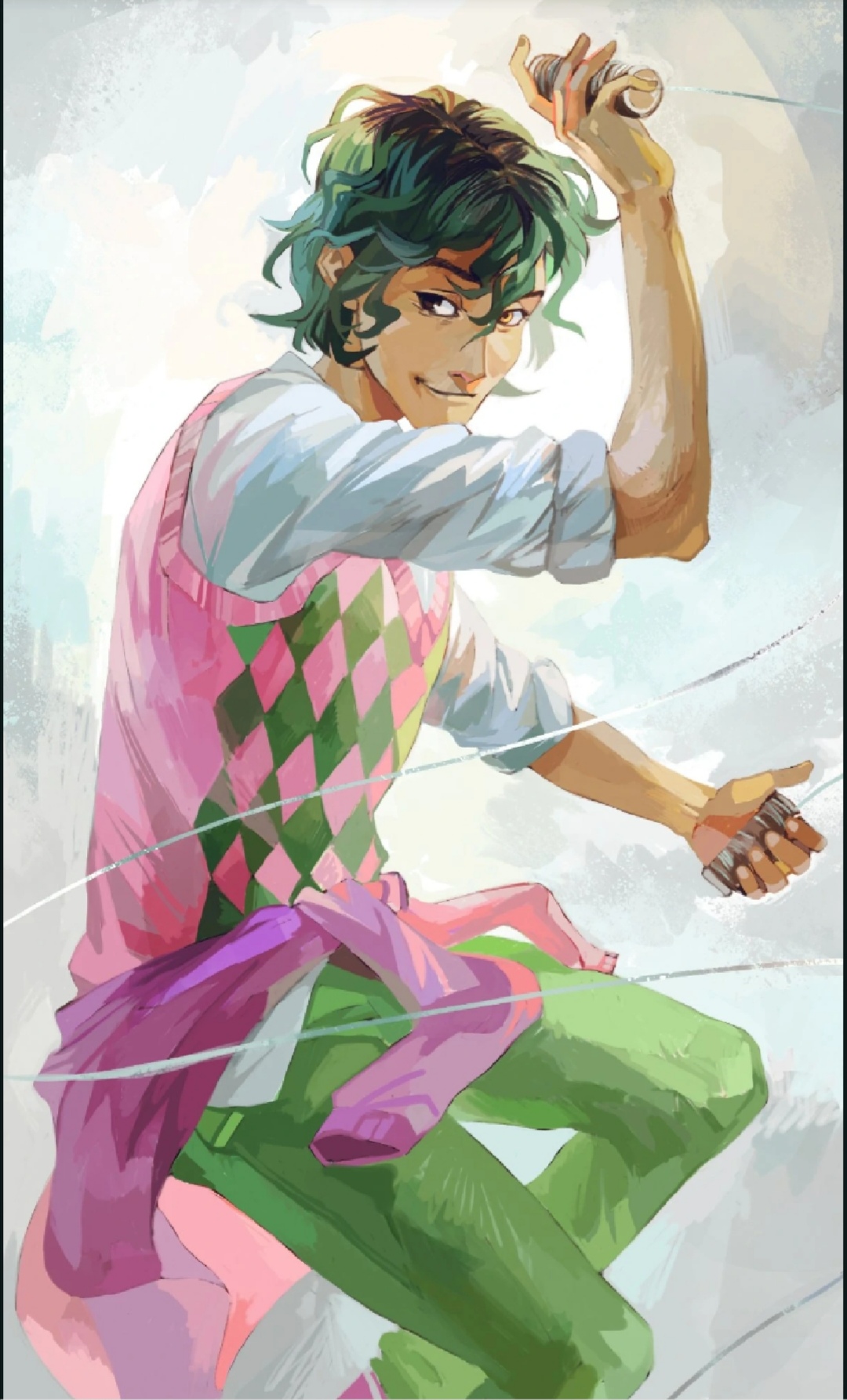 He looks like luka. But he wears pink and green 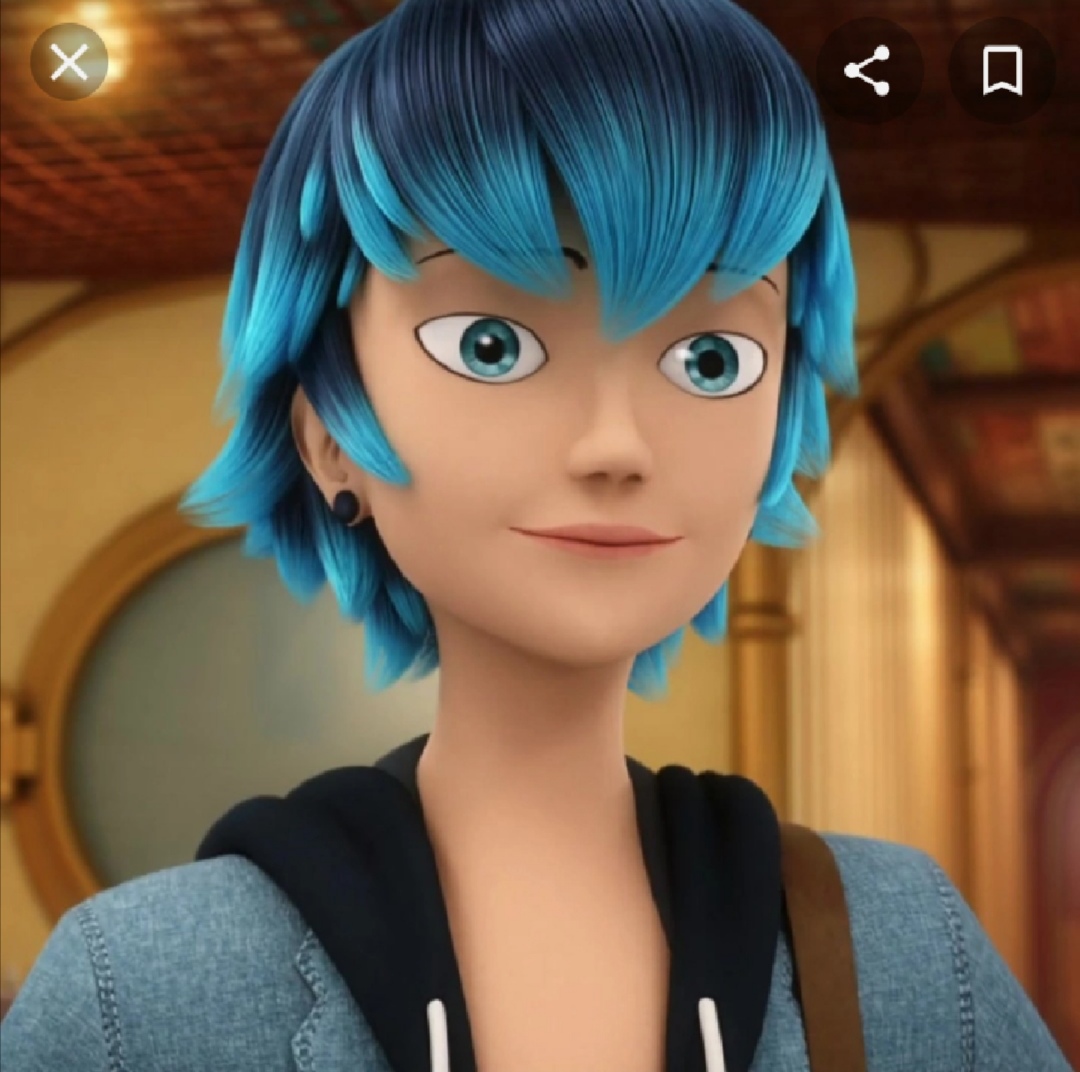 This guy from miraculous 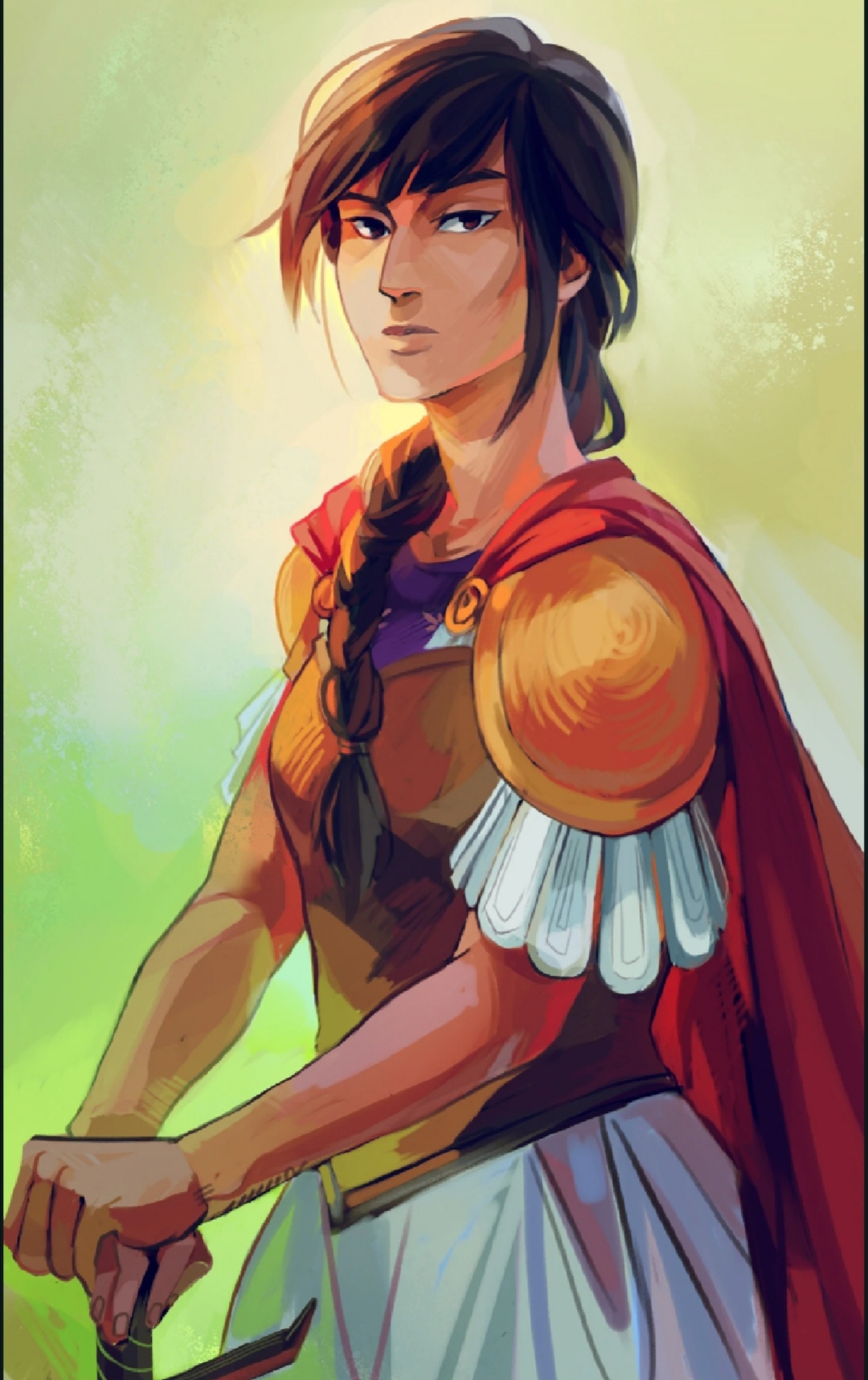 She looks like a boss/leader of the group. Very strict. Never showers

So I has reading the Hammer of Thor, and I had this crazy thought

He could possibly be Hearth's brother too. 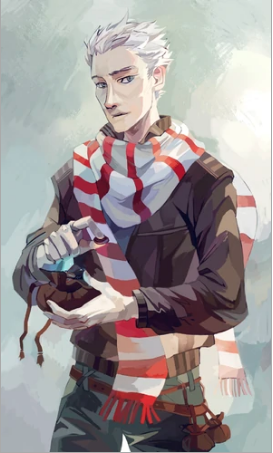 (edited by Booksarethebestfduser)
Magnus Chase and the Gods of AsgardHearthstone

The Silent One lived up to his name and sat with us silently, occasionally asking Hearthstone question in a form of sign language I didn't recognize

-The Hammer of Thor

What were they talking about?

So, in The Hammer of Thor and The Ship of the Dead, Hearthstone’s Dad is referred to as “Alderman” or “Mr. Alderman”. So, what do you think his actual first name is?

Nico di AngeloHearthstone
Ship it!
I think they're just friends...
No opinion

Annabeth ChaseHearthstoneFight in the Colosseum
Yeah! I Love him!
Nope. Hate him.
Meh. He's okay.
I think he's good. but not that much
Lil less than hating him more than okay-okay.

Something I love about the Riordanverse is that throughout the books series, the representation gets better and better. I feel like so many kids across the entire world can relate to the characters and see them self in each one for something they have experienced, and of course they are fun and hilarious too. Rick doesn’t ignore problems that are clearly there and were there, and by doing this he shows a lot of children that they aren’t alone.

The Magnus Chase trilogy is often pushed to the side along with the Kane Chronicles, but it’s one of my absolute favourites out of all the 5 series (second only to ToA) because of how much effort Rick clearly put in to represent these qualties in the characters of this book series. And here’s 5 of them to show you what I mean. 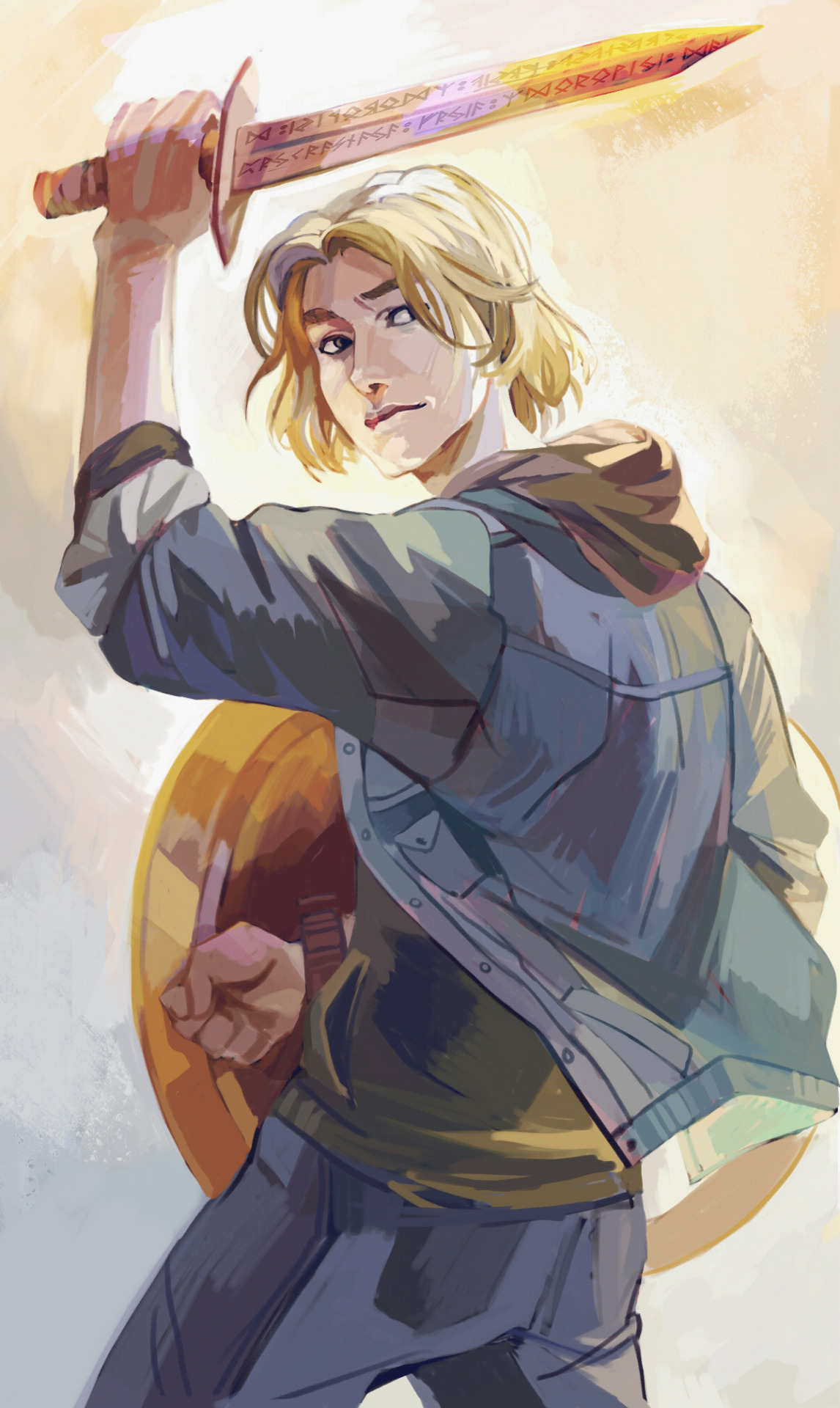 Magnus Chase, our main protagonist. Apollo isn’t actually the first LGBTQ+ protagonist in the Riordanverse, Magnus is. Even though his sexuality isn’t specified, and could range from pansexual to spectrasexual or anything in between, he dates Alex Fierro, who is genderfluid, and so can’t be straight. He represents homeless teenagers and children, which is awesome. He lives on the streets and in homeless shelters, and I feel like some people can really connect to him if they are like him. He’s not that “chosen one” main character that’s amazing at fighting on the first try and the son of a major god, he’s a healer and a son of Frey with a hilarious talking sword, which I thought was a breath of fresh air. I liked how his relationship with Alex wasn’t forced and the be all and end all of the books, it was casually introduced in the THoT, and they didn’t even make it official. He’s not perfect either, he’s sarcastic and a little mean, but he is extremely loyal and clearly protective over his best friends. 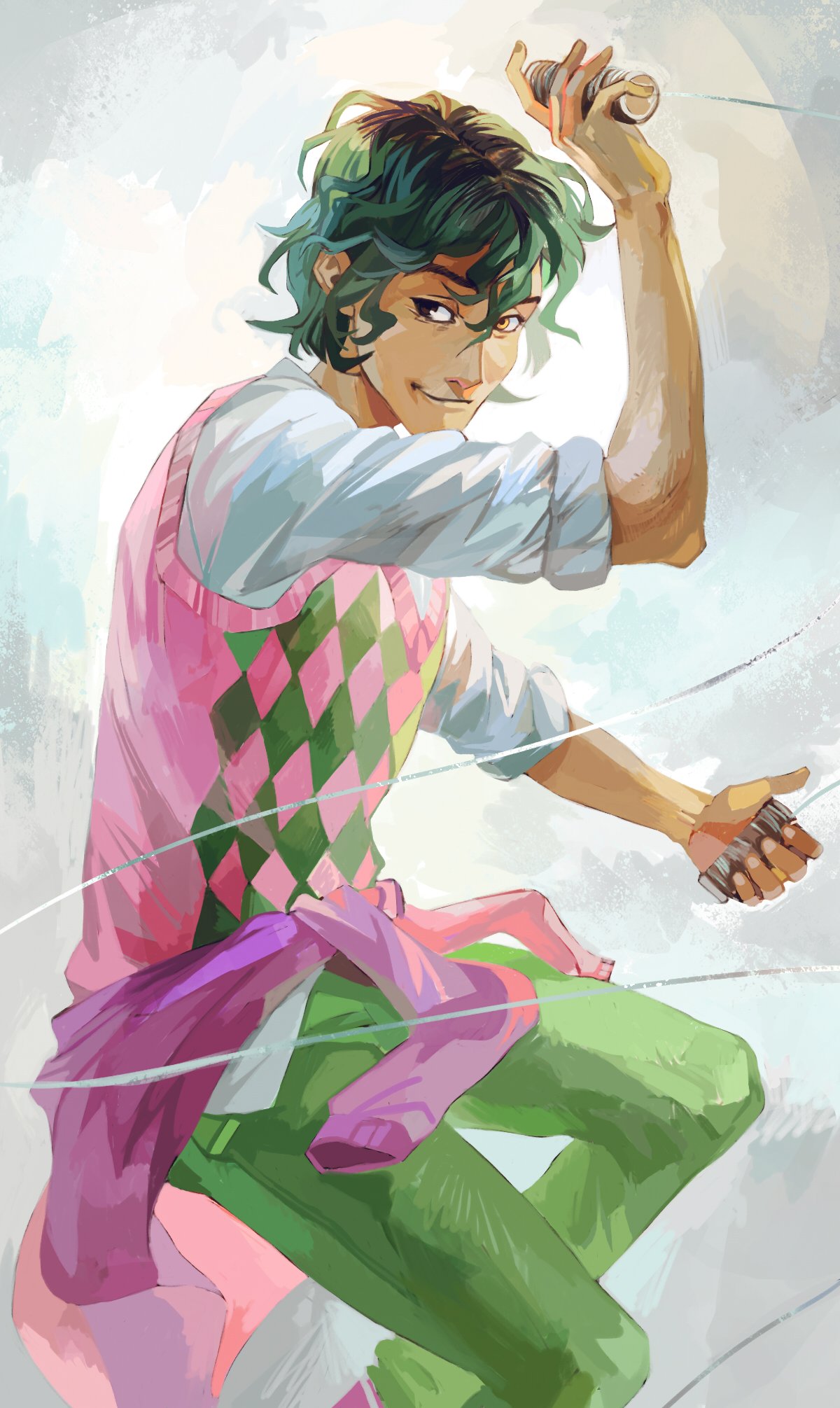 Alex Fierro, our transgender and gender fluid main character. Firstly, let me start by saying that she’s also a PoC. She represents so many amazing things, like homelessnes and what some trans and gender fluid kids have to go through when they come out to their parents. She’s a daughter of Loki, and therefore a sister (and sometimes a brother) to Sam, and it was interesting to see how their relationship developed - Alex obviously deeply cares about her. Alex is fun to read about, and I definitely laughed out loud a couple of times in some scenes with her. The way she interracted with Magnus was very funny, and I really liked her strength and rebelliousness. With the way she acts, you can see how her childhood issues did affect her, and if gives her character some realism, which is something that Rick is really good at even though he writes fantasy books. 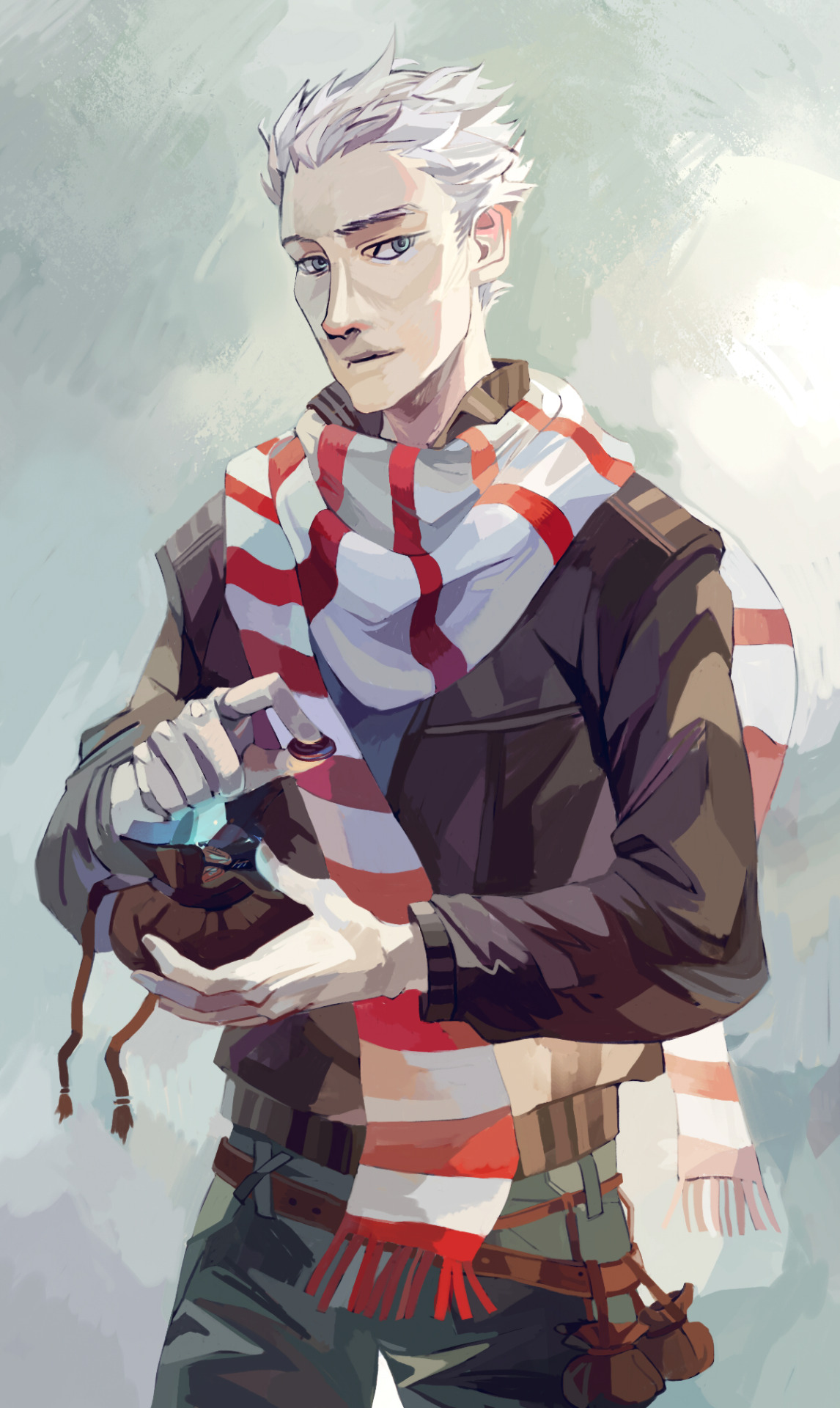 Hearthstone, our beloved deaf elf (I don’t think I’ve ever read about a deaf elf before, but that’s what Rick’s books are about, right?). He speaks through sign language, and I really love how the team made an effort to learn it so that they can communicate with him. He’s also homeless, like Blitz, and together they are kind of like older brothers or even fathers to Magnus - they’re relationship was super cute. I’ve come to ship Blitzstone (I didn’t like it at first, but thinking about them being like dads to Magnus made me change my mind, among other things). He was abused by his dad for his brother’s death, and the way it was written made me super emotional. I really like how his character was written, and how he ended up pursuing his dream of using runes to perform magic, and his friends helped him with his abusive father. 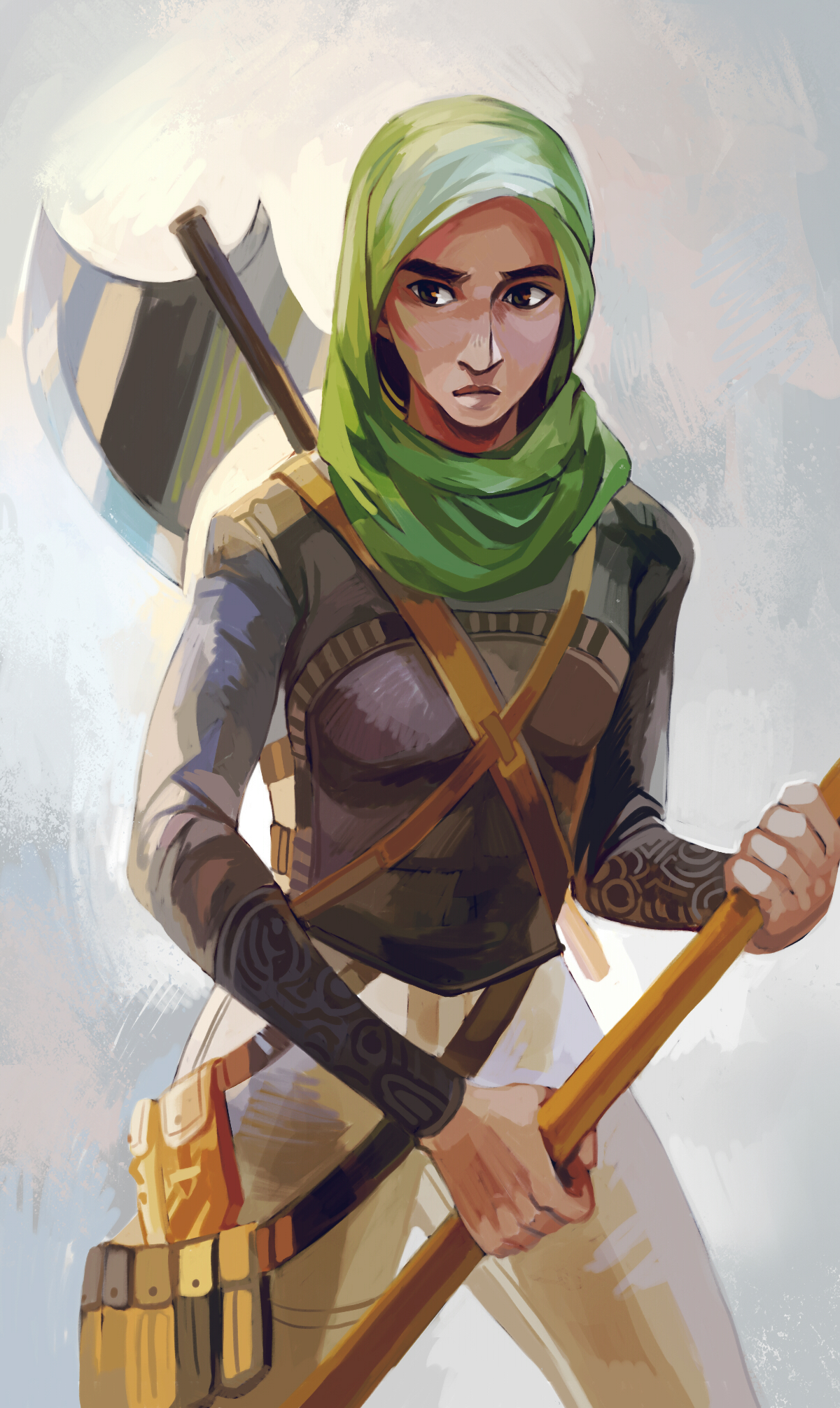 Samirah Al-Abbas, the Muslim valkyrie. I don’t think there is another (maybe there was one or two) Muslim character in any dystopian fantasy/fantasy/sci-fi book I’ve read or movie I’ve watched, and I was literally blown away when I read about her. One of my best friends that I was reading this series with is Turkish and Muslim, and he was so pleasantly surprised by the research Rick put into writing her character correctly. Of course, there was one or two things that were a little wrong and the idea of having someone that believes in one rather than many gods in a world where there are multiple deities is a little problematic, but overall it was amazing to see a hijab-wearing character in a fantasy book. Other than that, Sam is a badass female character with some serious skills - she was even offered a place as the head of the valkyries. 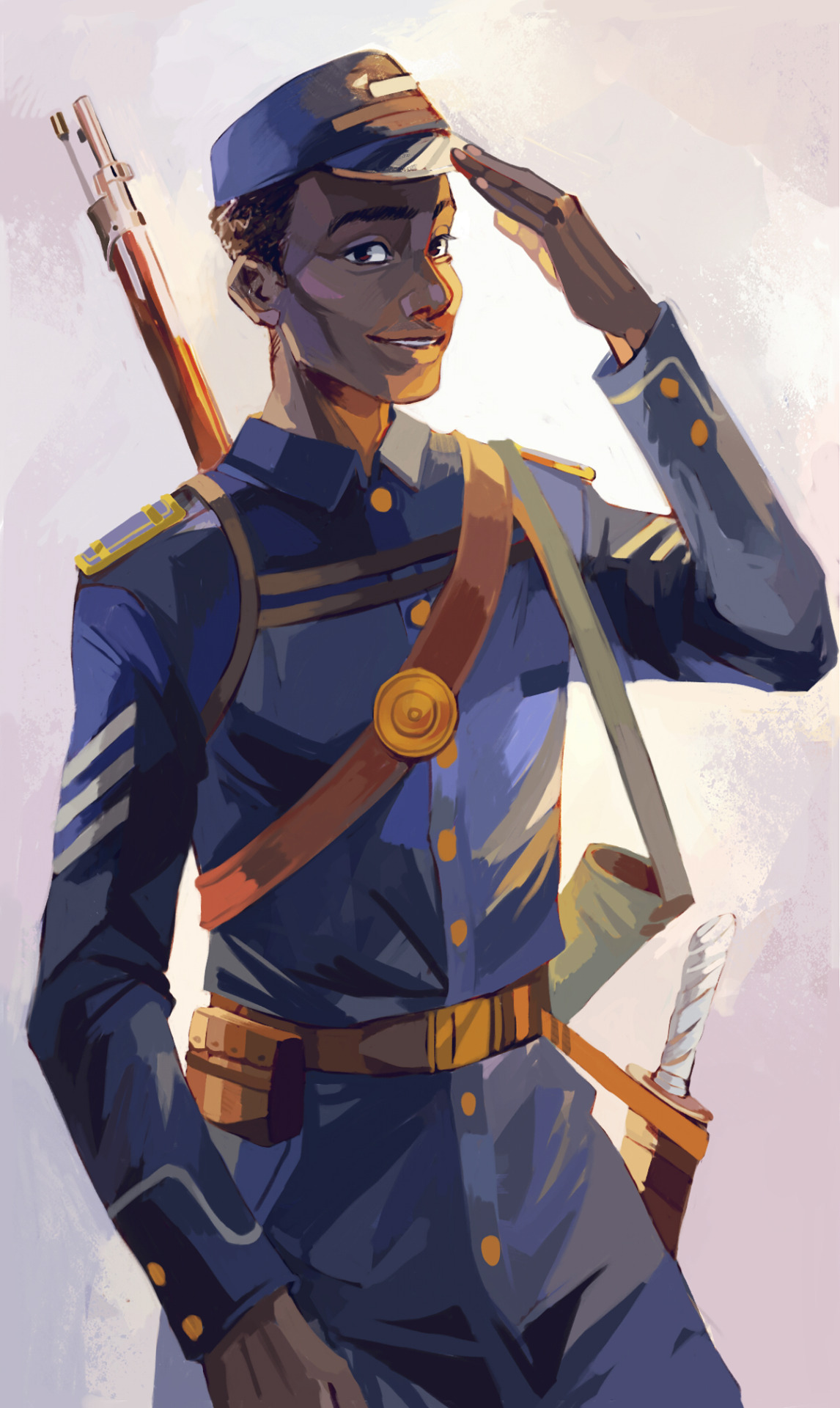 Thomas Jefferson Jr, an einherjar on Floor 19. He was the son of an escaped slave. Let that sink in for a minute. He was born after slavery was sort of abolished, but of course there was still appartheid and lots and lots of extreme racism going on. It still hasn’t stopped to this day. Anyway, he experienced all of the horrible stuff that happened in that time period, and that was something that I just realised is, like, a big thing. He’s also a demigod son of Tyr, the law and justice god, and he can’t back a way from a fight. He’s a crucial part of the team, and he played a major role in the defeat of the antagonists of MCGA. Plus, he actually fought in the American Civil War! A lot of people overlook T.J, and I used to as well, but he actually had an interesting past life and he’s pretty cool, too.

I hope you guys enjoyed that post (sorry that I haven’t posted in quite a while), and I hope I convinced you to read MCGA if you haven’t already, or just appreciate it a little more if you have.

So, in the last two,

Sadie has got magic, but we have Jack. Magnus is a healer so he just has to step back and let Jack do the work. I don't know if magic will work on Jack though.

And in Hearth vs Zia,

P. S. We twice had/will have fights between the blondes. (Magnus/Sadie; Will/Annabeth)

Comment on who you think will win this all.....

HearthstoneZia Rashid
I ship it! They support each other and are cute
Meh
No. I like them platonically better

Magnus Chase and the Gods of AsgardHearthstoneBlitzen 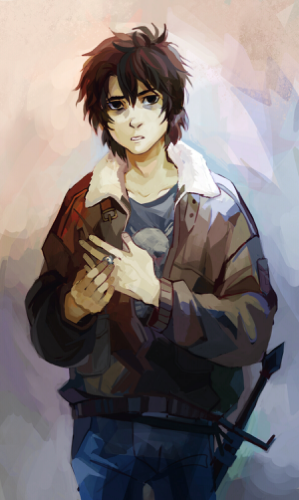 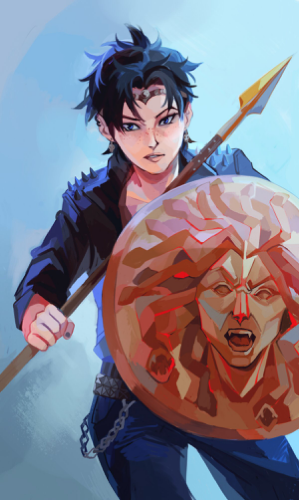 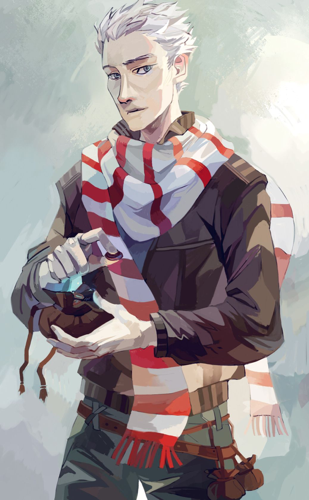 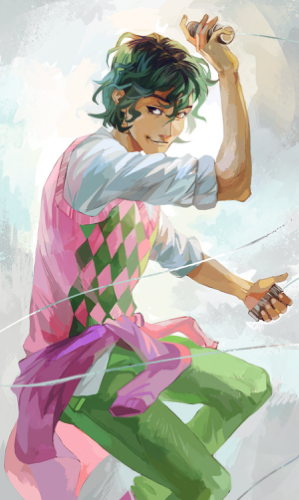