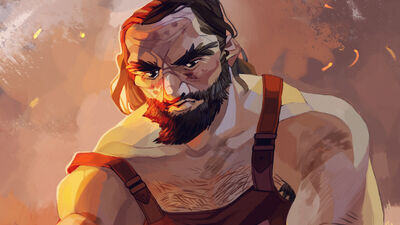 It isn’t easy being a brilliant inventor, always alone. Always misunderstood. Easy to turn bitter, make horrible mistakes. People are more difficult to work with than machines. And when you break a person, he can’t be fixed.Hephaestus Hephaestus is the god of forges, fire, technology, craftsmen... 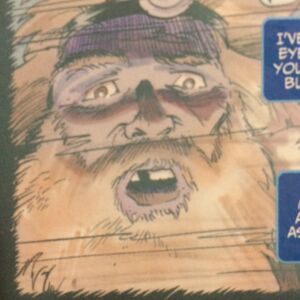 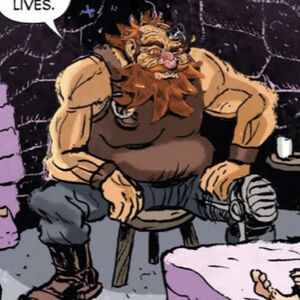 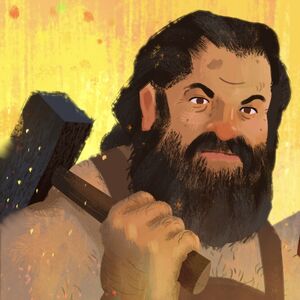 93: Achilles, despite being invulnerable, had impervious armor made for him by Hephaestus on his mother’s request.

94: The story of Achilles being invincible was actually written by a Roman poet many years after the Iliad, which simply portrayed him as an incredible warrior.

95: Despite the books portraying Achilles with black hair, he was originally said to have flaxen (a pale yellow color) hair by Homer.

96: Chiron gave Achilles’ father, Peleus, a spear as a wedding gift, and it was passed down to Achilles.

Have such ugly fanarts,

They r literally and gods and reha was said to be literally knockout gorgeous..

Is Leonidas Valdez the perfect character? Before I begin,please take this with a grain of salt as I haven't read these books in a year and I have a somewhat biased opinion. Now,let me begin.

Leo is a dynamic character with an interesting past. His mother died when he was 8 years old (who he was quite bonded with),and he never knew who his father even was until he was 15. He suffered a rough foster care life,had delinquent like habits,and would often be in trouble with the law for his run away tendencies. When Leo meets Hephaestus for the first time,he argues with him about the past. By ToN,Leo doesn't necessarily HATE him anymore and treats him like a dad. Leo also experiences general development. At first,he was a hopeless romantic teen who relied on other people for his happiness. While you can make the argument he hasn't really changed,I think he has made SOME development. I will agree,though,he is still weening off other people to support him. Like with Calypso(and every person he's ever romantically liked) ,how he feels about himself reflects off about how they feel about him. When it was revealed that she actually did reciprocate feelings,Leo felt loved for once. He never loved himself,and probably still doesn't. But then why is he the "perfect character?" I consider him this as he goes through some development,but not so drastic within a short period of time that it becomes unrealistic and makes him flawless. People change,but sometimes it isn't always for the better. (Leo's change is semi-controversial,so I am not going to label it as good or bad)

The fandom loves Leo,and for good reasons. His character is literally timeless. Despite the books being written over one decade ago,they are still popular among middle grade aged kids and teens today. Not only that,but you still love his character even years and years later. With many people (including myself),you initially feel attracted to his character due to his physique,"edgy" attributes,and "deep" backstory. But later on,you start to appreciate his inner complexity. I still love his character to this day,and so do many other people like myself. Beyond development,I think his overall character is a whole subject to debate. Some argue that he isn't fit for being a traditional protagonist,and he's more of just a comedic relief,antihero,or would work well as an antagonist. Is he a good or bad character? That's up for you and only you to decide. That's what I love (but also hate with all my heart)about literature,it's all up to interpretation. Your opinion is always the fact in your world,and nothing can stop that.

Selina Beauregard and Charles Beckendorf! (Yes they died heroes and I'm sorta disrespecting them) Their relationship was kinda disgusting since they are technically step-siblings sooooooooooooooooooo..... HOW DID NO ONE POST ABOUT THIS

Are they divorced together or what. In TTC Aphrodite warned them about "her husbands junk yard" but in Percy Jackson and the Greek Gods he says that they got divorced. I am confuzzled.

So, I am confused on something. Please someone help me out.

So, we all know Hephaestus went up to Olympus, all angry, and trapped his mother in her throne, right? And both Ares and Hermes couldn’t get Hephaestus to release her, but Dionysus did it by getting Hephaestus drunk off of wine. Hephaestus then freed her and joined the council, correct?

So, later, when Zeus was having his big headache, Hephaestus split his skull open, and popped out Athena. And later on, Athena fought in the Gigantomachy, defeating Enceladus. But Dionysus was a demigod then, and him convincing Hephaestus to free Hera implies that he was around on the council before Hephaestus and had already created his wine, and Hephaestus was around before Athena…yet Dionysus was still a demigod during the Gigantomachy, an event Athena was in. I’m just so confused right now 🤚

Exactly what the title says it is.

If you go out in public anytime this week, be on the lookout for people that look like Riordanverse characters. Inspired by @Bluehairbrushninja 's post about Will at Chick-fil-a. Please report back.

Name as many Hephaestus campers as you can.

STORY TIME KIDS!!! (eeww i hate myself so much lol)

I suck at pronouncing names and words. i wanna see if i pronounce these names right. comment down below if I'm correct or not. please only comment if you are 100% sure that that is how you pronounce the name so people (and me) don't get confused. thanks :).

NAME's HOW I PRONOUNCE THEM

Soo my Frusin (check mah bio for more info on that word) and I were just talking and somehow we started talking about the birth of Athena. and we realized this is how it happened. this is EXACTLY how it happened :

Hephaestus : yoo thanks Apollo for making this amazing song!!

Apollo: *in the background* Watch him do it

*Hephaestus and Apollo run out of the room*

Athena: what the frick just happened

Wait does this count as a meme? if it does ... you can delete it i will post this in the official meme post .

@Coconutsanddaydreams and @Layla135 and @GraveDigger84 Thank you for your comments, It was really encouraging. So I plan to just introduce a few of them today, and if I get a total of 15 upvotes AND positive comments AND people saying they want me to do more, I'll do more.

Hera: *talking to Zeus* Roses are red, Violets are blue

Hera: *points to Hephaestus* you are ugly and-

Hephaestus: *points to Hera* so are you. *walks out the room and high-fives Leo*

Hera: EXCUSE ME GET BACK IN HERE YOU LITTLE PIECE OF CRAP.