Katie Gardner is a Greek demigod daughter of Demeter, and the former Head Counselor of her cabin at Camp Half-Blood during the Percy Jackson and the Olympians series. Katie is the counselor of the Demeter's Cabin. During the War Council Meeting, it is shown that she has had a bitter rivalry with...

I was just wondering why people ship Tratie so much, even though there is barely any sort of relationship between them in the books.

Travis and Connor Stoll who?

Travis and Connor Stoll my flowerpots!

Also, has this been done before or something? If yes, then just wanted to say that this is my own completely original creation and I didn't intend to copy anyone or anything.

Travis StollConnor StollKatie Gardner
I ship them to
I don’t

Does anyone know where Tratie came from? Like who came up with it, when, and why? I’ve been wondering this for a long time now. I do ship it, but I’m just confused. 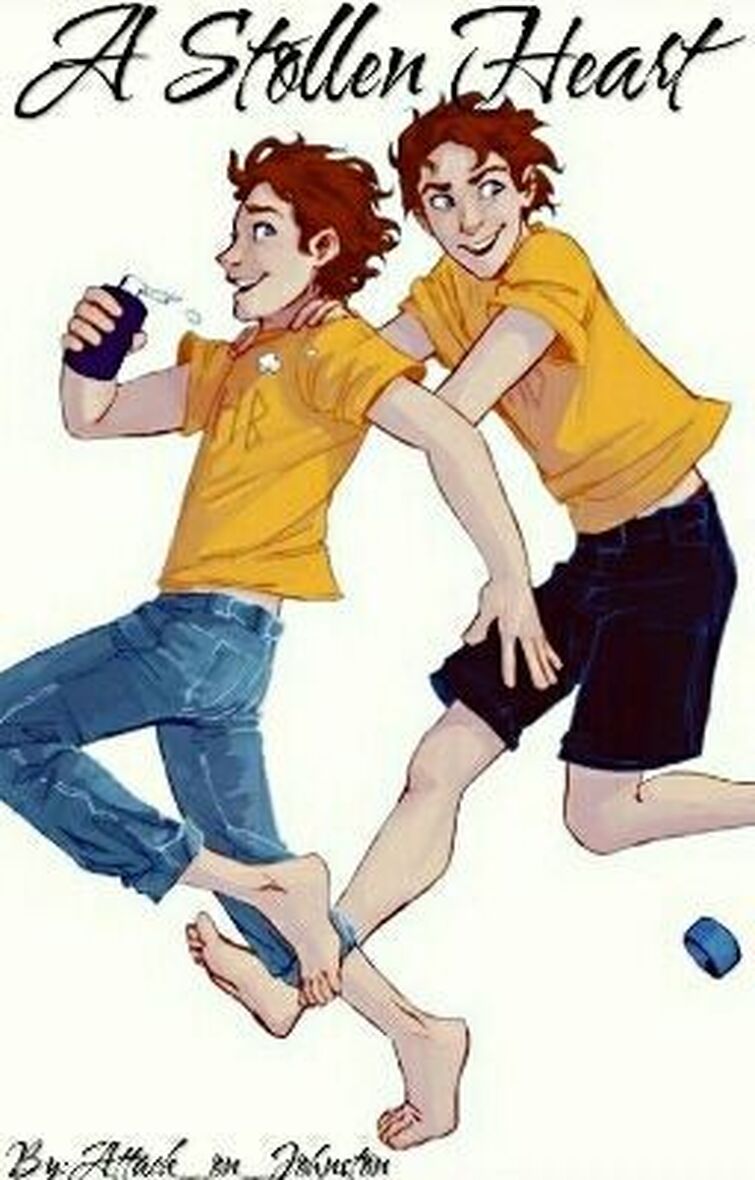 D'you think Travis had to go vegetarian when he started dating Katie?

Travis StollKatie Gardner
MY OTP!!!!!!
yeah, i like them
meh
ugh
GO TO TARTARUS!
dunno/what's tratie?

So I know that there are a lot of Tratie shippers and I am one of them but I need info. Like who invented Tratie? Why, when, who..? (Travis & Katie) I think that the are ADORABLE together and they are one of my OTP’s but I don’t know. Is it because of the “opposite attract” thing? Guys help me out.

Hi guys! Today I’ll rank all the gods but based on their children’s powers. I will be ranking them for usefulness, not the power being “cool”. This is not going to include Artemis.

I might rank this higher if we saw more of Pollux and Castor, but currently we don’t have insight on what Dionysus’s children’s powers are.

Let’s face it. The Aphrodite cabin will be useless for the exception of charmspeak. Sure, they have empathy and love control, but that’s not really going to help you that much.

Katie Gardner being the lone wolf in the Demeter cabin that actually showed her powers. From what we have seen in TLO, Demeter children can grow plants at will, and have a mild chlorokinesis. This is relatively useful.

Ok, ok, don’t get me wrong. Athena’s children are a force to be reckoned with, but their powers don’t shine with useful on them. They are good fighters, but the Ares cabin are better. The only power that is specific to them is strategic thinking, which honestly had saved over half of the characters in PJO and HOO.

Now it comes to the hard part. But I’m gonna go for Hermes. His children’s powers include (takes breath) Lock picking, Super speed, teleportation, alchemy, manipulation, and stealth. But these powers aren’t as useful compared to the other ones.

Hephaestus children are extremely powerful, and plus they’re cool. (#TeamLeo) They have fire protection, they are very experienced making machines and other mechanisms, and rarely, they have pyrokinesis.

If you found a angry Ares camper in the middle of the woods, you’re doomed. Ares cabin are POWERFUL, and their powers are: enhanced fighting ability, weapon control, weapon cursing, weapon conjuring, and even bringing those who died at war to help them.

You might think that Apollo children are not the strongest of the bunch, but they are. They have audiokinesis, control over sound, and even minor photokinesis and pyrokinesis. They are also the best healers out of all the demigods. (Apart from Asclepius)

Zeus. The king of the gods. Not anymore. We have seen Jason and Thalia grown up to be extremely powerful, and they have master over sky forces. Although it looks like that females could control lightning better, and males control wind better. Either way, these are great powers to have in a battle, and great powers to play a prank on your friends.

Percy has been developed to be possibly the most powerful non-god in the entire riordanverse. Posideon abilities are so useful. You could talk to sea creatures and horses, could summon protective and/or offensive hurricanes and storms, you have hydrokinesis and dam, you even could heal underwater.

Hades is the winner here. With his cabinet full of powers, he definitely did choose some really powerful ones for his children. This includes geokinesis, necromancy, dead reamination, control over the dead, sensing death, seeing life auras, shoving people into the underworld, shadow travel, umbrakinesis, darkness control, shadow absorption, phobikinesis, and navigating dreams. Plus, they have minor control over ice and fire.

Well, I hope you liked it guys! See you soon <3

Okay, but how is Tratie canon? Like I get that its cute af but there is never a time they show compassion to one another let alone talk much

So apparently Miranda Gardiner and Katie Gardner are not sisters because I thought they were. But now that I realize it their last names are really similar.

I think Tratie is a cute ship, but can someone explain to me where it came from in the first place? I think it all seems kinda random. Thanks!

Okay I’m pretty sure she isn’t in The Lost Hero because she has graduated from high school. No?

Okay. Why. Is. Tratie. Not. In. The. Books!!! Richard Russel Riordan Jr., if under the 0.00000111111111111% chance that you are reading, oh. my. gods. Just give us one paragraph. Or even sentence! On Tratie!!!! If you are still in denial about if the fans want it, or if you should, or even if the ship is alive, I suggest you go to Wattpad, and check out the user @spacenams’s “tratie one shots” and I assure you, I think you will find many, angry, sad, depressed, shipping, insane Tratie shippers.

Also you’re amazing. Go Uncle Rick, we’re all obsessed with your books and the reason that we are so angry with you for not putting Tratie in the books, (but solangelo was the best choice ever, yes, keep going with that!!!!!!!) is tough love. We love you. So put Tratie in the books. Hear the call of the insane fans! We shall and will tie you to a stick that is burning with fire if you do not yield to our requests. Now!