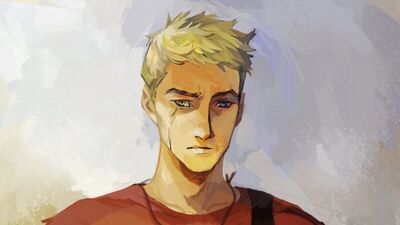 Luke Castellan was a Greek demigod, theson of Hermes andMay Castellan. He was one of the main antagonists of the Percy Jackson and the Olympians series. He was the head counselorat Hermes'Cabin. Althoughhe allowed the Titan Lord Kronos to take possession of his body,Luke diedas the hero of the... 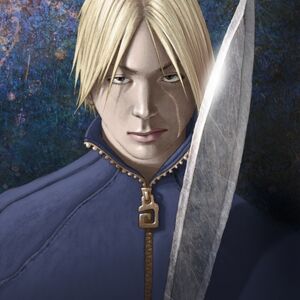 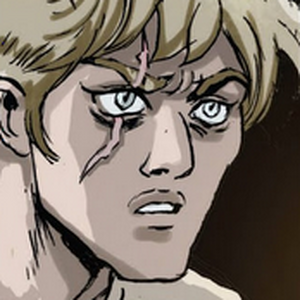 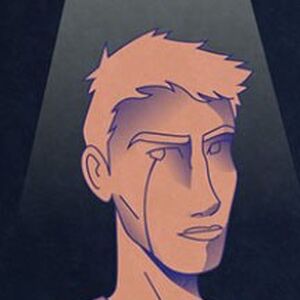 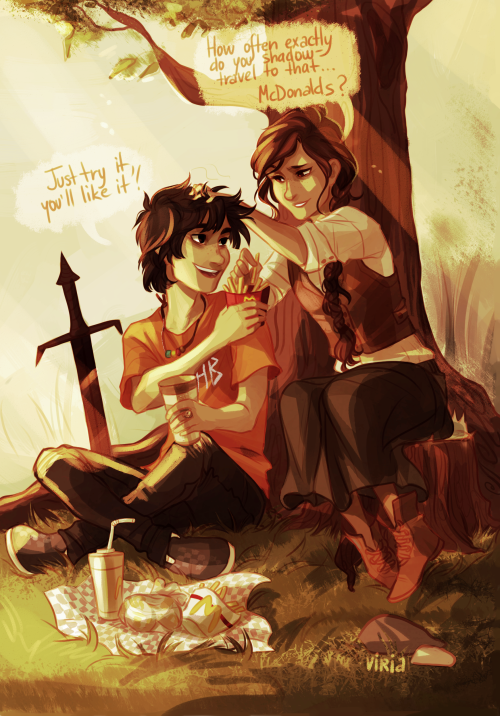 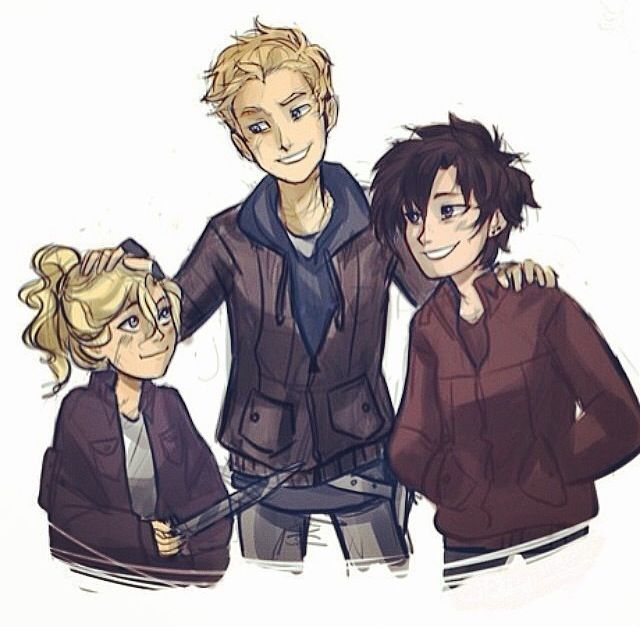 Family Luke (not a duo but they totally count) 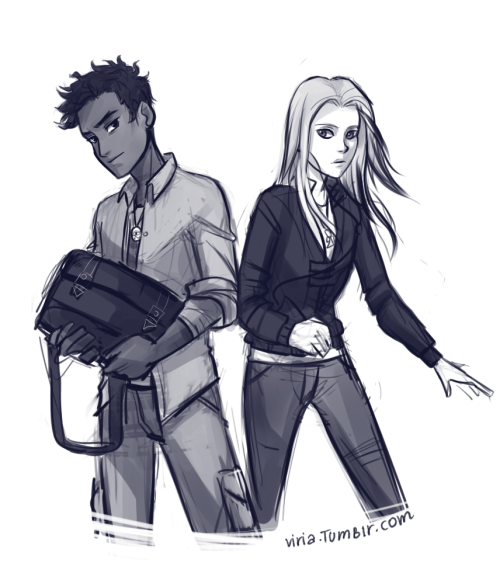 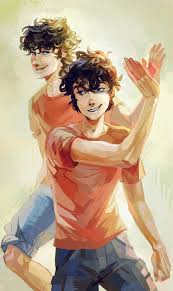 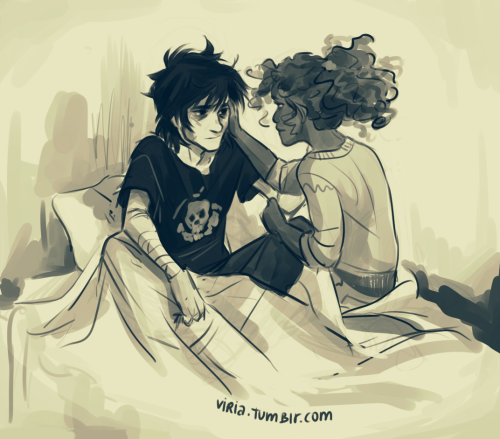 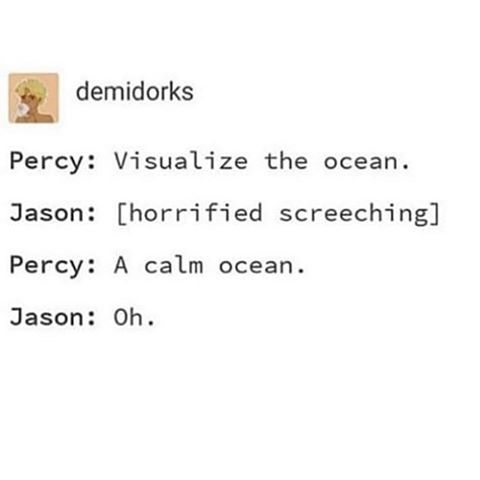 What if Luke sang the song "Open Up Your Eyes" from the My Little Pony Movie?

Percy JacksonLuke Castellan
A= Bianca. B= Thalia.
A= Silena. B= Clarisse.
A= Luke. B= Travis
A= Beckendorf B= Nico
No <3

And I'm not saying this as a relationship, just their family-ship i guess.

Anyway, what do you think would have happened if Annabeth ran away with Luke when he asked her?

I personally think that Annabeth would have died. Kronos wouldn't have given up Luke as a host so easily so he would have found a way to kill Annabeth and blame the Gods and Luke would have easily destroyed Olympus as Kronos (well really Kronos would have as Luke but you know what I mean) 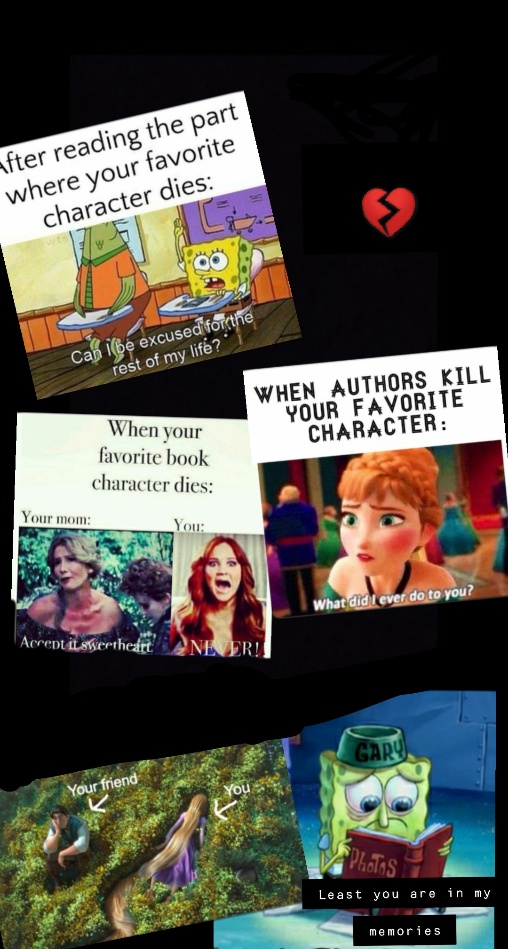 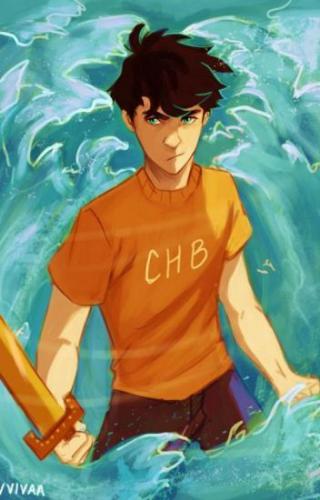 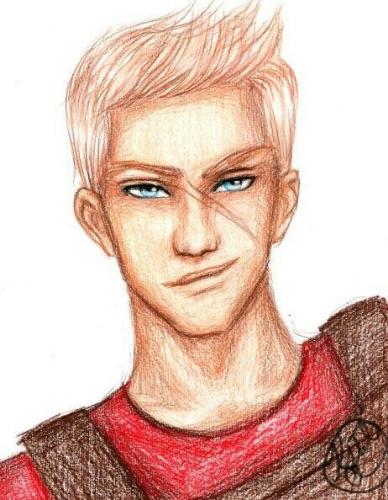 Luke had a terrible life really. He was born to Hermes and May Castellan. When he was 1, after a year of having a happy family, his mother was cursed and couldn't take the Oracle, going insane after seeing her son's future (really it's a self-fulfilling prophecy if i ever saw one) and spent the rest of her life insane.

Luke had 1 year of happy family followed by 8 years of sadness and feeling betrayed (by his dad), and scared (of his mum) and running away, travelling for years lonely, not being believed by the mortals he tried to befriend. Then he met Thalia and Annabeth and made a family: should be happy right? Wrong. They were constantly chased by monsters, their lives in danger. When Thalia got injured, and they wanted to rest, he took them to his mother's house, where he met his father for the first time (that he could remember) and he was angry, rightfully so coz his father never showed up for him when he prayed. And his father tells him he knows his future but not what his future is, and he feels like he has to prove himself. And then Thalia "dies" (turns into a tree) and he was rightfully angry that the Gods (coz hades sent the monsters to kill Thalia) let Thalia die. Then, the first quest he gets by his father he fails (and this guy is an emotional mess at this time) and blames his dad again (not really Hermes' fault this time but the guy was emotionally wrecked by this stage). And then he plays puppet to Kronos who offers him an out. And at 17, I still consider him a kid. Then for the next 5 years he had to try and kill the only family he had (Annabeth) coz he was Kronos' puppet, had to host the guy, and killed himself to save everyone.

(this is in response to everyone saying Nico has a sadder life. Nico had 10 years of happiness before losing his memories of his mother and spending a good 80 years in blissful ignorance with his sister at the Lotus. He spent idk how long in that school (short period but still) as a rich kid. he then lost his sister and was sad for about 2-3 years. He had to come out as gay, but he had support all around him, and then he found himself someone who loves him and who he loves, and his life is not getting worse, only better. So don't try to tell me Nico has a sadder LIFE or even childhood then Luke)

This is a knew series here’s the first question:

If Luke told you he stole Zeus’ master bolt, wold you throw him under the bus? (Would you tell someone)

Disclaimer : I am only considering the Riordan adaptation and not the original myth

So we have two accounts to analyze : Luke's and Percy's

And two aspects within each account : Physical anchor and Emotional anchor

So when u take a dip in Styx (Not Recommended ), to get through the process, u must focus on a Physical point in your body and a memory that bind u to the real world. This in turn makes u invincible. It must also be noted the person connected with ur memory develops a bond with ur boon/curse. As seen when Annabeth can sense Percy's "Achilles heel" and how she can bring Luke to his senses.

So for Physical anchor:

I think choosing the small of ur back (like Percy) is not very clever as u don't have direct line of vision and could be literally back stabbed. But Luke's was really interesting as only he could access it. And it was very well thought out strategically.

While for emotional anchor, I think Percy's was better. Cos even though it was impulsive, he was in general better state mentally than Luke.

What I mean is, even though, impulsively, his mind went to Annabeth, we know that the memories of Sally, Grover etc would also have gotten him through it. That is cos these memories are also his actual anchors. It's what keeps him grounded, happy and stable

Now in Luke's case, I am assuming the physical anchor, he had planned out and prepared for. But the emotional part caught him off guard. So he naturally latched on to the one and only thing in his life that bought him Joy, the memories of Thalia and Annabeth. This in contrast to Percy's memories are not stable or happy or grounded. They are heart-wrenching, lost and irretrievable

Now u see what I mean, for Percy's mind it was like choosing one of the rays from a flood of light, while Luke's mind latched on to the one ray of Hope he had left...

What I am trying to say is Percy did not put a lot of thought in it. And yet he was more emotionally prepared.

As in when Annabeth got hurt trying to save Percy, he dropped everything else to check on her. If she had died, I can only say Percy would have been utterly destroyed, emotionally. And there is no say no saying how that might have manifested physically.

Similarly, when Annabeth denied to go with Luke, I think it hurt him more than we realise. Also that is the reason she was the only person that was able to reach Kronos through Luke. As in Luke could not have fought Kronos if he hadn't thought about Annabeth, as she is literally the thread that tied his life to the real world.

So I'll end by asking, what do u think would be ur emotional and physical anchor, if u were:

1) Just dipped into Styx without much prep time (i.e. Impulsive, like Percy)

2) Planned out and executed while knowing the risks and being prepared (i.e. well prepared, prob like Luke)

P. S. I hope it wasn't too confusing and u guys liked it. Also my grammar is super confusing in this cos my keyboard is malfunctioning 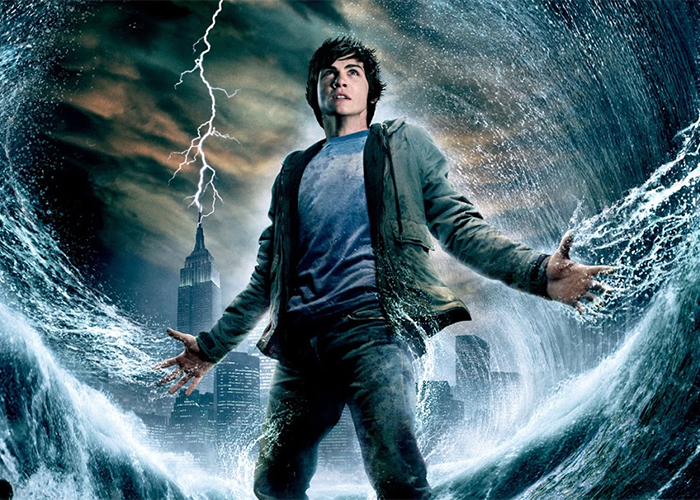 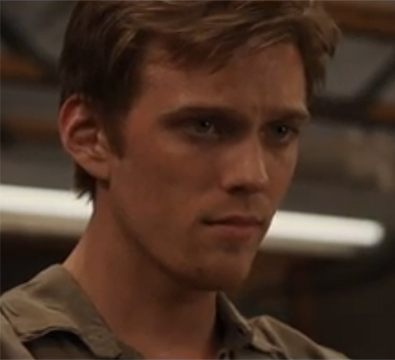 So. Trials of Apollo.

Seriously tho, I love the series, these are my opinions, and you are entitled to your own. I like the series but wish it was something else.

Thank you for your time!

When the gods are cold and the cards all fold

And the statues we see are all made of gold

When your dreams all fail and the monsters we hail

Are the worst of all and Bessie's blood runs stale

I want to ignore truth, I want to shelter you

But with the beast inside, there's nowhere I can hide

No matter what the gods breed, they still are made of greed

When you feel my heat, look into my gold eyes

It's where my Kronos hides, it's where kronos lies

Don't get too close, can't control what's inside inside

It's where my kronos lies, it's where -

Do say who your Godly parent or legacy, or favourite god/goddess is with your answer. The first person to answer correctly will win. 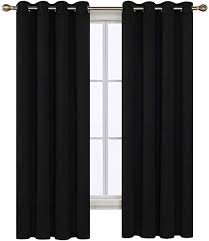 No hints now! it's gonna be Xtra hard!