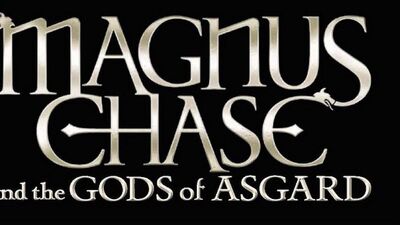 Magnus Chase and the Gods of Asgard is a Norse mythology series by Rick Riordan. The book follows a sixteen-year-old teenager named Magnus Chase, who discovers that he is the son of the Norse God, Frey, and his quest to delay Ragnarök. The series takes place in the same universe as the Camp... 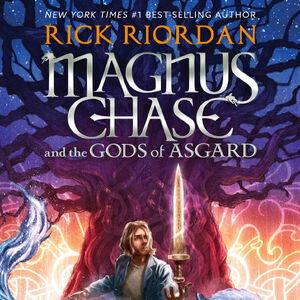 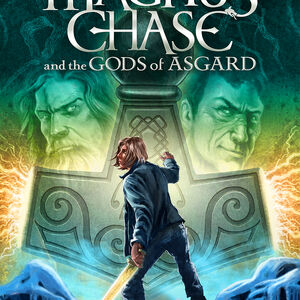 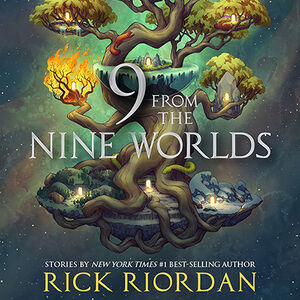 Natalie- Natalie (i had to tell them)

Mallory- red-head with a knife

I've seen a few of these posts recently and I've been wanting to try it out myself so I guess I just kind of did it. (While I was working on this I saw that someone made a translated bio post not too long before I started working on this one, apologies for that but I didn't want to wait)

Magnus Chase is a sixteen-year-old, formerly homeless teenager who lived in Boston, Massachusetts.[1] He is the Norse demigod son of Frey[2] and Natalie Chase, as well as the maternal cousin of Greek demigod Annabeth Chase. After dying and becoming an einherji, he lives his afterlife in Hotel Valhalla and has prevented Ragnarök twice. Magnus is currently the boyfriend of Alex Fierro.

Chase Magnuson, a 16-year-old homeless man living in Boston, Massachusetts. [1] Natalie Chase's mother (Natalie Chase) is the son of Fry in the Northern Hemisphere [2] and the nephew of Anabis Chase's sister (Anabis Chase). After his death he became archbishop and twice in his life was besieged by centimeters of Balahalam, Balalam and Lagunarik. Alex Piero's big friend is here.

For anyone curious I put this through the following languages:

FierroChase is still unofficial, even though it is hinted. Alex said he was thinking about it.

A lot of people have expressed their interest in a Riordanverse competition so fill out the form attached if you would like to sign up. The deadline for signing up is the 1st October xx There can be a max of 50 participants x

So basically I am starting a Riordanverse trivia competition if yall are interested in it.

The next playlist I have is for Annabeth Chase:

Before I start this, I would like to say, I adore the MCGA books... I simply did not like the way Rick wrote the gods. I like how he humanized the Norse gods, but I feel he took it too far. These gods are still gods, they are still divine. He disrespected an entire culture and made a mockery of the Norse history. And even to this day, some still believe in them. I myself even know a man who believes in the Norse gods. He didn’t treat the Greek gods or the Egyptian gods the same way. The Greek and Egyptian gods were humanized without making a mockery of them. Specifically, Odin was an idiot. The god of wisdom who didn’t know how to apply his knowledge to anything. Athena was shown to be smart and cunning. Thoth was smart and powerful, even if absentminded. But Odin, the chief god, who in the myths was deceptive and cunning, who always chased knowledge no matter the cost, was a fool who wouldn’t step in past giving a PowerPoint presentation... And Thor, far from the smartest god, wasn’t shown to be the powerful hero of mankind he was. Instead, he was a 40 year old man-child with the mindful capabilities of a child... And Loki was portrayed as a manipulative, base villain with no heroic or even better side to him. In the myths, he was a multi-faceted god who did just as much good, if not more, than evil. Most of the time, he was an agent of chaos, but not truly evil. I understand making him a villain in a story involving Ragnarok, but the only time Loki’s better actions were even mentioned was in a single line from Thor. Freya, a goddess of war, who receives half of the honorable dead (and it’s not some happy-go-lucky Vanir club), was written the exact same as Aphrodite in PJO/HoO/ToA. She was only portrayed as a flighty-love-goddess. And now, Heimdall, the idiotic god of selfies. Heimdall, the defender of Asgard, was more interested in taking selfie’s than doing his job. This guy is fated to kill and be killed by Loki, and he seems to care nothing about the aforementioned god. Heimdall, in the myths was dedicated and smart, not easily distracted and careless. The only gods who actually seem to be properly represented are Frey, Vidar, and Frigg. Njord seemed alright, but we didn’t get much of his actual personality. Same with Skadi. Ran, Ægir, and their family were decent. They were modernized but in a fairly good way. They kept many of their attributes from the myths. Unlike everyone else... The other gods were so unrecognizable from their myth counterparts, even the flashback scenes gave me an odd sense of vertigo. And every other god who made an appearance were too short lived that I can’t truly make a commentary on them. This was mostly just a rant, but regardless, it’s over. Thank you, @TheOneAccountToRuleThemAll for the idea. I’m sorry it took so long to write and post. I got distracted multiple times while writing this.

So, do you all think the gods were well written in MCGA?

Why Rachel's Hairbrush wasn't as useless as we think and how overrated Magnus's sword Jack is. And how powerful Alex's string is.

It did a lot more than u think. Rachel threw the hair brush and saved Percy's life. She also stopped the shaking of the tunnel which Annabeth had said she could not deal with. She brought Luke back to his senses for a few seconds. That helped him where as it slowed down Kronos take him over. It delayed it for a bit. Without her doing that Luke would have never been able tor regain his senses so he could stab himself and save Olympus.

The other weapons in Uncle Ricks books can cause damage and the wielder can be fine if in the fight they dont get hit. But no matter how careful Magnus is no matter what he will have to deal with the injury's Jack got where as the other weapons dont. So Jack might be powerful but he isn't the best weapon of choice.

Would it be possible for Magnus and Alex to have children like not adopted like biological dna sharing children?

Ok so I love Riordan for putting in Hearthstone, the deaf elf, but I also think Riordan put a few tropes of disabilities in there with Hearth. 1. Hearth’s power comes from the fact he’s deaf. If he wasn’t deaf, I doubt he could do rune magic. 2. Riordan played up Hearth’s deafness throughout the book. Like the fact that Hearth’s dialogue was all italicized instead of in quotation marks. Then there’s the fact that he’s constantly saying that Hearth uses sign language. I still love Hearth and PJO, but I really think there could be some better representation. Thoughts?

Magnus Chase and the Gods of AsgardHearthstone