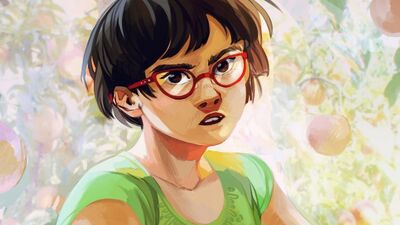 Margaret "Meg" McCaffrey is the deuteragonist of The Trials of Apollo series. She is a thirteen-year-old Greek demigod daughter of Demeter, living on her own in Hell's Kitchen, a neighborhood in Manhattan. After Apollo had been forced to live as a mortal for a third time, Meg saves him from a... 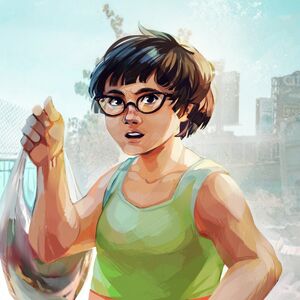 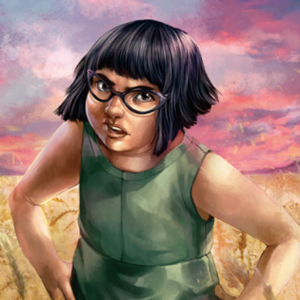 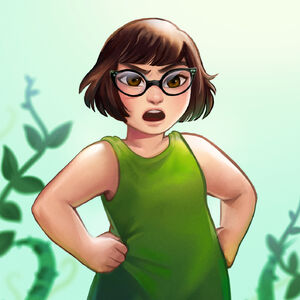 I just relate them. Their names are both Meg, their initials both MM, they both wear glasses, and they were both about 12-13 in the books they were in, but Meg Murry ages throughout the books after A Wrinkle in Time.

I was rereading ToN and I happened to notice something I didn’t pay much attention to before.

Remember how Apollo/Lester said that, during his dream of Nero, there were 11 children (12 including Meg). What else has 12 people? The Olympians. Who else had an abusive, tyrannical father who was being controlled by another force? The Olympians.

Ik that this is obvious. Like, dUh HaZe LeStEr LeGiT sAiD tHaT nErO wAs PoSiNg As KrOnOs. But it goes deeper than that.

What I concurred, is that ToN is basically a modern version of the Zeus Overthrowing Kronos myth. Just think about it. Nero would be Kronos, Python would be the curse Ouranos cast on Kronos. If you think about it, ever since Ouranos cast that curse on his youngest titan, Kronos has been living in fear of his children, letting that curse control him. This is exactly like that, but with Nero and Python instead of Kronos and The Curse.

I am aware that Meg and Apollo are two different people, but think of them as Zeus for the sake of this post. They are trying to overthrow their dictator-like ruler, just like Zeus did.

Now, I also know that Meg/Lester aka Zeus has Python to defeat, so I ask you to think of Python as two things. The curse Ouranos placed on Kronos, and the future Metis predicted for Zeus’ child.

Now, there’s one more major character in this story. Rhea. Now, hear me out, I think Rhea would be ToA Zeus. Why? Because both of them set up their children to end the reign of a bad king/dictator. Listen, Zeus and Rhea are nothing alike (personality-wise), but they played the same role. Understand? Probably not, because I can’t explain worth trash. But I hope I at least got the general idea of my post to you: ToN is basically a revised version of Zeus defeating Kronos.

I was thinking is making a ToA series worth it? I’d like to see this as I quite enjoyed the books... although they may ruin my image of the books with a series.

What do you guys think?

Hi! There are few characters that I have seen lately that were either being shown in a bad light when they are a great character imo, and ones that I just never see talked about who I think deserve more. This is a post to appreciate those characters (in no particular order).

Ethan is one of my favourite characters. Mostly, I see people either saying he was bad or just not acknowledging him. To me, Ethan was one of the most interesting characters in the series. Ethan understood that there was no good or bad side in the war at the beginning; something which Percy and Luke didn’t really seem to realise until later in the series. Before everything spiralled into chaos, Ethan was stuck in the Hermes cabin, feeling alone and like a nobody. He wanted to be recognised, and he wanted balance, as shown when he traded his left eye to his mother in return for the promise that balance would be restored. Finally, one day Ethan got the opportunity to be recognised and remembered, and was promised to receive ‘rewards beyond measure.’ However, later, once he realises the chaos and destruction Kronos was creating, he changed his mind, and sacrificed himself. He had an excellent understanding of morals, one I don’t see acknowledged enough.

Meg is a character I usually see hated on. However, I think she is one of the best characters in ToA. Meg was very close to her father, then he died in a fire, and she had to live with the abusive, manipulative man who started the fire that not only killed her dad, but also burned down the place she used to live in. Even though she already endured all that trauma before she turned 12, she still went with Lester his whole journey and stayed by his side the whole time, even going back to the place where her father’s death occurred with him. She can be annoying at times, but she was a 13 year old girl whose only real parent figure died when she was young. Overall, she has done so many more great things than she gets credit for imo.

I don’t see people talk about Samirah that much, so I will be talking about her here (I’m not going to call her Sam because Samirah is so much nicer imo). She has stayed by Magnus’ side and helped him through so many quests. She brought Magnus to Valhalla at her expense, and if she didn’t who knows where Magnus would be. She went through a lot of pain and endured a lot of bullying, and yet still stayed strong. She is a good representation for the people going through what she did.

Thanks for reading! Sorry Samirah’s was so short, my memory of MC isn’t great. Thoughts?

So the song has a part which is like Nero talking to Meg about the beast.

The part: "I wanna hide the truth, I wanna shelter you

But with the beast inside, there's nowhere we can hide"

The rest of the song has basically nothing in common with Nero tho, which I think the whole song has to match the character for it to be a good one.

I laughed really hard when that person shouted "She's a communist!" after Demeter claimed Meg.

You’re gonna be like Aquaman? Get the fish to fight for you?

So, I have this random challenge I came up with. I will give three different characters, and you will have to ship them with at least two characters that you think they'd be good with.

The character does not have to have met or interacted much-or at all-with the person you are shipping them with. They can even be from different pantheons. They also cannot be shipped with their boyfriend/girlfriend if they do have one. If you think that it would work well if they did meet, that is enough. And there can not be an age gap of more than 2 years unless the age of the person is unknown. Dating restrictions such as being an Oracle or a Hunter do not apply.

My new neighbour shifted in the house right infront of ours two weeks ago. Tonight when I was walking back from a grocery store which is just down the road (I had a bag in left hand and The Dark Prophecy in my right hand). I was near my house when my neighbour's son, who's the same age as I am, came to me and asked me to tutor him for maths. I was thinking how will I tell him that I got a C in my last maths test. Instead I asked him why. He said that he saw me reading in my gallery many times and thinks I'm intelligent. I literally laughed. Who's gonna tell him this was what I was reading- 'Son of a Midas. You, sir, are a stupid-head. Here, have an ostrich.' And yeah of course, he was really confused. 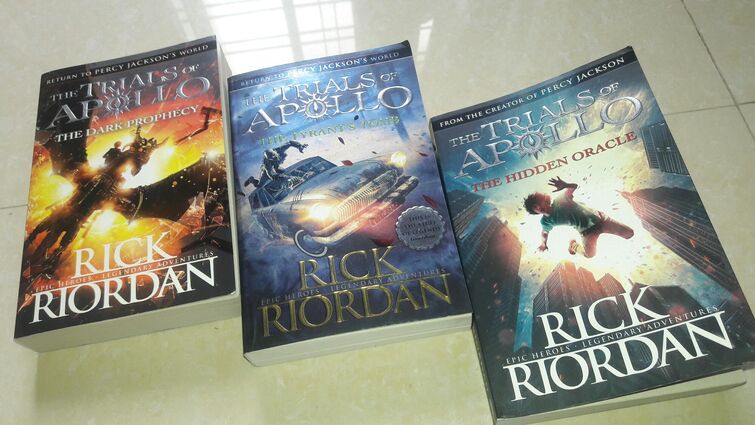 I'm so happy ; ) plus the bookstore didn't have the burning maze and the tower of nero in stock so I'm sad too : (