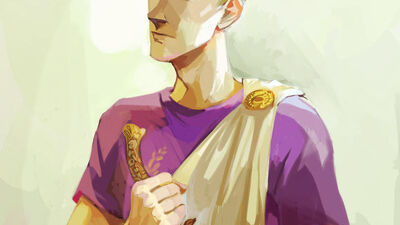 Octavian was a Roman legacy of Apollo and the Augur of Camp Jupiter. He was one out of several people to have the gift of prophecy. Octavian was also a centurion in the First Cohort. During the Siege of Camp Half-Blood, he dies after accidentally shooting himself out of an onager aimed towards... 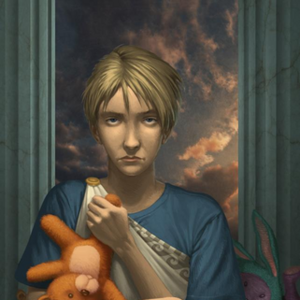 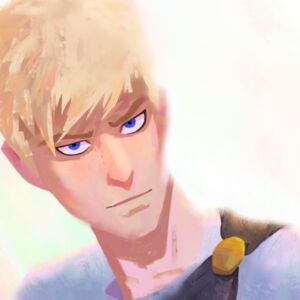 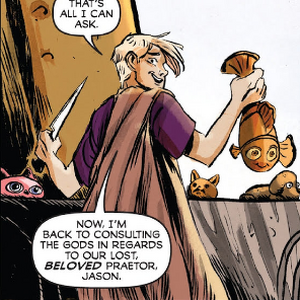 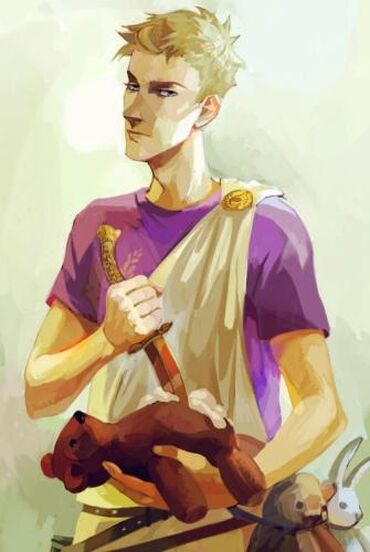 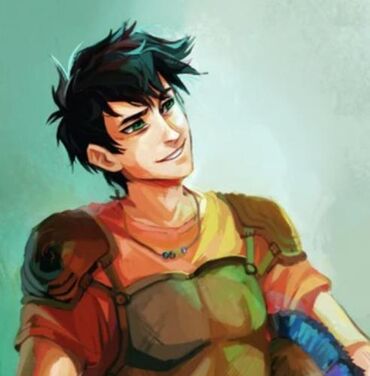 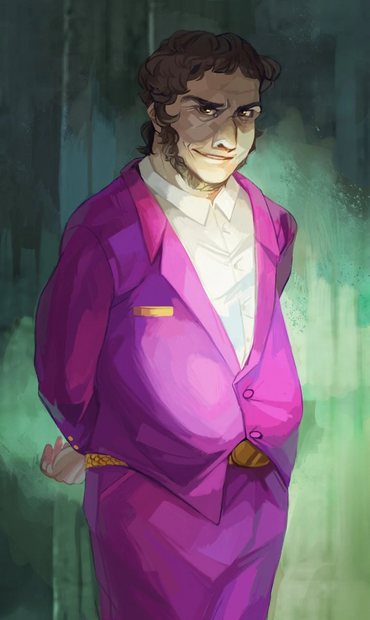 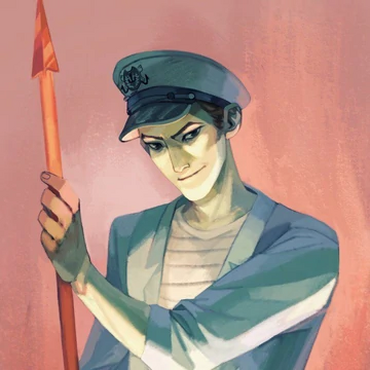 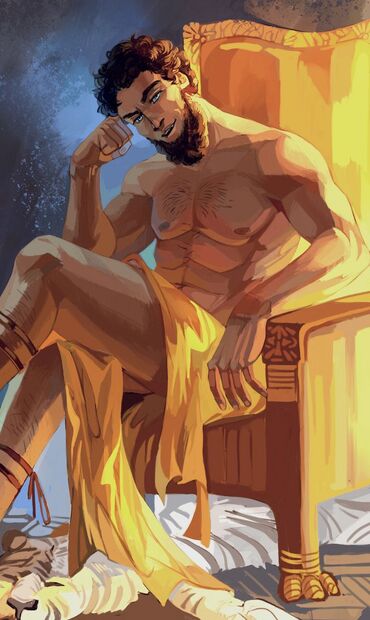 The Indianapolis guy with the hard name 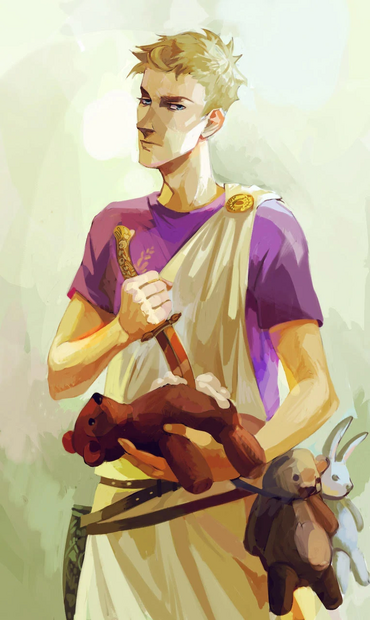 Octavian ( his face is so ugly I can't show it)

70: According to Octavian, wax in Roman legionnaires' ears is standard procedure when fighting those who utilize their voices.

71: The reason Percy seems to have such great stamina with his powers is that when he is controlling water he is surrounded by it, and water rejuvenates and boosts him as he controls it, although he has limits, as shown by MOA and TLO.

72: Annabeth in MOA states that she wishes she had darker hair because no one takes blondes seriously (despite the fact people take her seriously), but for some reason, she never dyes her hair.

OctavianHera
Be in a relationship with Octavian
Die 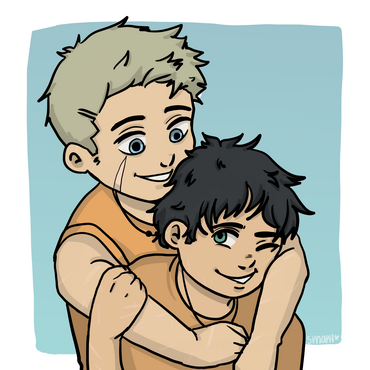 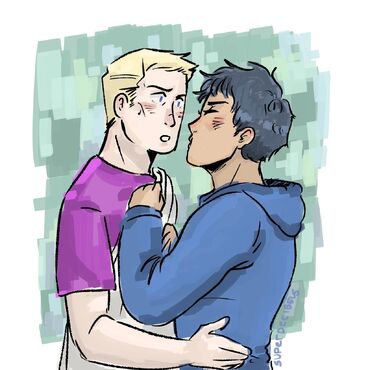 So I was talking to my friend about the Rachel x Octavian and she was like "Well, I think they could be good together" and I was like WHAT? And then she said "If he didn't die, and she never became oracle I mean they would be cute" And I was glaring at her at this point and then she was like "let me explain, Rachel is amazing and a good soul, Octavian is not, maybe if they met earlier and she turned him good before he dug a hole deeper for himself, then maybe this could've ended out a as a good ship? Like he wouldn't be a bad fit for the label "good guy". He has skills. We had Luke who was a good guy before and then became a bad guy. So what about Octavian for being a bad guy and turning into a good guy"

I'm not exactly here for it, what do you guys think so I can show her.

Please knock some sense into her, because this ship cannot sail.

In the Son of Neptune, it says Octavian is a legacy of Apollo. In House of Hades, Rachel says: “Even Romans respected your father’s Oracle of Delphi”. This was when she was talking to Octavian and Reyna. So, who is Octavian really? A legacy or son of Apollo? 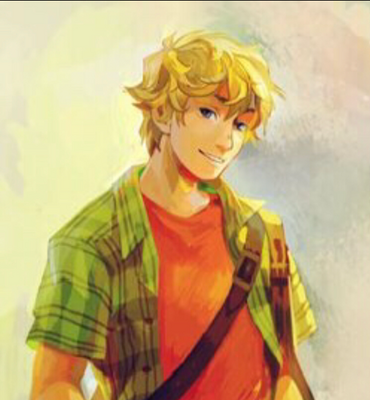 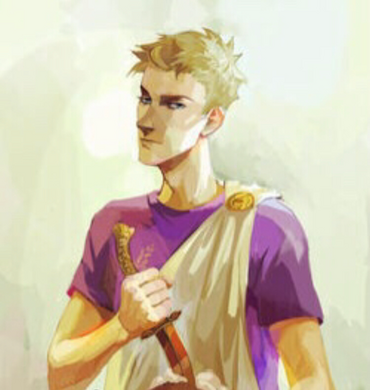 Credit bc i got the idea from @IGottaPowerfulAbility

Percy: It was our field trip, learning about Greek wasn't a monster in sight

-no evil teachers in sight

Hades then sends his Fury at us

-Hold on it's going to explode and k//l us

Hunted down and then tortured

Jason- Hey! Got my memory wiped by Hera, left Coach Hedge and the other ones staring, dang, what did I do this time?

Really evil to me and may I ask why? He was probably just jealous of me... Hey!

Nico-one of them liked to torture me, so now I am out

Reyna- She said I could never find love, now look where I'm at

Your fate is sealed when a god's mouth opens!

He told me that I could do it all on my own, but I guess he was wrong.

Reyna- she told me that the people of my dreams would be just out of reach, I'd never find l-o-ove

Will- Nico, get over here now

Idiots- Leo, we want not a sound out of you

Will- you have a doctor's note!

Um the gods, yeah about those Greek gods, I really can't upset those gods, or I am so deads

I wanted to find a image of Rachel doing something bad to Octavian 'cause why not and I found a picture of theme kissing among hearts, WHAT THE HECH?!

@A big pile of schist

That maybe, just maybe Octavian and Rachel could’ve been a thing? In my opinion they make a cute couple.