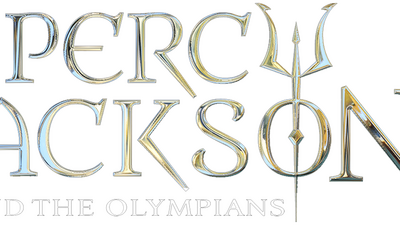 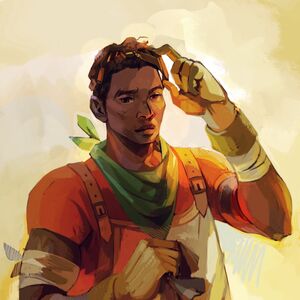 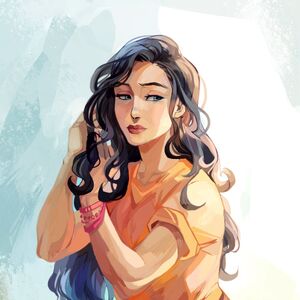 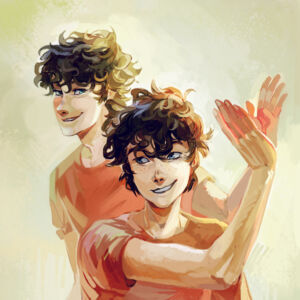 In the lightning thief, Percy drinks nectar, and it tastes like his mom's chocolate chip cookies, and for Jason, it was brownies from one of New Rome's bakeries and for piper, it was the black bean soup her father used to make. So I'm wondering what would it taste like to you?

Does anyone else think that when Kronos possessed Luke’s body in TBotL that Luke’s ghost went out of his body like Dipper in Sock Opera in Gravity Falls? Or was Luke’s spirit and Kronos’s spirit crammed into one body?

Luke CastellanPercy Jackson and the OlympiansKronos
This post is locked.

Pls no bullying have fun

Wasn't Percy five days short of being 16 when the prophecy was fulfilled in The Last Olympian? You know, because he was in the Lotus Hotel and Casino for five days but thought it was only for a few hours at first? So I got this from this page titled 'Mistakes in the Series (CHB)' and over there, it said that the prophecy might have meant chronologically instead of biologically (in which case, according to the page, it's not one of the mistakes after all) but then I thought, doesn't that mean Nico is unbefitting to be a candidate of the prophecy? Like, Percy, Annabeth, etc., after they found out that Nico and Bianca were trapped in the Lotus Hotel and Casino and that they were children of Hades, thought that the prophecy could apply to Nico as well, seeing how he was not biologically 16 yet, at the time. So that means that the prophecy did not mean chronologically after all, because then, chronologically, Nico would be 80+ or so.

"I thought about May Castellan, alone in her kitchen, baking cookies and making sandwiches for a son who would never come home."

Who else wishes that Hermes still loved May and would like MaRRy HeR or something? Let's be honest, May deserves that.

Out of all the PJO characters ever mentioned, the one I want Rick to come back to is May Castellan. What happened to her after Luke died? Did Hermes forget about her? :(

Im new to this fandom and just wanted to say hiiii. I’ve been a Percy Jackson for a really long time. Percabeth is the best and my favorite character is Annabeth ❤️

If Rick decides to explain the UFOs in the PJ series, how will you want the explaination to be?

I have completed creating videos on the best quotes of PJO books. Do check it out.

(edited by BHUMI98)
Percy Jackson and the Olympians

I saw a fanfic where Percy tried continuously lifting large quantities of water to strengthen his powers. I agree with this. I see the powers as a muscle- the more you use it, the stronger it gets. In this post, I'll go over what the potential for a few of the demigods powers could've been.

There isn't really much to say for Piper. She's already reached an incredibly high point with charmspeak. She even charmspoke Gaea which is very unrealistic. At this point, the rules of charmspeak don't apply to her. The rules where-

So yeah, Piper already broke all of those. I guess she can practice to try to control Chaos himself.

There are a few powers which Jason could work on. His power of air is good, but it leaves a lot to be desired. He doesn't use it in the way Percy does- making shields, solidifying it, etc. But what if he could do that? Imagine Jason solidifying the air in front of him to make a shield. Or controlling the size of his gusts to knock down bigger enemies. Or just using air more frequently in combat.

Jason can also summon venti. What if he could summon more? Imagine Jason summoning thousands of venti and making a storm like that. Bye Bye whatever city he's in.

And of course, Jason could also try to strengthen the abilities he already has. Higher damage lightning bolts, using his electricity control more, and making larger storms than he already does.

Leo's increase of his powers isn't too interesting. Of course, he can get better with his smarts and mechanical powers. But what about his fire?

First, he can start out with the quantity of the fire he can make. He can surround his body, but why not more? What if Leo could surround himself with incredibly large quantities of fire?

There isn't really much to say here. Frank's main power is shapeshifting into animals and creatures. But, he has to know them. Frank should study textbooks or zoos until there is no animal he doesn't know. Imagine how versatile he would be? Poison? Snake right up. Tanky animal? Elephant coming through. Surveilance? Fly buzzing your way. You get the gist.

Besides this, Frank could try to make his shapeshifting more fast and fluid. That would help a lot.

There isn't much for her. She can just get more intelligent

One of Hazels powers is her geokinesis. She could increase the size of her tunnels and how fast she makes them. She could also increase how many gems she can control at once and how fast.

With her mist. she has a lot more to go. With more training. Hazel will be a force to reckon with. She'll be a full on reality warper. She'll also require less concentration to use the mist, making whatever she wants happen faster.

Percy has a lot of possibilities. To start, he has limited cryokinesis. If he exercises this ability, he'll be controlling large quantities of ice easily

Additionally, Percy could try controlling higher quantities of water. He's already summoned a 350+ ft wave. Why not bigger? He could be making full on Tsunamis. I could imagine Percy destroying entire cities.

Another interesting thing he could do is work on making objects with his water. In the Peter Johnson movies, a character similar to Percy Jackson made a trident with water. Imagine if Percy tried making water weapons or soldiers.

Now, what about bloodbending. This is considered an ability he can do by a lot of the fandom but it's not canon. Percy has controlled tears and poison with his powers so what's stopping him from controlling another liquid with water in it. The thing is, some liquids don't have a high percentage of water. If Percy keeps on practicing controlling liquids that have a small amount of water in them, eventually he could be controlling people from the inside effortlessly.

I hope you liked this post. What are your ideas? Are there any things I missed? Let me know in the comments.

I just finished ToA, but along the way, I saw this...

' Chiron chuckled. "A severed head. And a cat. Two different... uh, people. Acquaintances of mine from other pantheons. We were discussing a mutual problem."'

Is this Uncle Rick hinting that he going to make a book series that has all our favorite characters from PJO, HoO, MC, KC, and TOA? Or is this just some coincidence? AM I GOING CRAZY?!?

What do these people have in common? They all had crushes on a certain son of Poseidon.

And my man Percy over here is so dense he doesn't even notice. 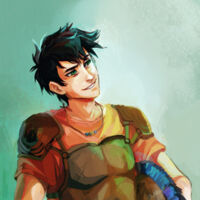 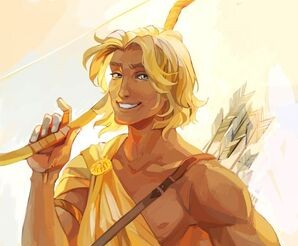