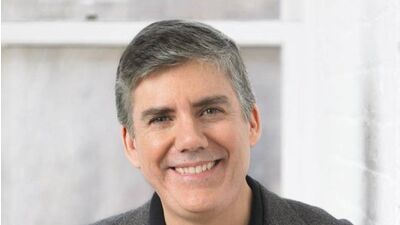 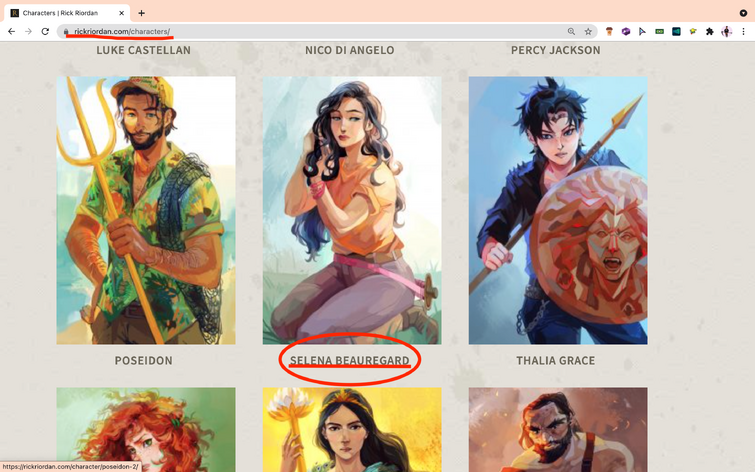 I believe that Rick has two possible favourite characters.

Percy defeated a whole bunch of titans with a water hurricane, and exploded the toilets on the Argo // without even trying.

The Percy Jackson series started me off on the Rick Riordan books, and he was a very powerful demigod, defeating all monsters in his way.

Apollo (God of archery, music and dance, truth and prophecy, healing and diseases, the Sun and poetry):

Apollo is turned onto a mortal by Zeus, and then betrayed many times, but I think Rick did this so there would be drama, and also because he feels Apollo isn’t really in any of his other books.

There are many funny scenes in ToA, and in the chapters when Apollo is involved in other books, he’s seen as a humorous character. I think Rick favours Apollo, which is why the god is humorous.

Do you think that Rick has another favourite?

We are one of the luckiest fandoms. We have an author who gives us diverse characters, an unique storyline, interesting plot pieces. Yes, he can be a bit troll-ish at times, but when he threw Percabeth in Tartarus, did we refuse to read the book? NO, we picked it up and read it because we wanted to know what happened. And when Jason and Bob and Damasen died, we had grown attached to their characters, so we cried. (At least I did) Only good authors can make you grow attached to a character. Only good authors can make you cry for a character. I think we all need to thank Uncle Rick.

Guys umm so , I wished Uncle Rick a Happy Birthday on Twitter and.... I got noticed by Becky ,,, she liked my tweet , I'm not able to breathe , Literally like , OUT OF THE WORLD FEELING

They know I exist. 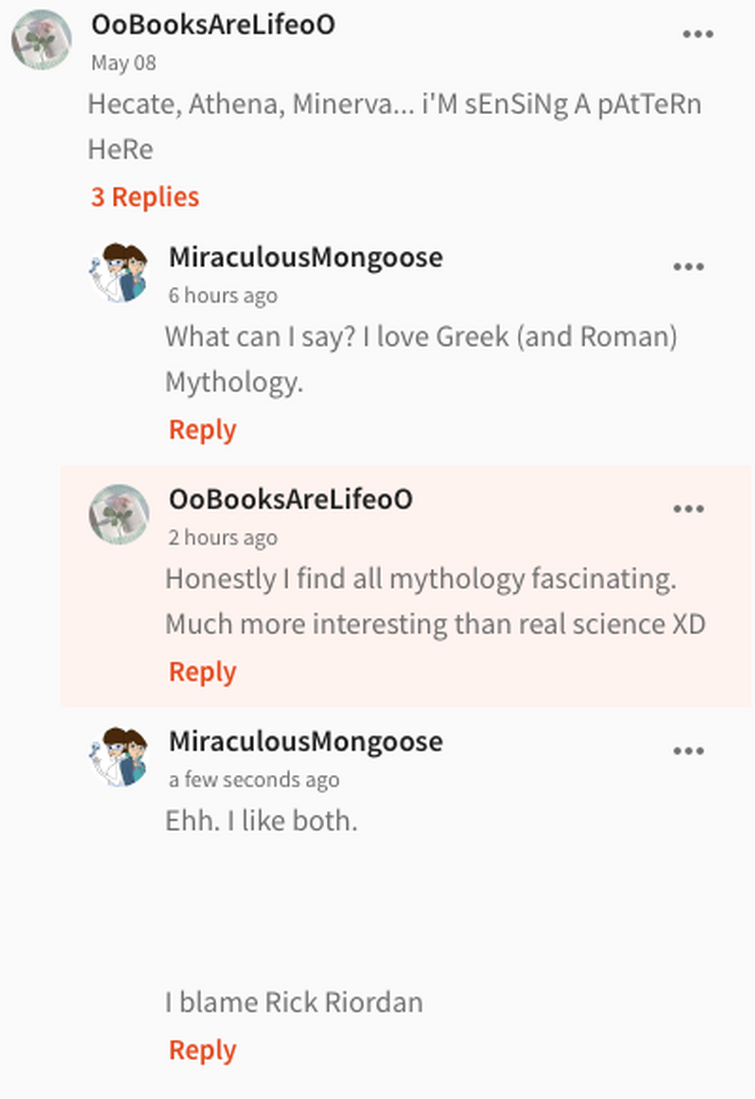 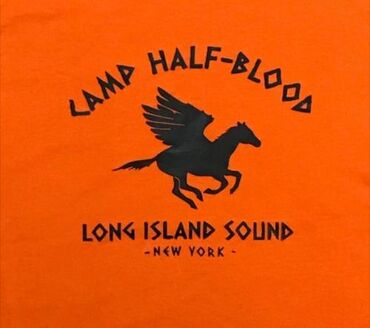 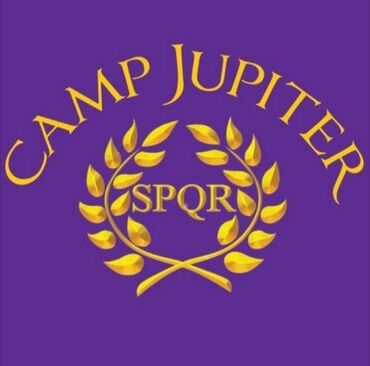 So I am rereading HOO and I am currently reading the blood of Olympus.Either Rick is very dirty-minded or I am

Look I am not a simp for Leo before I noticed this quote (username was a friends dare when I set up my account) but now I know he is dirty-minded like me.You just might be looking at Mrs.Leo Valdez

Put your comments on the quote in the comments

Leo ValdezRick RiordanThe Blood of Olympus
His Sass
His obsession for Blue Food
He blew up the toilets
He's a son of Poseidon.
Everything! He's Perfect!
Nothing.

(yeesh, the title might sound like I'm forcing my opinion... I should assure you that I'm not. if you can find flaws in my reasoning, or my sources, you have every right to state them in reply.) 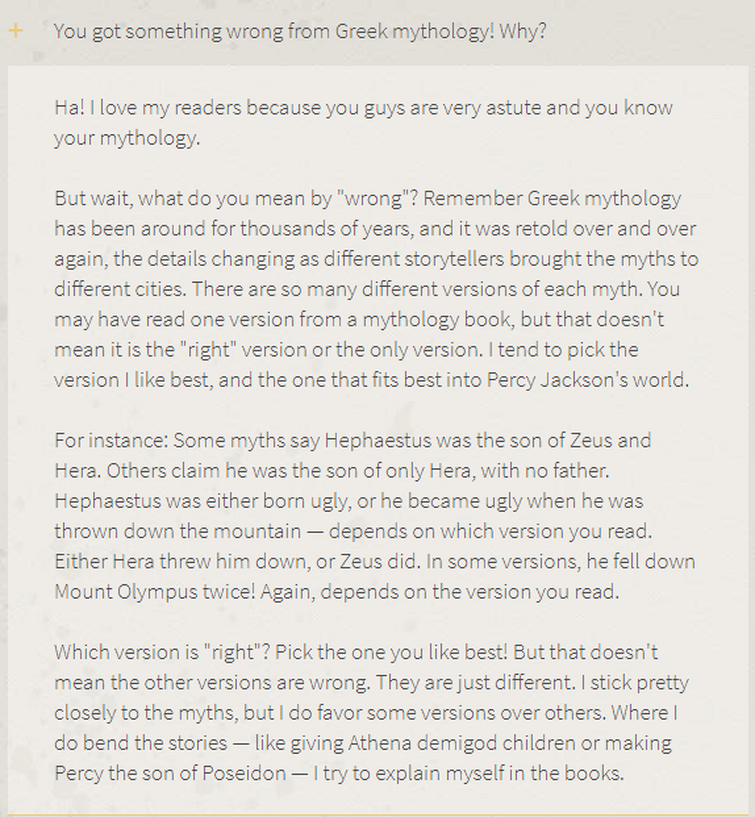 When I mentioned this to posts complaining about the 'inaccuracy', many said something like 'but Iliad! Odyssey! They were written by the ancient Greeks! The mythology in them are right!' and I just rolled along with it...

...until I read this phrase Guns, Germs and Steel by Jared Diamond (highly recommended! though, in my opinion, it should've been named 'Fertile Crescent is OP'. it hardly even mentions guns and steel. germs, a little. fertile crescent? at least a dozen times every chapter.).

The Iliad and Odyssey were composed and transmitted by nonliterate bards for nonliterate listeners, and not committed to writing until the development of the Greek alphabet hundreds of years later.

(dam I had to download it online cuz my book is translated version... AND IT HAD MISTYPO SO I COULDN'T FIND THE PHRASE WHEN I CTRL+F-ED FOR ILIAD AAAAAAAAAAA)

I believe my claiming that I made in the title is valid either way.

If Jared Diamond's belief that Homer was born in 1200 BC is true, Iliad had to wonder without being written down for centuries. It had to be told from mouth to mouth for centuries, which is enough for any story to be altered quite a lot.

If Jared Diamond was wrong, and Homer was born in late eighth century BC, it means Homer wrote the event that happened centuries ago - that he wrote down a story that was told from mouth to mouth for centuries, which is, again, enough for a story to change a lot.

Either way, the story of Greek Myth contained in Iliad or Odyssey that we read now was told from mouth to mouth for centuries, which is pretty unstable way for a story to exist, allowing it to be exaggerated, misunderstood, and altered. Therefore I believe it is quite valid to claim that story in Iliad that we read now isn't exactly 'original'.

I'm gender-fluid and very annoyed like Alex Fierro has been portrayed. I will use she/her pronouns for Alex here, as she / he uses them most of the time.

Okay, Alex´s the only one trans/ not cis character out of 200+ characters (not including gods and goddess). I am happy that he wanted to show representation, but he did it "kinda" crappy.

Alex is completly this "sarcastic, sassy gender-fluid"- stereotype. She only consisted of a quirky fashion sense, sarcastical comebacks and her gender identity. She has no complexity or showed barely any emotions, I know she had a hard past, she´s strong etc, but she had no real depth or called-out flaws or even a little bit of complexity. Seriously if you think about it, we don´t have a lot of Lgbtq+ characters who has actual depth and are more than their sexuality or gender identity. (also the most lgbtq+ characters are minor characters)

Not just is Alex a stereotype, it´s also kinda wrong. I hated it so much how Magnus is able to know when Alex changed her gender. I know that Rick said when she is male her hair "grew longer". (it´s also wrong to make her look change just because she changed her gender. gender-fluidity is inside) But Magnus just now it magical? Rick should have normalize it to ask for prounouns.

Her mother Loki is also gender-fluid. Alex allegedly got her gender identity from her Mom. But I hope we all know that gender-fluidity isn´t heritage or something like that. Also like a sexuality you don´t gain it from parents. Nobody has a influence about it.

But I really loved the little text Rick wrote about homophobic and transphobic parents who are kicking their parents out.

“The gender thing wasn’t what surprised me. A huge percentage of the homeless teens I’d met had been assigned one gender at birth but identified as another, or they felt like the whole boy/girl binary didn’t apply to them. They ended up on the streets because - shocker - their families didn’t accept them. Nothing says “tough love” like kicking your non-heternormative kid to the curb so they can experience abuse, drugs, high suicide rates, and constant physical danger. Thanks, Mom and Dad!” (pg. 55).

I agree with all those things like that the writing’s a bit ackward and a bit lackluster or that he put all that information in a very all-at-once but rather that awkward slab of text than the fact that it is not there. He summarize some of the major issues facing transgender youth. And he researched what doesn't really happen that often in Riordans books.

(edited by Kathy.724)
Alex FierroRick RiordanMagnus Chase and the Gods of Asgard

Now, I know that Nero's tower just came out like last year but I just mean in the future. Will we get more spinoffs ? Or is this the time where the books go on pause and we get a lot of serieses in live action/movie ? WhAt ArE yOuR THouGhts

It is canon that rick is a senior scribe at camp half-blood. That basically means he’s the librarian lol 😂

So you have to have a coin to pay Charon the ferryman. Remember when Percy, Annabeth and Grover went to the underworld for the first time, the priest they saw, whose “ Lamborghini for the Lord” crashed and he died. In Greek tradition, you have to be buried or burnt with a coin on or in your mouth to cross The River Styx, or remain a lost spirit forever. Percy said the priest died a few days before they say him in Hades’ kingdom. Did he die with a coin in his mouth?

Yeah, I'm supposed be on a hiatus, but imma just sneak in just for this post cuz IT HAS A LOT OF EXCITING STUFF and then I'm leave to my hole where I shall spend the rest of mah eternity (kidding, dw, I'll be back ;))

Anyway, if you've been following (or should I say stalking? 👀) Rick Riordan closely, you'd know that he posts monthly blog posts on his website https://rickriordan.com. So recently he's posted a new blog so I'm here ;) I'll only be highlighting the exciting parts, cuz you can read the full article for the yourself if ya want!!

The Cursed Carnival and Other Calamities' cover was released not very recently and it looks magnificent!! The book's gonna be a short story collection from most of the RRP authors and even Rick himself!! Uncle Rick's Irish mythology standalone is gonna be a part of this too!!

Daughter of the Deep

Soonish… very soonish, I will have a final cover to show you for my upcoming science fiction novel DAUGHTER OF THE DEEP, a new modern take on the story of Captain Nemo from 20,000 Leagues Under the Sea, featuring his only living survivor, Ana Dakkar, a high school freshman who must claim her heritage to save the world. Also very soonish, I should be able to announce some exciting news about movie rights for this book. Stay tuned! The book itself comes out Oct. 5, and I can’t wait to share it with you.

WE'RE GONNA HAVE A FINAL COVER AND MOVIE RIGHTS FOR THE BOOK!! THERE CAN'T BE ANYTHING MORE EXCITING, RIGHT!!?

Well, for the people who's been stalking Rick for ANY news on the Disney+ series, here you go!!

We have pretty much nailed down the outline for the entire first season. We know what each episode will cover, and how the season will narrate the action of The Lightning Thief in a faithful way, but also with some new and exciting depth, so if you know the story, you will love it and find it rewarding and refreshing. If you have never heard of Percy Jackson, you will also love it.

The first season's writing is ALMOST done and I'm sure we're all gonna love it!! And casting news!! This isn't much, but atleast good enough!!

On a final note,

A fantasy adventure TV series based primarily on young characters with sets that change every week? NO ONE has ever done anything quite like this before. This is one reason we can’t rush the process.

That definitely sounds like the series is gonna be such a big hit!! Can't wait!! 😌😌😌

The Argo II. Or Titanic if you ask something not in his books.