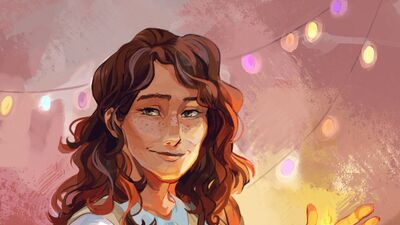 Sally Jackson is the mortalmother of Greek demigodPercy Jacksonand his mortal maternal half-sisterEstelle Blofis. She is the widow of Gabe Ugliano and iscurrently married to Paul Blofis. 1 History 1.1 Early Life 1.2 Percy's birth 1.3 Marriage with Gabe 2 Percy Jackson and the Olympians 2.1 The... 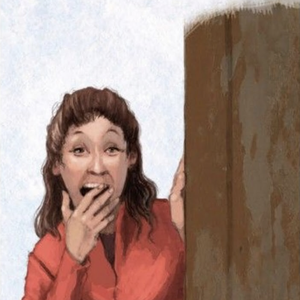 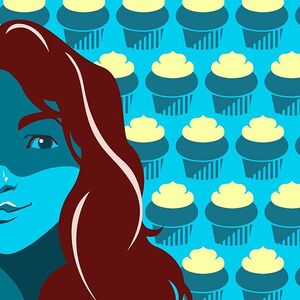 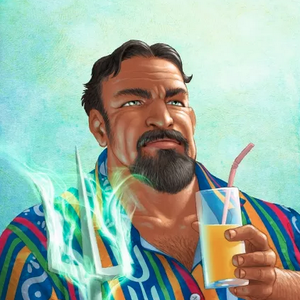 Can we just acknowledge what an amazing mother Sally Jackson is? She married a toxic and abusive man just to protect her son from certain danger. Even Apollo noted that she 'possessed just the right combination of compassion, strength and beauty'. She gave up everything she had in order to protect Percy and had to suffer at the hands of a cruel and abusive man. She loves and cares deeply for her son and is constantly supportive of his decisions and encourages Percy to trust his own judgement. Sally. Jackson. Is. An. Amazing. Mom. I could probably rant on for days, but imma stop here now <3

(edited by Katy112)
Sally Jackson
Yes, she deserves it
No, she wouldn’t take it for her family 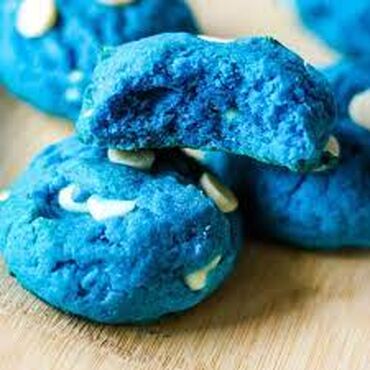 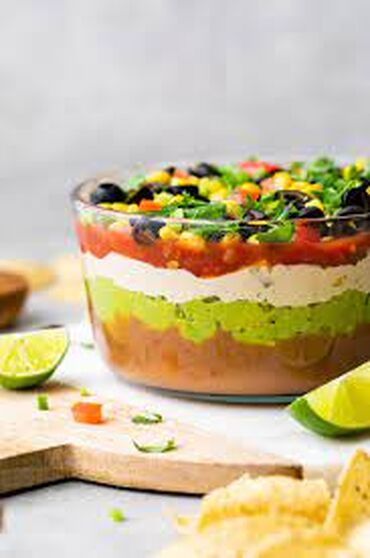 Hello. In this post, I'll be listing some of my favorite things about Paul, a criminally underrated character.

Sally lost her parents in a plane crash. She had to quit her dreams to help her uncle. She was in an abusive relationship. And her son nearly dies every week. She deserves to loosen up and laugh sometimes. Paul does that.

"My mom was sitting at out kitchen table with some . . . guy. They were laughing hysterically"

Just one of the instances he was an amazing person.

"He'd managed to convince Goode High School to accept me for ninth grade, despite the fact that I'd gotten kicked out of every school I'd ever attended."

Percy is a problem child, to say the least. He’s been kicked out of many schools and has done things that have endangered the students and staff. And Paul convinces the school to let him in. That really showed that not only Is he nice to Sally, he cares about Percy as well.

This isn't the only occasion Paul has been caring towards Percy. There's more.

"Your mom," Paul said. "I'm thinking about proposing to her." I almost dropped my cup. "You mean . . . marrying her? You and her?" "Well, that was the general idea. Would that be okay with you?" "You're asking my permission?" Paul scratched his beard. "I don't know if it's permission, so much, but she's your mother. And I know you're going through a lot. I wouldn't feel right if I didn't talk to you about it first, man to man."

While Paul wasn't necessarily asking permission, the fact that he went out of his way to make sure Percy was fine with it says a lot. he really cares about Percy's feelings

Paul grabbed a sword from a fallen hero and did a pretty fine job keeping a dracanae busy. He stabbed her in the gut, and she disintegrated. "Paul?" I said in amazement. He turned toward be and grinned. "I hope that was a monster I just killed. I was a Shakesperian actor in college! Picked up a little swordplay!"

Just . . . wow. Paul's only training at this point is being an actor. He can't even see the monsters real form because of the mist. But he beats a trained dracanae. Very impressive.

Random Thing I Have to Say

Poseidon, a canonical rap*st, gets more attention than Paul. He even has official art, and Paul doesn't .

I was thinking that every character has their haters but I've never seen Sally Jackson haters and Nico Di Angelo haters. Do you like them? If yes, do you know anyone who doesn't?

Blue cookies are overrated. Ambrosia and Nectar is way better.

Blue cookies turn out green if you make them.

They're literally the most overrated thing in this fandom imo.

I did part one a while back and thought I would finally do a part 2.So in this series I take some characters and I put them through my interpretation of how they would do stuff. So today we will be using the following characters

Folks beware you might get emotional reading this because I sure got emotional making it. Onto the reading part crying thingy. (Don't have a name for it)

Mr.D-Laughs in your face because he will never have to experience it

Nico Di Angelo-"You not dead yet, stay alive stay strong," 2 minutes later mutters a curse under his breath about himself Bianca and hades

Sally Jackson-Crying and comforting you at the same time

Thalia-Many gasps and sobs. Probably gives you to Artemis to see if she can heal you

Coach Hedge-"CUPCAKE NO! Who did this to you was it Midas a minotaur? You gotta tell me so I can kill it"

Hazel Levesque-"I hope you get a second chance too. Use it wisely"

Jason-Shocked(get it) "No one saw this coming. you...How did..." then hugs you

Wow, that was sad!

Put your favorite in the comments

So Rick Riordan says gods have no dna. That would mean that every demigod child must look exactly like their mortal parent. But it doesn't, since the entire Athena cabin has blonde hair and gray eyes and etc. So you could assume that the gods determine how the children look. I can "understand" that. After all, we all don't want to ship incest.

But in my opinion it makes no sense why the biological child of Sally and Paul Blofis has Percys ( who has Poseidons) sea-green eyes. It makes literally no sense. Neither Sally nor Paul have godly roots or are related to Poseidon. At least it was never said or mentioned. (Sally has blue eyes not green eyes) It doesn't make any sense that a god has a determination over the appearance of estelle, since she is in no way related to gods.

So either Sally and Poseidon had something together again. (Or a Sally-Poseidon-Paul thing).

It has to be at least something with Sally and Poseidon, because Sally was pregnant after all. We have learned in ToA The Hidden Oracle that when a god and a male mortal have a child together, the god becomes "pregnant". Kind of like that.

Or rick riordan wanted Estelle have green eyes like her big brother, just wrote his sh/t again without thinking a second time or that it interested him at all, as so often before.

By the way, salt and pepper hair simply means black hair with gray streaks. It is impossible that a child / baby already has gray streaks. Unless it has a specific inherited syndrome called piebaldism. This is a white strand in the hair that grows in the forehead area. Could be because Paul is also described with salt and pepper hair and he's only in his mid thirties.

Yeah, Ricks crap is bothering me or maybe he is a genius, will writing a new series but about Estelle being a demigod and make more money and cash but I don´t think so

Okay. So I got this idea when I was reading House of Hades for the I-don't-know-because-I-love-Uncle-Rick's-books-so-much-th time, and when Annabeth mentions the words 'blade from Athena herself', and that got me thinking. Was there an actual blade from Athena in Greek mythology? The first thing I could think of was actually the legend of Perseus.

In Greek Heroes, it said that Athena appeared to Perseus when he had uncovered the sword and shield. Later, when Perseus had defeated Medusa, he gave his magical items to Hermes. It can be assumed that is sword was celestial bronze, as she was able to kill Medusa with it, and celestial bronze is magical. Therefore, Hermes had retrieved Perseus' sword.

We know that Hercules is a descendant of Perseus, and it is mention in Greek Heroes. We also know that Hercules also possessed Anaklusmos, -which is a celestial bronze blade- as Zoë Nightshade have it to him. And we also know that there are no coincidences when it comes to demigods. It can be assumed that gods, or Hera at the very least, visit the Garden of the Hesperides because of the golden apple tree. As mentioned before, Hermes had Perseus' sword, which means it was on Olympus. If a god was visiting the Garden, it isn't unlikely that Perseus' sword was dropped and recovered by Zoë. But this is only part of my theory, but let it be said that Riptide was indeed Perseus' sword.

Now here's where it gets interesting. We know that there are no such things as coincidences, as stated earlier. And the fact that both Perseus and Hercules wielded the same sword is more than questionable unless Anaklusmos has a secret. That only those with it's first wielder's blood can wield it, and is attracted to those who do have Perseus' blood. (Yes, I know that Chiron also had Riptide for some time, but his father was Kronos, who was also Zeus' father, who was Perseus' father.)

So, what if Percy was one of Perseus' descendants? If you think about it, it makes a lot of sense. The demigod heritage in Sally's blood likely helped her see through the Mist, and might've even helped attract Poseidon. Sally's heritage could've even had her subconsciously name Percy Perseus, and not just because he had a happy ending.

Imagine if all the Main moms met. So Sally Jackson, Natalie Chase, and Ruby Kane. What would they talk about?

I have gone through so many fan arts and I haven’t seen any of PERCY IN A TUX FOR HIS MOM AND PAULS WEDDING like how come we don’t have any of ANNABETH HELPING PERCY BECAUSE SALLY IS GETTING MORE BEAUTIFUL AND READY FOR ONR OF THE HAPPIEST DAYS OF HER LIFE also can’t you just imagine it it would be so cute. If you agree say so in the comments

I've been meaning to post this about Gabe, Percy's ex stepfather (wait, is that even a thing, I mean ex stepfather??)

Welp, anyways I am reading the PJO series over again and this happened a few books ago but basically Gabe HITS Sally. I dunno if I'm the only one who forgot that horrible fact but it's true!

I honestly thought that he was just like, a plus sized dude who drinks, smells, and plays poker with his mean friends. (Oh, and takes over Percy's bedroom and enjoys tormenting him)

Like he physical abuses Sally. She has got to be the best mother EVER to keep him around for Percy.

That's all I had to say though so bye!

What needs to happen in the Riordanverse is Sally Jackson needs to become the co-god of family and cooking. And Paul gets to become immortal with her because she deserves all the happiness in the world.