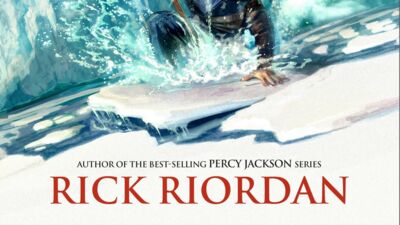 The Son of Neptune is the second book in The Heroes of Olympus series written by author Rick Riordan. It was released on October 4th, 2011, a week earlier than originally planned. The story takes place around six months after the previous book, The Lost Hero. In an interview by Scholastic with... 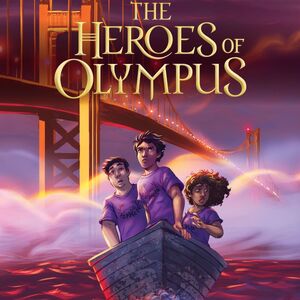 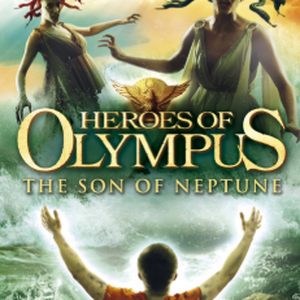 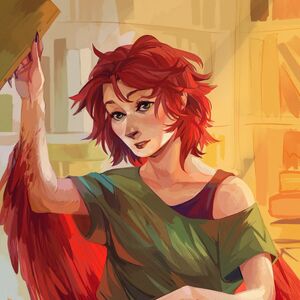 such inaccuracies can be seen in some, if not most, of the asian characters representing their respective backgrounds in the books. and one culture, whose representation has been inaccurate is chinese culture.

for the sake of this post, we’ll be taking a look at frank zhang—his chinese name and grandma zhang—why her mandarin wasn’t even mandarin in the first place to begin with.

frank zhang. discernible mistakes occurring due to lack of research can be found clearly in the name itself; more specifically, his chinese name fai.

“No one called him Fai except his grandmother.”

“What sort of name is Frank? She would scold. That is not a Chinese name.”

fai is indeed a chinese name and there is not something quite exactly wrong with grandma zhang calling her grandson fai, for from what i know, it isn’t particularly uncommon for chinese people to have two names—a western name and a chinese name.

however, the problem arises when we learn that the zhang family speaks mandarin.

the name fai isn’t even mandarin; in the hanyu pinyin system—which is the official romanization system for standard mandarin chinese—fai doesn't create one word and i doubt that 'tis even pronounceable in mandarin.

on the other hand, arguments can be risen that fai is a variant spelling from the wades-giles system—which is the romanization system for mandarin chinese produced by thomas francis wade—but when we look at all the instances where grandma zhang has been implied to take pride in her ethnicity/nationality as a chinese and i highly doubt that she’d use a foreigner’s romanization system even though assumptions should never be made.

grandma zhang calls frank 'fai zhang'. this isn't necessarily wrong but as far as i know, people from the three east asian countries namely south korea, japan and china, call themselves with their last names first and assuming the pride she takes in her ethnicity, she should've called frank 'zhang fai'.

taking the last point into consideration, and keeping in mind that grandma zhang takes pride in her chinese ethnicity, we reach our next point, which is the inaccurate use of chinese languages.

“‘A woman appeared at the fire,’ she continued. ‘She was a white woman—a gwai poh—dressed in blue silk, with a strange cloak like the skin of a goat.’”

the term gwai poh is a chinese slang, yes, but it is cantonese, not mandarin. and the latter is the language that grandma zhang speaks.

if you wanted to say “foreigner” in chinese slang, the cantonese version gwai poh (cantonese romanization) isn’t even valid in mandarin which is the language grandma zhang speaks. the closest thing to gwai poh in mandarin would be lao wai—which is the pinyin transliteration for 老外 which is an informal slang for ‘foreigner’ as well.

with a tad bit more research similar to how rick riordan used the knowledge of seven being an unlucky number due to july being the ghost month and how ‘zhang’ (张) means ‘master of bows’, he could’ve avoided making these simple mistakes, and given our beloved character frank zhang’s culture a much better representation.

i hope you all enjoyed reading the post and comment on your thoughts down below but please be respectful, and i hope you have a nice day!! <33

A) The Last Olympian

B) The Lost Hero

C) The Son of Neptune

D) The Blood of Olympus

Hello. This is quite easy. I expect y'all to get it right..

Can't wait to see your answers.

-The girl who drinks caffeine before bed and is tired 12 hours later after not being able to sleep A.K.A Jojoooo1

(MENTIONED IN: The Son of Neptune)

*Me realizing I just gave a hint*

Good Luck! Same rules apply as always! DO NOT LOOK IT UP! BTW, when you are answering, answer like this: EXAMPLE: D

A) The Son of Neptune

B) The Blood of Olympus

C) The House of Hades

D) The Mark of Athena

Hey! I'm back again!! Same rules as yesterday, DO NOT LOOK IT UP! In the comments, just type the letter. Not the number. Ex: Answer: D. That's it for now, enjoy!

(NOTE: NO BOOK MENTION TODAY CUZ THE NAME OF THE BOOK IS PART OF THE QUESTION, LOL)

Ok, am I the only person who isn't comfortable with the idea of Octavian reminding Percy of Luke? In Luke's wiki in the 'The son of Neptune' aria, it says, "During Percy's first meeting with Octavian with Hazel Levesque, Percy tells Octavian that he reminds him of someone which indicates Luke." I personally like luke and think he is an amazing person and the idea of being mentioned as similar to Octavian (ew) makes me angry. Is anyone else like this???

In The son of Neptune on page 430 when Percy saw the picture of Sammy in Hazel’s old house he said that he’s seen him before. My question is how? Sammy looks just like Leo but Percy and Leo haven’t met yet. So where has Percy seen him before?

SPOILER ALERT: MAY CONTAIN SPOILERS ABOUT SON OF NEPTUNE

Tbh this is BASICALLY a rant.

So like, is it just me or did it cross your guy's minds (when you first read son of Neptune) That hazel could be Bianca Di Angelo??

When I first read Son of Neptune I wuz like: ...OMG!! Hazel is OBVIOUSLY Bianca Di Angelo!! HA. I already know the plot twist 😏

Halfway through son of Neptune I wuz like: Oh...so...they were not the same person...um...I NEVER SAID ANYTHING.

I just wanted to know if it wuz just me 😅

I just realized ¨go the distance¨ from Hercules fits Percy in the son of Neptune when he lost his memory...

Many people will not agree with me, but imma say my unpopular opinion:

People are WAY too over dramatic about Percy's pillow pet. It is a literal pillow pet, go get another at Target or something. And the "he cant get another one cuz he already formed an emotional bond" is completely stupid, it's not your dog, it's a literal stuffed animal, if someone had replaced it with one looking the same, I doubt Percy would've noticed. And the fandom having literal funerals for the pillow pet, like, wth? get a life. stop mourning a freaking pillow pet.

If i offended some, i apologize. But this is my unpopular opinion.

In the last olympian nico was twelve years old but in the son of neptune,which takes place about six to eight months after the 2nd titan war ,so nico should be at least thirteen years old,but it says that he is fourteen,so someone explain if this is an error or am i missing something.... 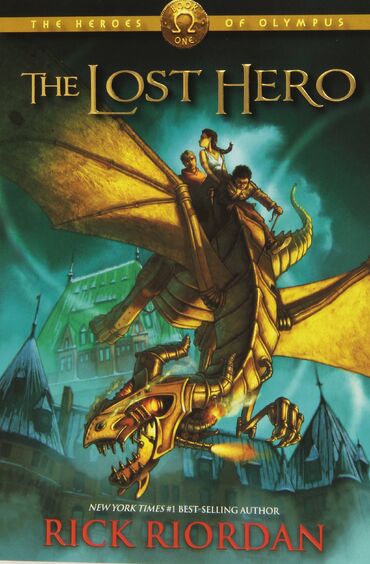 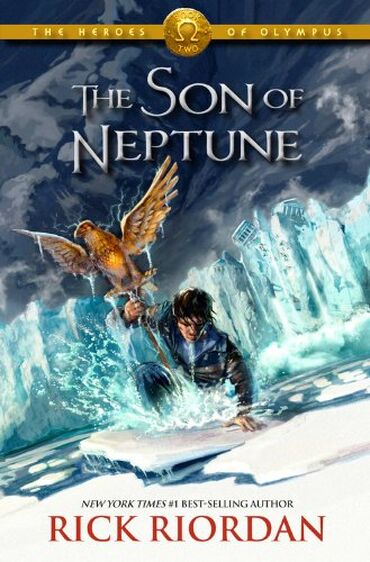 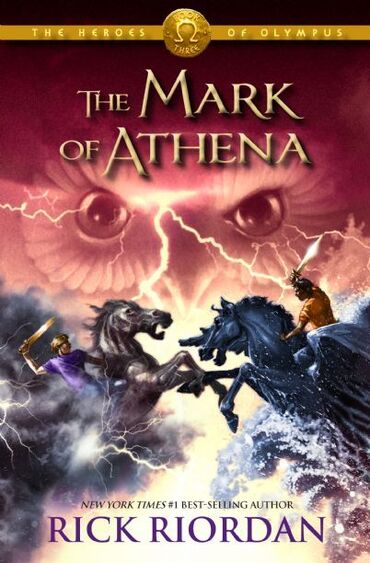 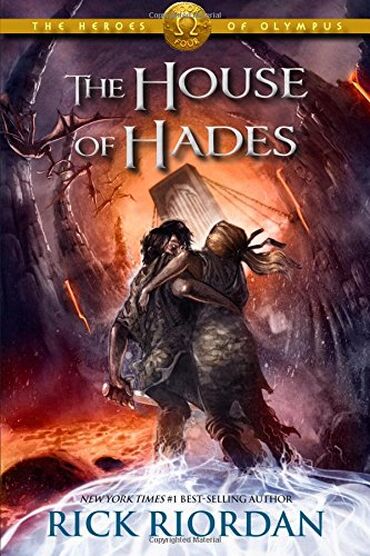 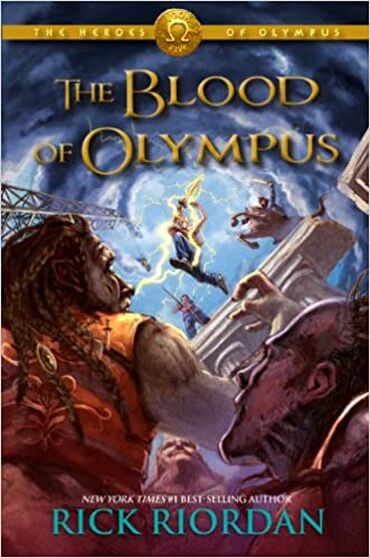 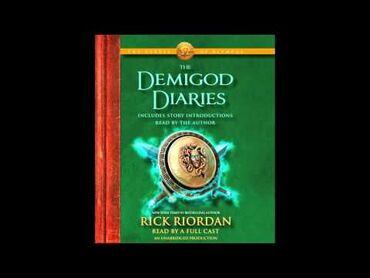 Ok so we know that Percy is the son of Poseidon and all but I wonder what an actual child of Neptune would act and how would they be different from Percy...

Spoilers for Son of Neptune

Okay so since Hazel is dead do you think she'd be a member of the fresh start club? Would Nico come as a kinda special guest or something since their both Children of Hades?

If you are a Percy Jackson fan, you are most likely a Percabeth shipper. (If not, feel free to skip this post :)) Percabeth has had a lot of sweet moments, like the end of Last Olympian, funny moments, like Lightning Thief, and heartbreaking moments like ALL OF HOUSE OF HADES.

You probably have a certain moment you think of when you think of Percabeth, or perhaps just a cute little picture of them hugging. Either way, Percabeth has had some amazing moments, and I'm gonna rate 7 of them.

If you want another ship, post in the comments!!

The first Percabeth kiss! (OK, so it might not have been an official kiss, but still.) It tells you that even though Percy and Annabeth drive each other crazy, they've been through a lot together and really know each other. Plus, Annabeth shows that she's got a little something for Percy.

Even though Annabeth wasn't seriously considering being a hunter, Percy was worried sick that she would leave him. By this point, Annabeth and Percy are developing feelings for each other. Percy is overjoyed after discovering Annabeth is staying at Camp Half-Blood, warming our hearts.

#5: Percabeth on the Argo 2 in Mark of Athena

This Percabeth scene was actually really funny, at least after it ended. After months of being apart, Annabeth and Percy stay up late to talk about their future... and Percy starts talking about New Rome and college. It was a serious Awwwww moment that I believe goes under the radar.

#4: Percabeth kiss in the Labyrinth

The best part is that Percy doesn't see it coming. They both know that they could possibly die, so Annabeth sees it as her last chance. Her last chance to tell Percy that she.. well.. you know.

#3: Percabeth REUNION in Mark of Athena

Man, Percabeth was on pointe in Mark of Athena. When Annabeth judo-flips Percy.... man, can you say iconic? And then, right after the flip, there's a threat and a kiss. Who else could pull of a near-death experience, threat, and kiss like Percabeth?

You saw this coming. It's only the most iconic Percabeth moment of all time. "And it was pretty much the best underwater kiss of all time." Percabeth is finally canon. The PJO fandom is finally satisfied with their life. (Until, of course, Lost Hero)

Guys. Do I even need to explain? "As long as we're together" may be one of the most heart-wrenching lines ever. Percy giving everything up - like, he literally gave up the fate of the world - for Annabeth. Talk about HEROIC!! Talk about ROMANCE!! Talk about CRYING!!!!

Anyway, those are my 7 favorite Percabeth moments. Any moments that I didn't say? Feel free to put those is the comments! Any ships you want me to highlight? Put them in the comments!

Percy suggest to Reyna in SoN that she partners up with Hazel or Frank as praetors, however she debunks that idea by saying that the Legion would never follow Hazel because she is a child of Pluto or Frank if they found out his family history.

However, during HoH Reyna approves Frank's role as praetor and agrees he is right for the job. Then later, in ToA, TT Reyna resigns her role praetor to join the Hunters of Artemis, and the entire senate unanimously agrees to put Hazel in her place.

What I am getting at here is this: The two people who Reyna said the Legion wouldn't follow are the Praetors of Camp Jupiter.

In the son of Neptune Percy, Hazel and Frank didn't find Ella??

I'm presenting you with my favorite part in The Son of Neptune.

MY favorite chapter, especially the part I bolded and italicized in the beginning.

I know, it's long. If you have the book, you can just find chapter 12, or XII

(edited by Booksarethebestfduser)
The Son of Neptune