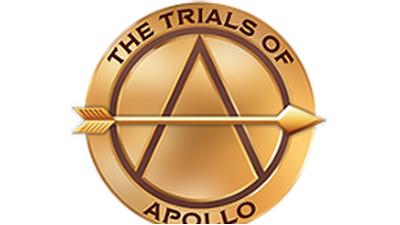 The Trials of Apollo is Rick Riordan's new series, set after The Heroes of Olympus. The series has five parts, with the first book, The Hidden Oracle, was released on May 3, 2016. The series follows Apollo, who has been turned into a human as punishment from Zeus, and his journey at Camp... 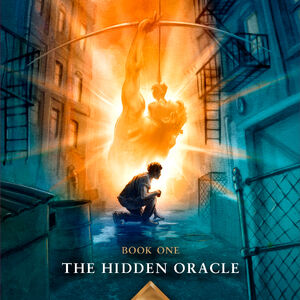 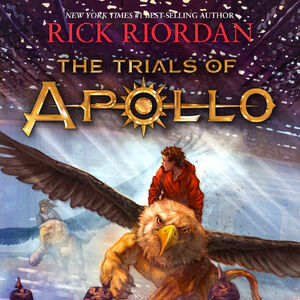 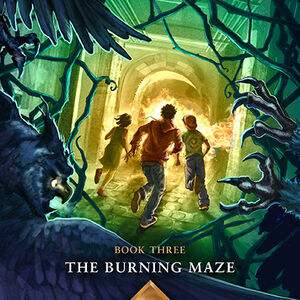 Magnus Chase and The Gods of Asgard Trilogy
The Kane Chronicles
The Trials of Apollo
Or those booklets that contain spin-off stories.

And for my gift, I will soon be getting my hands on the Trials of Apollo series after more than a year of anticipation.

So those of you who have read ToA, how much would you rate it? Maybe give a short TL;DR summary of the plot. Try to avoid spoilers please

Hm idk if this has been done before but eh

I'll close submissions uhm in 48 hours? (unless no one posts any quotes ;;)

Edit: I think I'll do four quotes per round and then semi-finals and finales? i was thinking of doing six per round but that might be too much 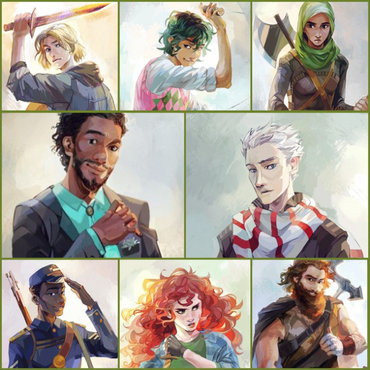 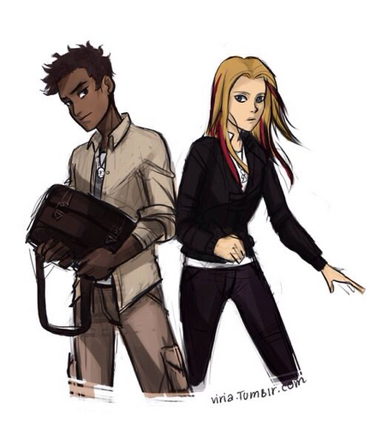 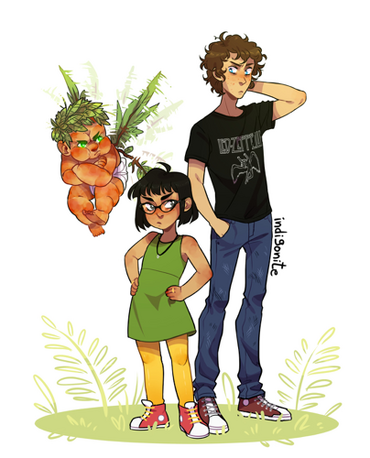 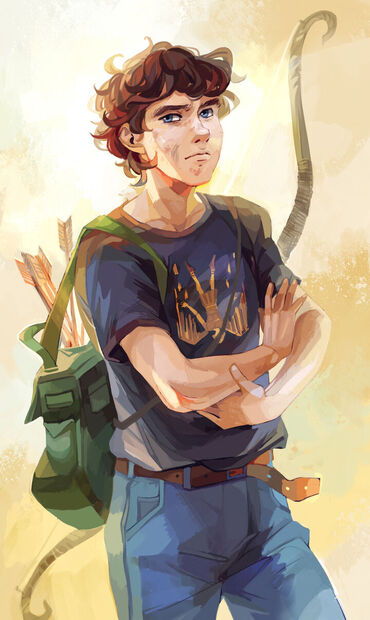 lester Papadopoulos the most worthless of the teen 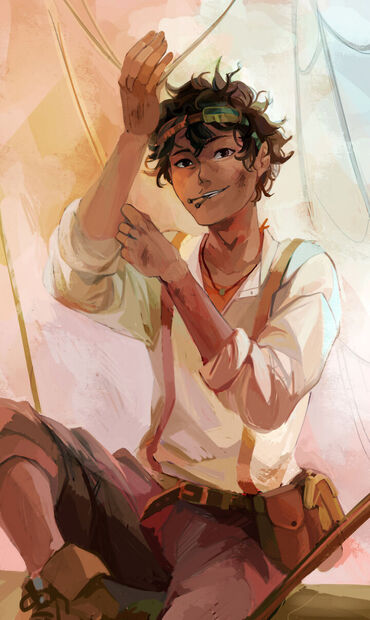 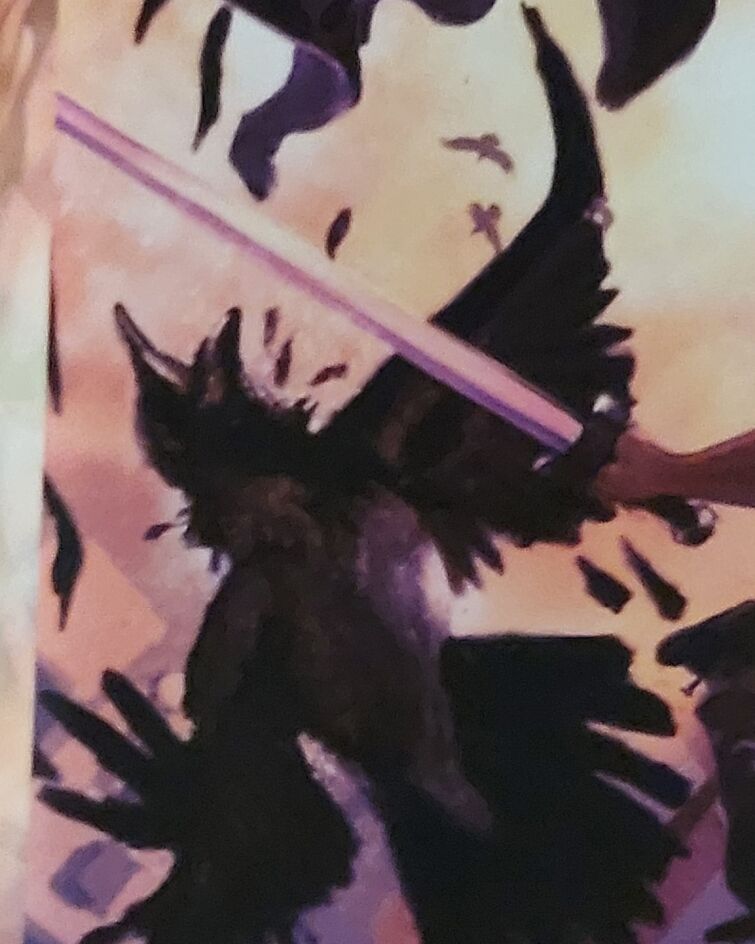 I know I made a post explaining the five main series' titles, but now I will make other ones that work for the same books. Here:

The Lightning Thief: The Master Bolt

The Sea of Monsters: The Golden Fleece

The Titan's Curse: The Sky's Burden

The Battle of the Labyrinth: The Ghost King

The Last Olympian: The Curse of Achilles

The Lost Hero: The Wolf House

The Son of Neptune: The Chains of Death

The Mark of Athena: The Eight-Legged Weaver

The House of Hades: The Doors of Death

The Blood of Olympus: The Rise of Earth

The Hidden Oracle: The Missing Voices

The Dark Prophecy: The House of Nets

The Burning Maze: The Emperor's Fleet

The Tower of Nero: The Serpent's Prophecy

The Red Pyramid: The House of Life

The Throne of Fire: The Book of Ra

The Serpent's Shadow: The Sea of Chaos

The Sword of Summer: The Wolf's Island

The Hammer of Thor: The Skofnung Stone

The Ship of the Dead: The Mead of Kvasir

Percy Jackson and the Olympians (PJO): Percy is the main character and the books includes the Olympian gods as a major factor.

The Lightning Thief: Someone has stolen Zeus's Master Bolt, making them the thief of his lightning.

The Sea of Monsters: The area where Annabeth and Percy travel to rescue Grover, resembling the events of the Odyssey.

The Titan's Curse: Atlas, Zoe's Titan father's curse to hold up the sky himself, which is given to Artemis, Luke, Annabeth and Percy. Also Heracles.

The Battle of The Labyrinth: The battle that happens after Camp Half-Blood is invaded through the Labyrinth entrance in it.

The Last Olympian: Hestia is the last Olympian because she is always there, at the hearth even as the other gods fight, although she isn't actually an Olympian.

Heroes of Olympus (HOO): The Seven (including Reyna and Nico) are the main characters, descendants of gods, and are fighting to save the world.

The Lost Hero: Jason is the lost hero because he is missing from Camp Jupiter.

The Son of Neptune: Percy is the son of Poseidon, whose Roman form is Neptune.

The Mark of Athena: The item that leads Annabeth down to Arachne to retrieve the Athena Parthenos statue.

The House of Hades: The building that is entered by the Seven to get to the Doors of Death from the mortal side.

The Blood of Olympus: The blood of an Olympian demigod is necessary to wake Gaea and it does when Percy has a nosebleed while fighting and Annabeth is wounded.

Trials of Apollo (TOA): Apollo, now Lester Papadopoulos, has to go on separate dangerous adventures to regain his godhood.

The Hidden Oracle: The Grove of Dodona is a forest oracle that is hidden in the woods of Camp Half-Blood.

The Tyrant's Tomb: The tomb of the last Roman emperor Tarquin, where Apollo, Hazel, Meg, Lavinia and Don enter.

The Tower of Nero: Where Nero resides and Apollo and Meg have to enter because of Nero's ultimatum for their surrender.

The Kane Chronicles (TKC): The adventures of the Kane children, Carter and Sadie Kane.

The Red Pyramid: The pyramid being built by the god of evil, Set.

The Throne of Fire: The throne of the senile sun god, Ra, who is being found in this book with the Book of Ra.

The Serpent's Shadow: Named after the crazy idea the Kane children have for defeating Apophis, using a statue of him and his shadow to execrate him.

Magnus Chase and the Gods of Asgard (MCGA): Named after Magnus, the protagonist and the gods of the mythology this series is based on.

The Sword of Summer: Magnus retrieves Sumarbrander, or Jack, a magical sentient sword that is a key item in the book and series.

The Hammer of Thor: A legendary weapon, Mjolnir, Thor's hammer, which is stolen and has to be retrieved by Magnus and friends.

The Ship of the Dead: Named after the Naflgar, the Viking longship made of the fingernails and toenails of those who died outside of battle, where Loki, giants and the dishonorable dead will sail off to fight in Ragnarok.

9 From the Nine Worlds: Named after the 9 stories showing all the 9 worlds from the perspectives of 9 different characters.

Not going to do the smaller stories or even Rick Riordan Presents for now without requests.

So in one of the TTOA books Chiron said that he was meeting with a cat and a severed head. Does that mean another book series with ALL the characters in it ? Do you guys want that ?

Ok, I know I haven't been on this fandom in a hot minute. But hello everyone, how have you been? Now time for the real post.

My opinions on The Trials of Apollo.

I love it! I've seen somethings like, Apollo is so bratty/selfish, they hate the narration (Apollo's POV). I personally enjoy the books! The chapter titles as haiku poems, the modern-day references (Snapchat and Uber), Meg's backstory, and especially the humor/jokes.

Apollo is not selfish

Apollo/Lester is not selfish. Maybe he was at first, but as he experiences the real deal, he's not really anymore. He was willing to risk his life for Meg. He wanted Trophonius to let him suffer, because she knew Meg didn't deserve to be punished for his own actions. to His only life, since he can die as a mortal. He feels the hard emotions people dealt with before, while he was a god, not worrying about these things. He changes over time, and his emotions are displayed. Edit: he also took Lityerses back to the Waystation even because he felt sympathy for him. Keep in mind, Lit tried to kill them earlier.

Another thing I love about these books is the Waystation. Jo and Emmie are so kind, volunteering their home for everybody in need, like the parents you never knew you needed.

One thing I don't like is Caleo . I get the thing calypso was mad about, how she wanted a normal relationship, but instead they were always on a quest, fighting monsters, in danger. I never really like Caleo, because I wanted a single Leo with friends that are girls but nothing more (Piper, hazel, Annabeth, etc)

About the funny thing, here's one of favorite quotes:

"He even had a horrible name: Eubouleus. Sounds like Ebola, I know"

What do you think about The Trials of Apollo?

I'm interested to know your opinions on some of the things I discussed here and more! (No spoilers for the end of TDP and the remaining books"

After finishing The Heroes of Olympus, it'd time to read The Trials of Apollo😃.I went to the bookstore and got 1-3 books of The Trials of Apollo today. It came with a preview for 3 different books by Riordan Presents too! Here are some questions for you!

I just wanna know if you guys have ever gotten something incorrect about the Riordanverse and how they got debunked.

I just finished the Tyrants Tomb and listened to the first 4 Audiobooks of Trials of Apollo.

I kinda got bored really quickly. I think the Books are great, but i think it is too much Talking and narrating instead of action. Am I the only one who thinks like this, or do you think the same way?

I'm not gonna lie, I think The Trials of Apollo is the best-written saga by Rick Riordan.

Let's talk about the characters, they are outstanding! I love how Apollo grows from his punishment, he realises how important feelings are, he finally understand the value of friendship and human life. He got really courageous, he went trough a lot, hoping to become a god again, and when he finally return where he belongs, he realise that he doesn't really belongs there.

Then we have Meg, she is so strong...

All this characters have conquered my heart from the first word.

And what to say about the friendship, the romantic relationship and all the adventures!

In this saga you can see how much Rick Riordan has improved his writing; his humour was put in second place and the character development was put in first place.

Percy Jackson and the Olympians will always have a special place in my heart, but The Trials of Apollo has something more.

What do you think about Jasons death?

So, after I read Heoroes of olympous, I read The trials of Apollo. And because the translator to norwegian(wich is the language I am reading the books in btw) gave Tempest different names in every series, it took some time for me to realise it was the same horse.

Do any of you guys have some problems like this?