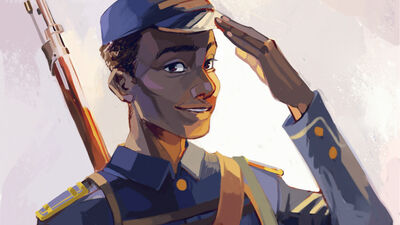 Thomas Jefferson Jr. is a Norse demigod son of Tyr and a man who escaped slavery. A veteran of the American Civil War, Jefferson became one of Odin's einherjar. He was born in Massachusetts, and was killed during the assault on Fort Wagner, South Carolina. After dying in battle he became an...

The winners of the last round are: 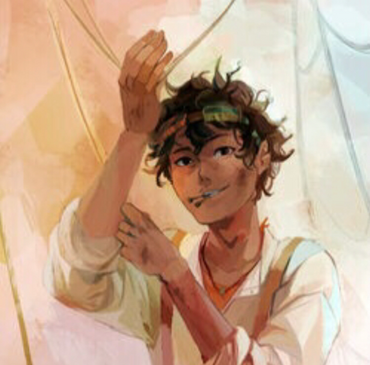 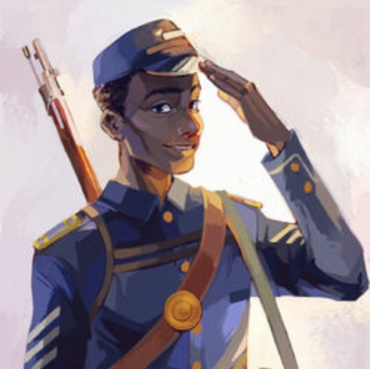 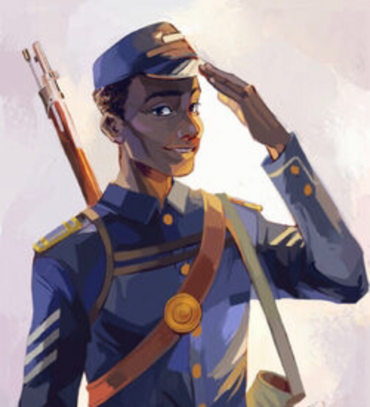 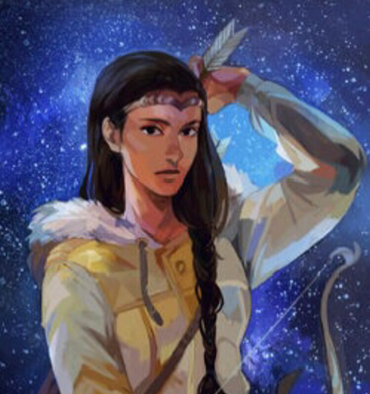 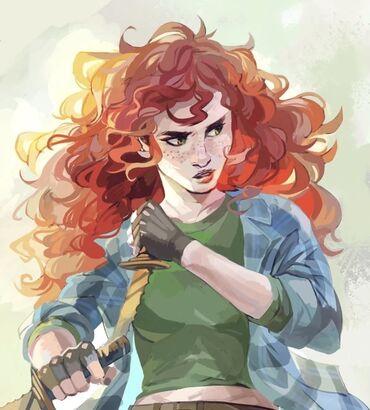 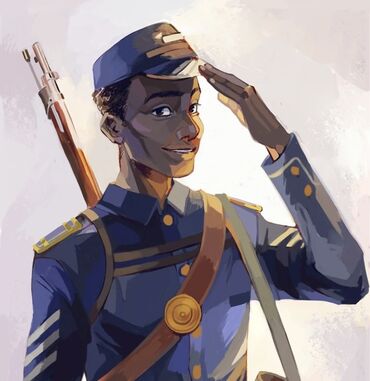 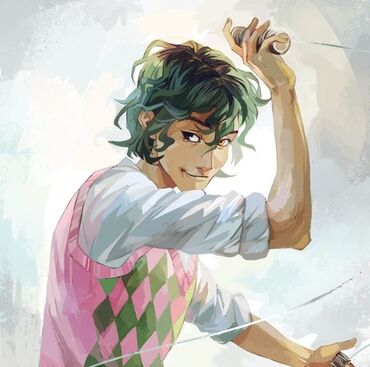 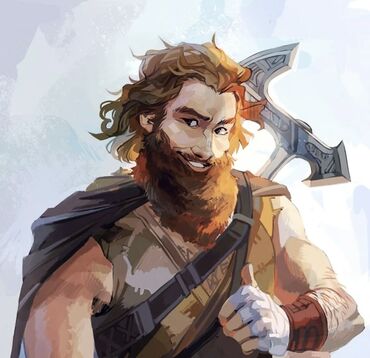 Sorry I haven’t posted in a while

So basically, I will try to every 12 hours post three pictures of the same picture, my questions are which is your favorite? Which one is do you think is most well done? And which one do you think represents the character best?

Magnus Chase and the gods of asgard 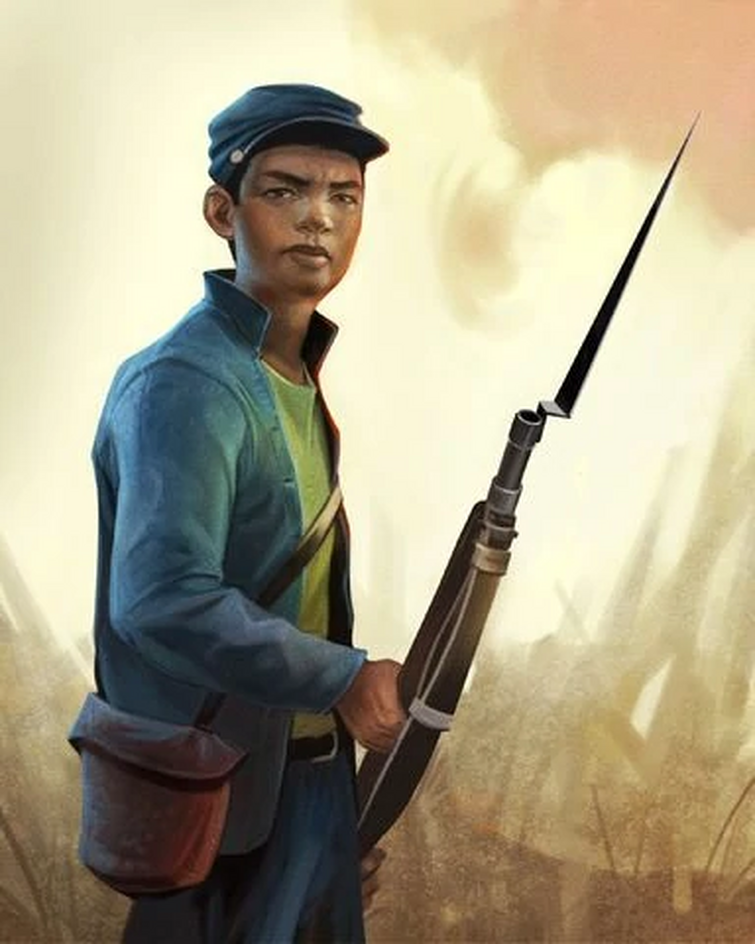 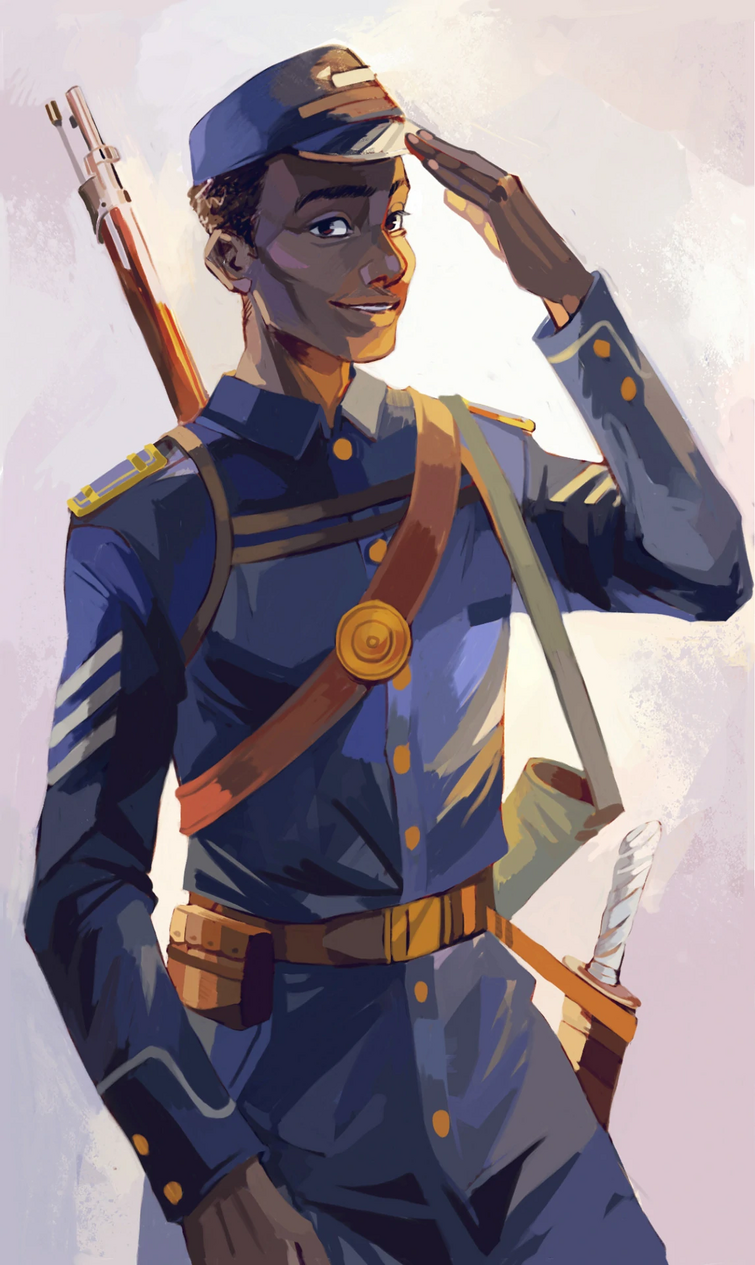 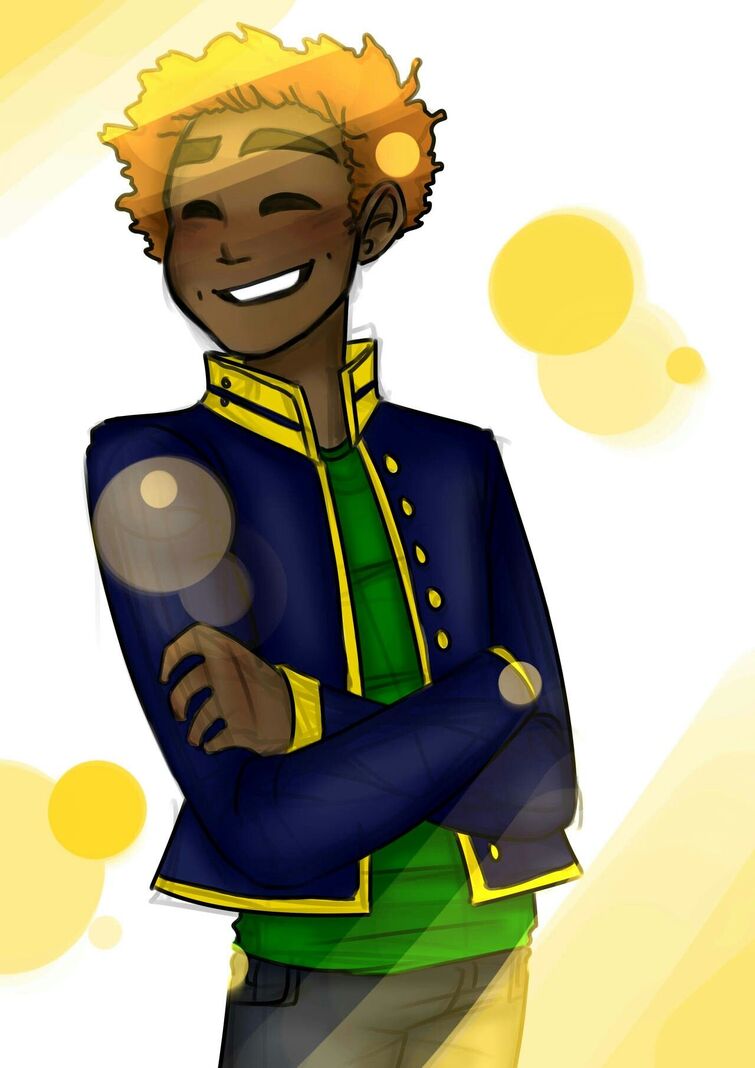 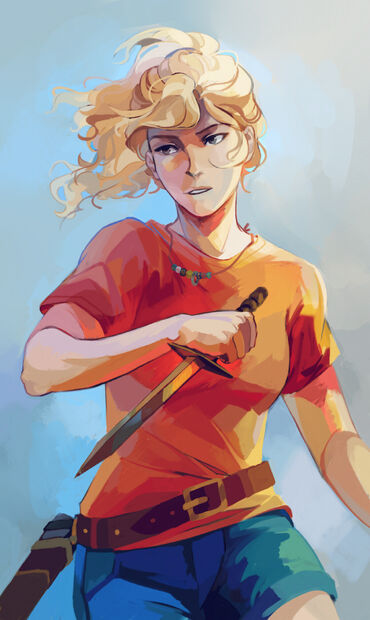 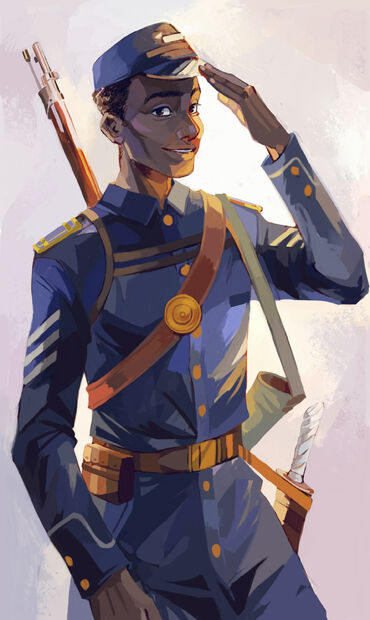 Imo, Thomas Jefferson Jr. was probably one of my favourite characters from Magnus Chase, and today we're appreciating him.

"Those crazy stories about the Norse gods in Boston. Right then I decided... okay. If my dad is the god of bravery, I'd better make him proud." - TJ to Magnus in Ship of the Dead

You can't deny that TJ is infact really brave, even for a son of Tyr. He literally lives his life to face personal challenges, being a son of Tyr. He is also a Military veteran, and faced a lot of discrimination. His fatal flaw is probably what got him killed, which is his unability to accept challenges. Which we can see in Ship of the Dead.

This really helped them later, because if T.J. didn't beat him in the fight, they wouldn't have had the location of Kvasir's Mead {is that how you spell it?}.

“Don’t you ever point that at a white man,” she scolded. “Ma, it’s just a stick,” T.J. said. “I’m playing.” “You don’t get to play,” she snapped. “You play-shoot at a white man with a stick, he’s going to real-shoot you back with a gun. I’m not losing another child, Thomas. You hear me?”

First of all, "I'm not losing another child" that implies that Thomas lost one of his siblings, which would already take a huge toll on somebody. Not only that, but racism was far worse {it's still a problem now} back then, and he faced a lot of discrimination in the Military as well.

Also, T.J. was one of the first friends that Magnus had at Valhalla, taking the liberty to invite Magnus to breakfast with the other residents of his hall on Magnus' first or second day. He even explained how the Nine Worlds worked to Magnus and honestly, that's just a nice gesture overall.

Anywho, I think that concludes it. I didn't cover everything but did as much as I could.

Yours in demigodishness and all that

For this post, I just kept hitting the 'Random Page' button until I got to something that related to a character, and I got 'TJ's bayonet', so here ya go.

TJ is your typical, everyday friendly dude who, you know, carries around a bayonet, and loves sniping people, charging up hills, and Britain. He is not scared of combat because of the many battles he's been through, and he loves order and challenges, as his father is the god of courage, law, and trial by combat.

So anyway, what do you think? Who would he relate to?

I myself don't know about this one...

For those who haven't read the MCGoA series/need a refresher/my above summary was too dense:

So this is my last black character spotlight and for this on I am doing... 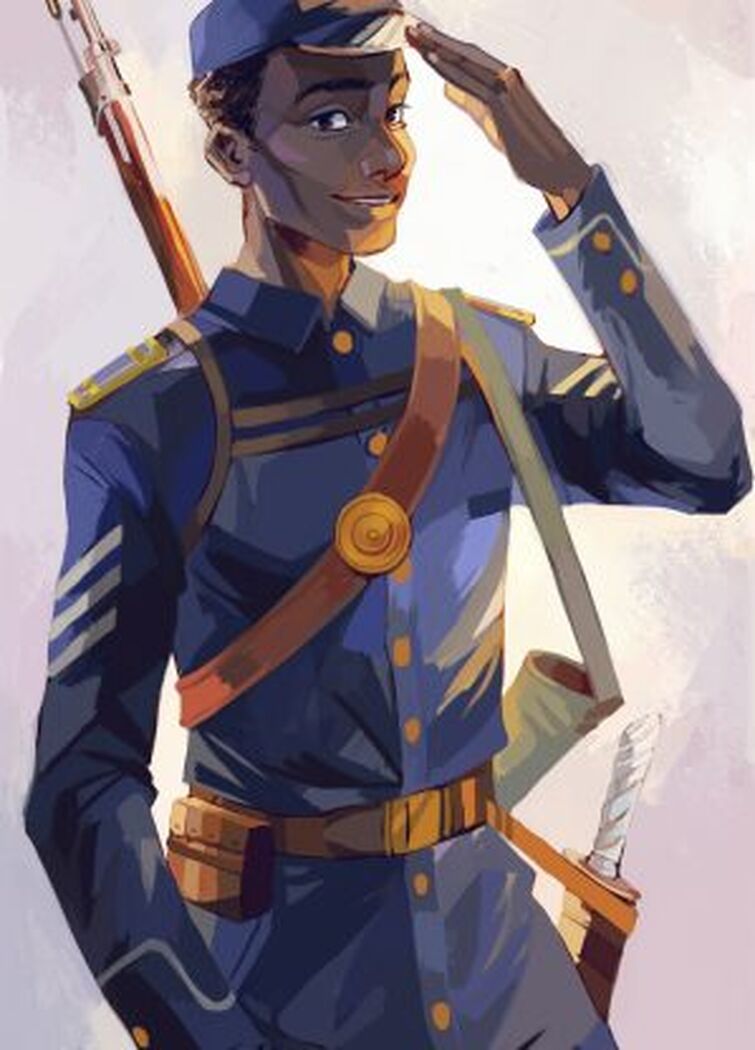 So TJ is from the Magnus Chase trilogy. TJ is one of Magnus friend on floor 19 at Valhalla. He is always eager to go in to battle with Magnus and the rest of their friends. He is super cool and I think he is also the son of a escaped slave. I could be wrong on that though.

Anyway I hope you guys enjoyed these black character spotlights I enjoyed writing them and I feel like it made me appreciate some of the black characters from Rick Riordan's books that I had overlookeed.

So I’m going to be starting a series where I take a character, usually from KC or MC, and give backstory, speculation, and reasoning. I was just rereading HoT, and I thought Thomas Jefferson, Junior, or TJ, would be a good first choice.

So TJ was born in slave America, to a freed slave and the god Tyr, god of bravery and personal challenges, I think. It is implied he had at least one sibling, who was killed or captured previously, as in a flashback his mother says she can’t lose another child. A thing that is told to us about children of Tyr, or at least TJ, is that he has to accept personal challenges. This guy could be a riot in Truth or Dare. So he grew up getting into plenty of fights, because every time someone challenged him, he couldn’t say no. When he saw a recruitment poster for the Civil War, he took it as a challenge and immediately decided to join up. He was a part of great battles in the 54th Massachusetts. His fatal flaw is likely his inability to decline a challenge, as that is what got him killed. At Fort Wagner, he was challenged by Lt. Jefferey Toussant (I probably spelled that wrong). He couldn’t refuse. Fix Bayonets! He charged down that hill, starting a major offensive. He took a few shots, and killed the lieutenant. He died smiling at a bunch of confederate soldiers. Both he and Toussant were picked up by Valkyries and taken to Valhalla, where they promptly spent the next 50 years killing each other. Eventually, TJ got tired of this. Stopped searching for ol’ Jeff. And he developed a more laid-back attitude. And then Beantown comes in. TJ was the first person to really connect with Magnus in his hallway. He invited him to breakfast, and attacked some valkyries helping him escape, presumably getting killed. He also helped Magnus take a hill, because what are Civil War soldiers for? He helped chase down Maggie, Blitz, Hearth, and Sam. And then let them go, helping fight the fire jotun that showed up. He fought some rock giants while helping crash Sam’s (alleged) wedding. Finally, he was a part of the crew of Mikillgulr. He killed the giant Hrungnir, getting a nice piece of flint stuck above his eye. He has an amazing heart, and deserves complete recognition, and he wears his Union Blue proudly. TJ, you are amazing. 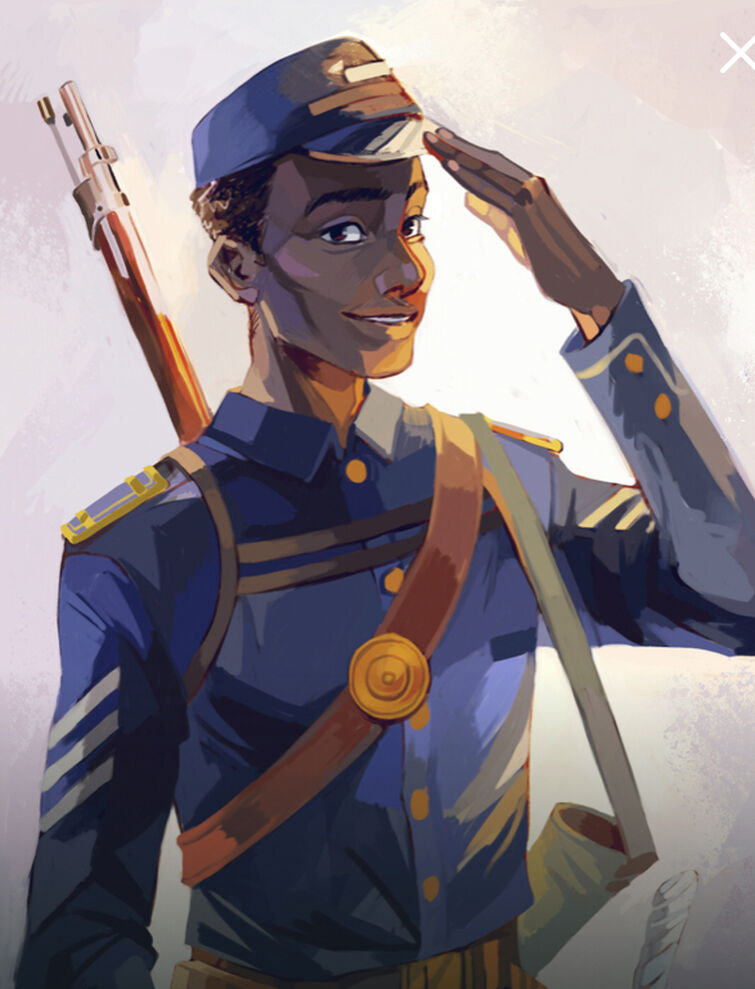 Thanks for reading my post! If you could tell me what you thought about it, I would really appreciate it!!

Magnus Chase and the Gods of AsgardThomas Jefferson Jr.The Ship of the DeadThe Hammer of ThorThe Sword of Summer

Do say who your Godly parent or legacy, or favourite god/goddess is with your answer. The first person to answer correctly will win. 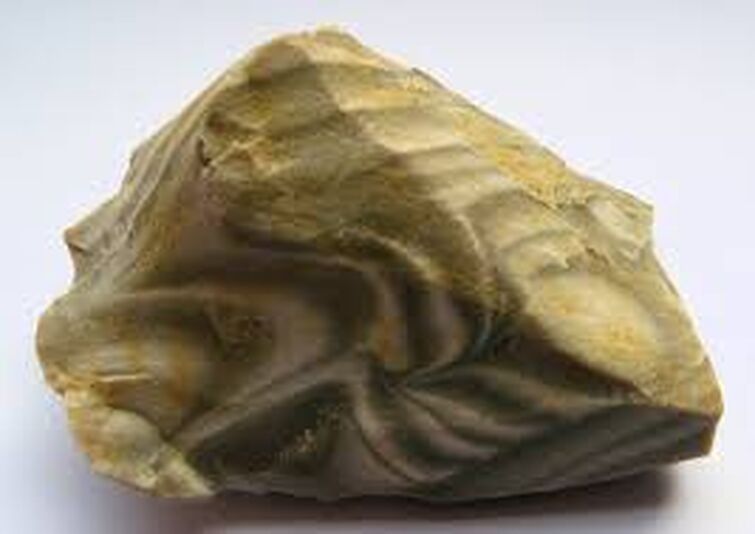 Hint: This is flint.