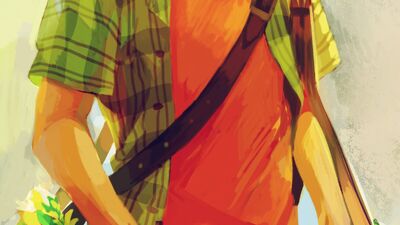 William Andrew Solace is a sixteen yearold1 Greek demigod, the son of Apollo and Naomi Solace. He is the current head counselor of Apollo's Cabin and a prominent healer at Camp Half-Blood. Will is currently the boyfriend of Nico di Angelo. 1 History 2 Percy Jackson and the Olympians 2.1 The Last... 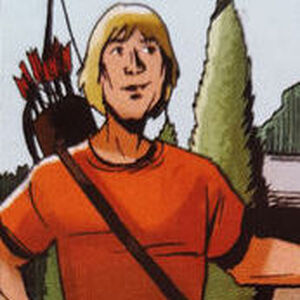 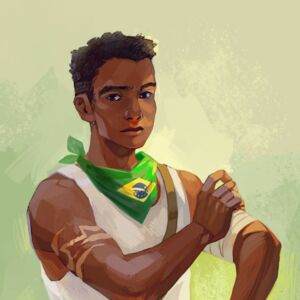 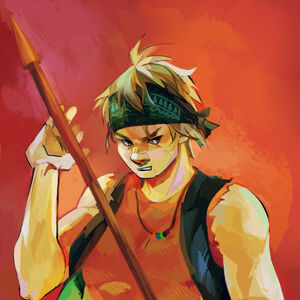 I write fanfiction, and the other day I realized, if the PJO and HoO books weren't for kids, Percy Jackson would be seriously mentally unstable. So I created this concept where there's some rouge demigod on the loose, son of a Maniae, spirit of madness and insanity. Percy meets the demigod on a mission to bring him to Camp Half-Blood, while already pushing the boundries of his sanity, weighed down by his guilt, and is pushed over the edge, driven insane.

The demigod (Aiden) has the ability to bring one's worst nightmares to life with nothing more than a glance, and that alone, as simple as it may seem, may just be the downfall of Percy Jackson.

His friends have to cope as a single half blood brings them down, burning their home, killing their friends, and twisting reality before their eyes.

Thalia's on her death bed, Jason is imobiled by a recent car crash, Nico is diagnosed with cancer that's proving fatal, and Calyspo is missing after their late high school was burned down. That only begins to brush the beginning of what they're up against.

The story shifts perspectives, letting you see exactly how the trauma would hit all these demigods after they went through what they did, from a slightly more mature perspective.

Sometime in the near future, the story, The Demons Of Posidon may appear on Wattpad, and I'd like to get a general feel for how it would be percived on here. I've posted a teaser from vaugly the first half of the book, if anyone's interested, I'd appreciate thoughts! 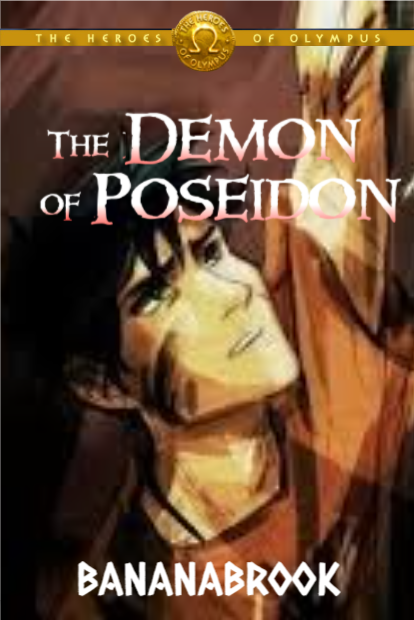 Just a quick post about some things I think are overrated

Yeah, they are the main ship, but not the only ship. Also, I think it's cliché, because Percy is the hero who can do everything and Annabeth is the smart girl who doesn't need anyone and knows him since they were children. She hated him, he hated her, they fell in love and ended up together.

Uhm ok I had a "Solangelo phase" and I thought they were the best ship ever, but now I realized it has no story and (especially in ToN) is mostly fanservice. We know a lot about Nico because we have seen him grow but almost nothing about Will. They could have been a wonderful ship if Rick wrote more about them (and he might will, I hope so because Nico deserves it) and we didn't ruin it because c'mon guys, half of the fandom is like "EHEHE WILL AND NICO DISAPPEARED FOR A WHILE MLMLML WHAT ARE THEY DOING". Prove me wrong.

Nico is a good character I think, he has awesome powers and he developed and changed in the books because of the growing up and his story. He is a very sad character, probably with depression and ptsd, but in the fandom he is the super-cute rainbow who spends the day with Will or saying "Solace, I'm not cute/I'm the darkness" or stuffs like that. Please, he has traumas, can we please not forget them?

Leo is like a second Nico, I think. They have depression but Nico runs away from problems and Leo hides them with smiles and jokes. Leo is a complex character but the fandom just sees him as the funny guy with no problems in his life. Oh, and he absolutely can't stay with Calypso because a lot of fans don't like her or Caleo. I personally think they are such a cute couple but hey, I respect your opinions if you explain me why do you think so.

I think I'll do a second part, tell me what you think in the comments. I just wanted to tell you I don't want to insult or offend everyone, I'd just like to know why do you believe some things I don't understand.

Also Levesque, is it le-vesk?

Also Persephone, is it purse-a-phone?

How about Solace, is it soul-less or sol-ace?

I have probably been pronouncing things wrong since i started reading PJO...

Here is the Heroes of Olympus elimination!

Did you know that Trials of Apollo is owned by Disney making it in the Disney Hyperion? Nico is a son of a god/Emporer of the Underworld making him a prince. He is also gay for Will. Guys, we have a gay Disney prince!!! 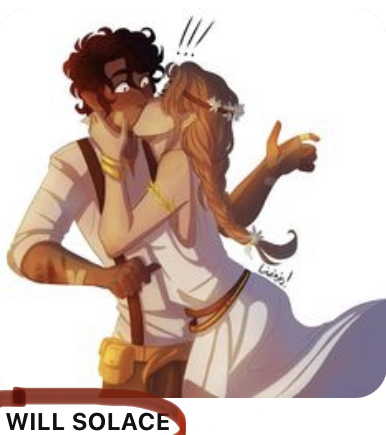 Yep that’s our boy, will solace.

Also is this gonna get locked for being a “meme” cuz I don’t think it would be considered one? I just saw this and was like “heh”. 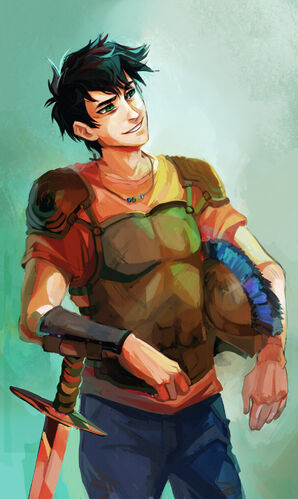 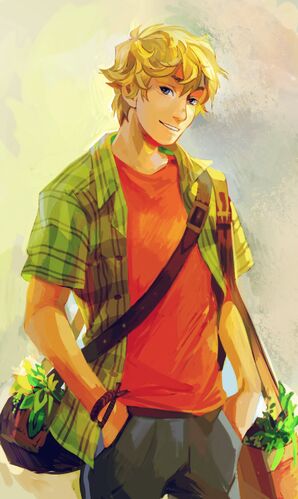 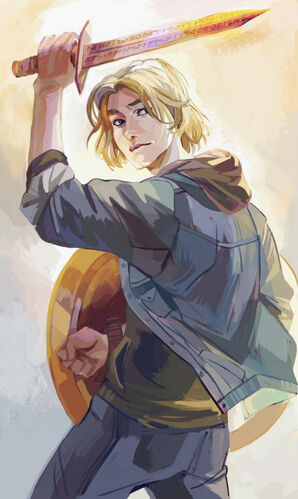 I mean even their personalities...

I am not wrong 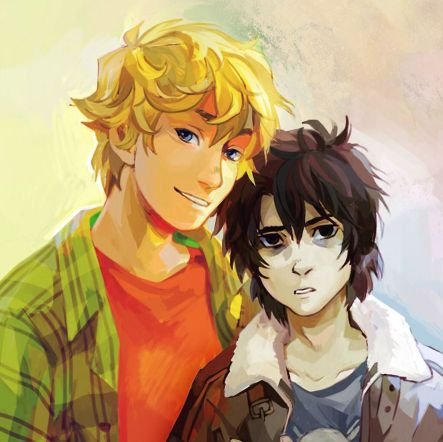 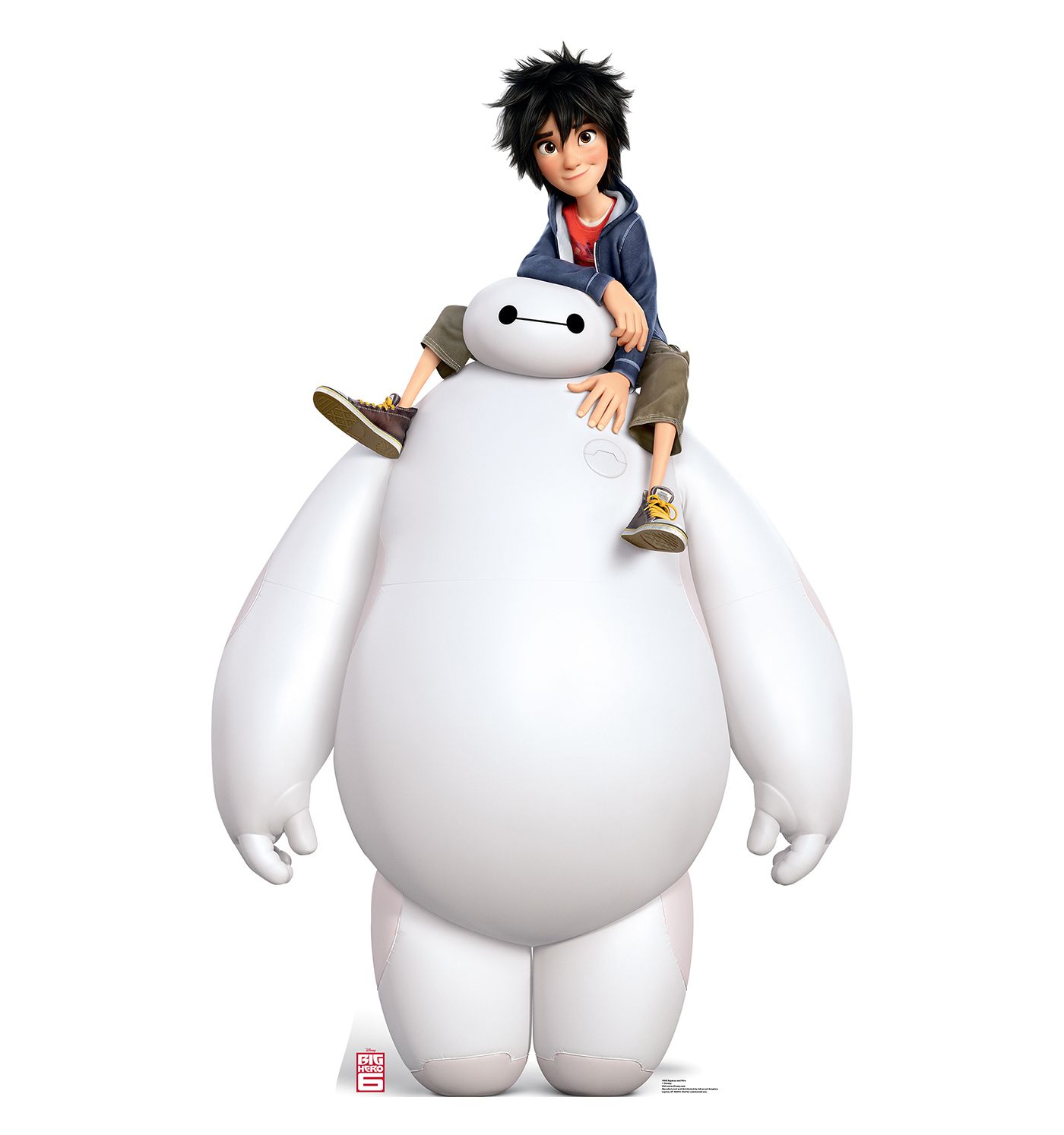 Ok, so the Solangelo ship is will x Nico. But they’re both boys, and usually it’s boy x girl so...?

I did part one a while back and thought I would finally do a part 2.So in this series I take some characters and I put them through my interpretation of how they would do stuff. So today we will be using the following characters

Folks beware you might get emotional reading this because I sure got emotional making it. Onto the reading part crying thingy. (Don't have a name for it)

Mr.D-Laughs in your face because he will never have to experience it

Nico Di Angelo-"You not dead yet, stay alive stay strong," 2 minutes later mutters a curse under his breath about himself Bianca and hades

Sally Jackson-Crying and comforting you at the same time

Thalia-Many gasps and sobs. Probably gives you to Artemis to see if she can heal you

Coach Hedge-"CUPCAKE NO! Who did this to you was it Midas a minotaur? You gotta tell me so I can kill it"

Hazel Levesque-"I hope you get a second chance too. Use it wisely"

Jason-Shocked(get it) "No one saw this coming. you...How did..." then hugs you

Wow, that was sad!

Put your favorite in the comments 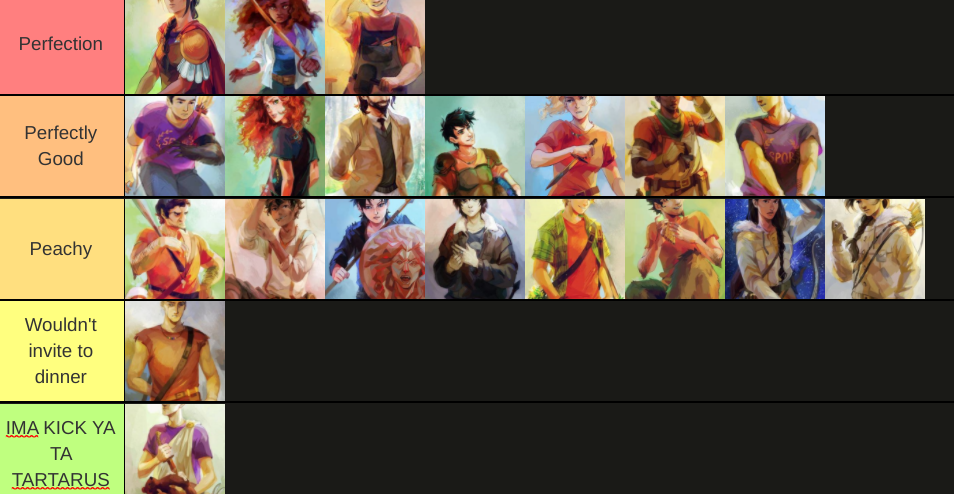 Hey everyone, I just got a notification that Will and Nico's pages were edited to say that they're not dating anymore and I'm just wondering if anyone else has seen this or, if it's accurate, where the source material is from? Because Rick hasn't released any new stories since that short holiday one he wrote for a magazine and put on his website, and as far as I know this information is not true.

Mine was The Throne of Fire.

Hey y'all I decided to post my opinions on everything (not literally) about Riordanverse! I'm just not doing Piper because there is already an official post about her! Anyways, first one is Calypso! Check for that soon!!

Yours in demigodishness and all that,