Sooooo, I can't wait till my cousin comes over, so I did this on my mum. Keep in mind, she has a sound knowledge of Percy Jackson by listening to my endless convos about it. Her answers:

Piper: Aphrodite (*She's very pretty, and you said that Aphrodite is the goddess of love...?)

Hazel: Thalia (*I think that this is the famous Thalia Grace you were talking 'bout!*)

Thalia: Thalia (*Oh, so this is Thalia)

Aphrodite: Athena (*She looks like a goddess*. After hearing the answer. *OH, so SHE'S Aphrodite, I imagined her being prettier*).

Percy: Jason (*Did I say that already?*)

Lester/Apollo: Apollo (*You showed me that picture already*)

Jason is definitely not my favourite character in the Riodarnverse, and I never really paid much attention to him. However, as I was rereading HoO and ToA, I realised that really does not deserve the bad rep that he gets.

I mean think about it, his life is incredibly tragic.

His own mother got rid of him in order to cease a goddess's anger, and he lost contact with the one person who loved him (his sister) just when he was a lil' child.

Then, he survives training from a wolf goddess and then goes to a camp for more training. He never gets visits from his parents, and he has no real friendship or care whatsoever (except from maybe Reyna). Then suddenly, he gets his memory removed in order to contribute to Hera/Juno's plan.

Finally, at Camp Half-Blood, he finds joy and friendship and he meets his sister. Finally life is looking up for him. Sure, he doesn't have the spunk, or sassiness that makes Percy so likable or the sense of humour that gives Leo his ginormous fan base, but I think that he really doesn't deserve his rep as boring and lacking depth from this fandom and heck - even his friends. He has a lot of depth. The reason he follows rules is because of his abandonment issues.

He is also an incredibly good person. Most people who grow up without care, are not good people (I think). This is very impressive to me.

Remember, after Jason promised to build a shrine to Kim and to the other minor goddesses and gods, he actually keeps that promise, remembers it, and works to fulfill it, unlike a certain other demigod I could mention.

Then, he sacrifices his life for a former god, friend, and a girl he barely even knows. Throughout his short life, he never discriminated, hated, or was unkind. He played by the rules, but was never a goody - two - shoes.

So, concluding I don't think he deserves the hate that he gets. He's actually a very good character (imo) with a lot of depth.

(Note: I know my thoughts are all over the place soooo, sorry 'bout that. I wanted to make this more poignant, but I just don't have the writing skill :((( )

Do tell me what you think :) 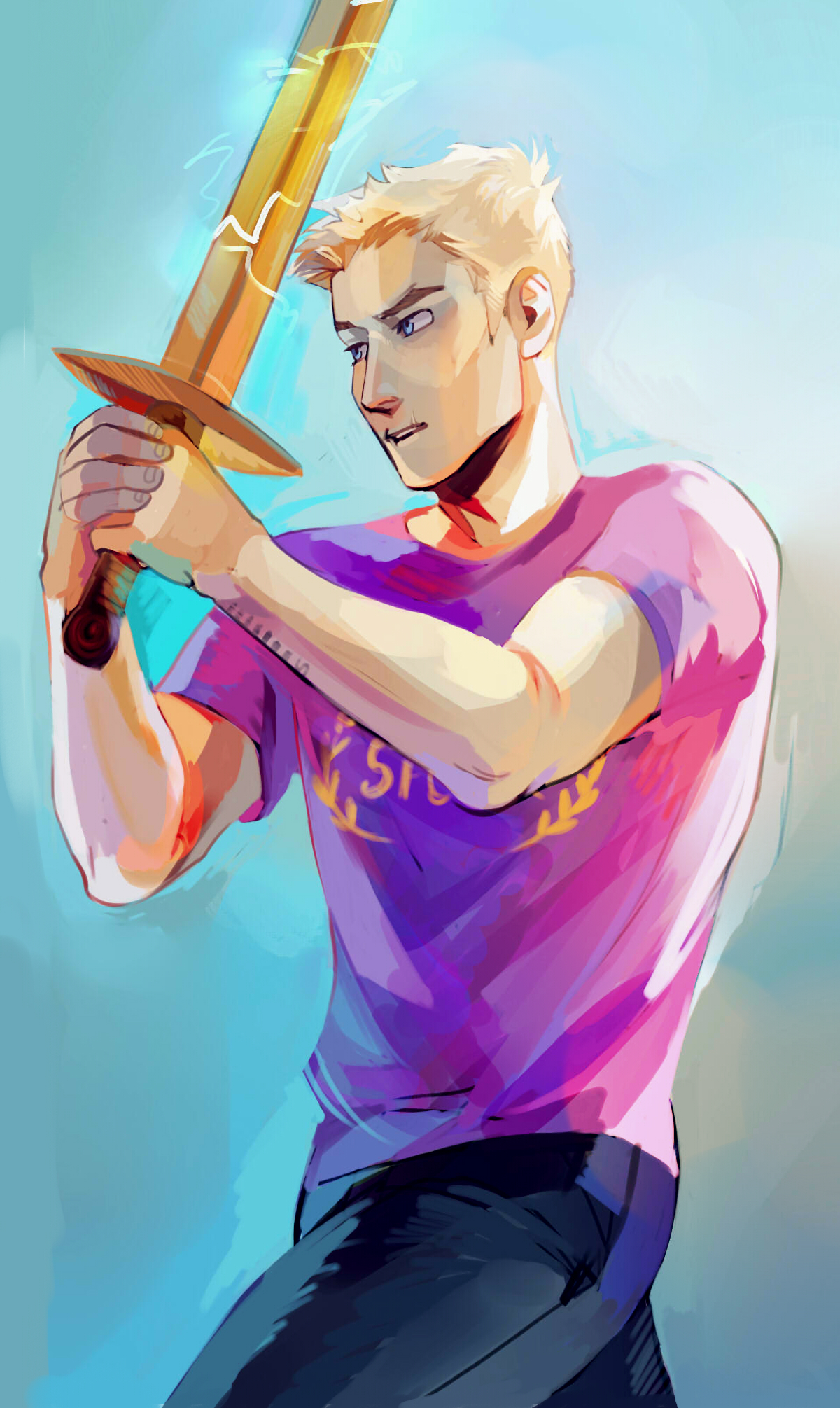 (edited by QueenSenaraGranger)
Jason Grace
A reply to That Demigod, Annabeth
1

Omgs, I'm currently rereading ToA and I was in the part we he says that his b'day is on the 8th! What a HUUUUUGE coincidence.

Apollo is absolutely hilarious and my favourite god (not goddess).

A reply to Leo Valdez's Girlfriend
0

Aww she sounds so cute! The lookie pookie thing made me lol. I'm gonna try this on my cousin.

A reply to That Demigod, Annabeth
0

Pretty much what Ka77tr1 said

A reply to That Demigod, Annabeth
0

Oooh, this is kinda hard :/ I'd like advice from all of the seven, because I think that they each have their unique ideas and thoughts.

Many blondes are oppressed in real life. They are (wrongly) sterotyped as ditzy because of their hair colour.

It's a country near India. I was just wondering cause OP's name seems Sri Lankan :D

Personally, I think he'll be a good life guard (although an author is a pretty cool option that I hadn't thought about). Percy's is pretty good with the sea, friendly, and has a bit of a hero complex. Btw, are you Sri Lankan?

Lol its ok. It's just that I'm nowhere near as pretty as she was described.

Also my hair is usually pinned away with a few bobby pins and worn down, or put into a low/high ponytail. I usually wear modest shirts, jeans, boots or flats, and a watch in neutral colours with no accesories (except tiny butterfly earrings) or makeup

I'm going to try this again.

-Celebrity lookalike: A cross between Kristen Stewart and Deepika Padukone

I know that this is a mess, but please do try!

Don't be rude. They have obviously put in some effort to write this.

My aunt's name is Samirah, and I agree it's a beautiful name! The books have such great names :D

Thank you so much for replying. Aren't names great?