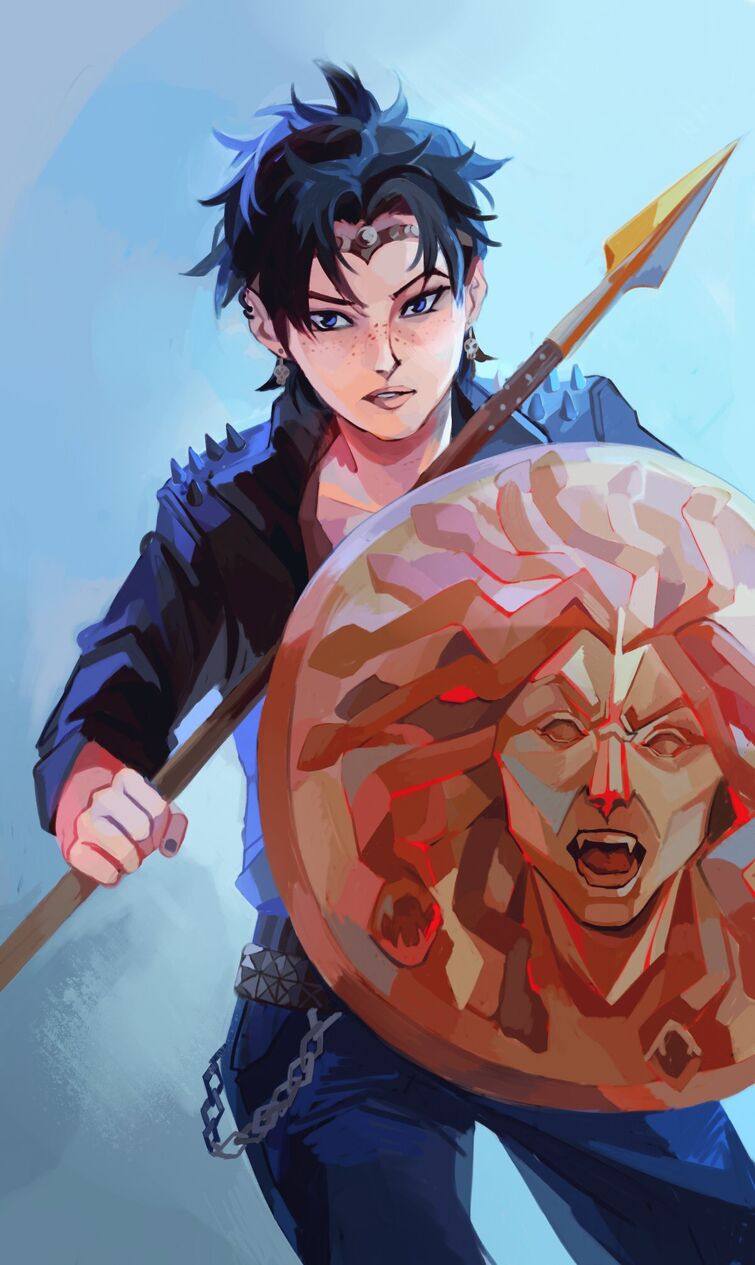 Thalia is one of my favourite characters in the whole of the Camp Half-Blood chronicles because she's just so well written. I love her personality and her dynamic with the other characters - especially with Percy and Annabeth (they made such a good team in the Titan's Curse). However, I do feel like she deserves more within the actual story.

Thalia was such an integral part of the story in The Titan's Curse, and I was really liking the direction that I thought Uncle Rick was taking with her character. So, I was honestly kind of disappointed when she joined the Hunters of Artemis. It just made her sort of fade into a background character. As a result of the Hunt, she wasn't really a big part of the story in ToA or HoA which made me kind of sad, because she is so interesting to read about and I felt that she had such potential for more growth as a character. For example, I wish that we could have watched her relationships with Percy and Annabeth evolve and how she would create new relationships with the other members of the seven. Imagine how cool it would've been if we got more scenes of her friendship with Reyna?

Also, I honestly just feel really sorry for her. I mean imagine being raised by negligent parents, losing your mother to drunk driving, losing your brother, turning into a tree, getting your brother back, and then losing him again. I also believe that closing off Thalia's character arc with her joining the Hunt wasn't the best idea ever.

Reyna's happy ending was joining the HoA, but Thalia's wasn't. I felt like Thalia joined the hunt just so that Percy would be the demigod in the prophecy - she didn't do it for herself. Reyna, on the other hand, did.

Every other character got their happy ending in the Tower of Nero, and I feel that Thalia deserves hers.

What do you think? Do let me know!

*Sorry in advance for any typos or grammar errors :)

Thalia Grace
A reply to Jaaon
0

(edited by ThatWittyUsername)
A reply to Matthew Malfoy
0

I can see where you're coming from. However, I actually adore Meg! In my opinion, I think that she actually has quite a strong character. As pps have mentioned, she has withstood a lot of trauma. I mean, imagine being manipulated by your own father figure.

I also love her relationship with Lester because it’s unlike anything I’ve ever read. They're like brother and sister – it’s so sweet :)

The Queen has my vote

I loved the siren scene in the SoM. It totally changed the way I view Annabeth