1 - At school, we have this day we’re we have to dress up as a character from a book. I’m going as Kayla and my mum’s making a CHB shirt for that. I also get to bring a bow and fake knife to school. (My friend’s going as Robin from Stranger Things cause apparently there’s a book-). But yeah. I get to go as Kayla!

🧁 Hello, fellow cupcakes! What do you think about the ship “Tratie”? As far as I know, I think it’s one of the biggest non-canon ships. I love reading fanfic about Tratie because I’m personally a GUSHER of the enemies to lovers trope. But I do know that Katie can’t stand Travis and goes as far as suspecting him as Luke’s spy! It probably wouldn’t work, but I still enjoy reading it! 😭😭 I personally love Tratie! Now, I’m curious to know what you guys think about it though! Here’s a tweet that Uncle Rick did btw!🧁

Now that Walker has officially been cast as Percy, I want somebody—ANYBODY—to give me the differences between Will and Percy that makes Percy NOT NICO'S TYPE, and why Walker shouldn't double-role as Will Solace if we get to The Last Olympian.

It just annoys me that it says that 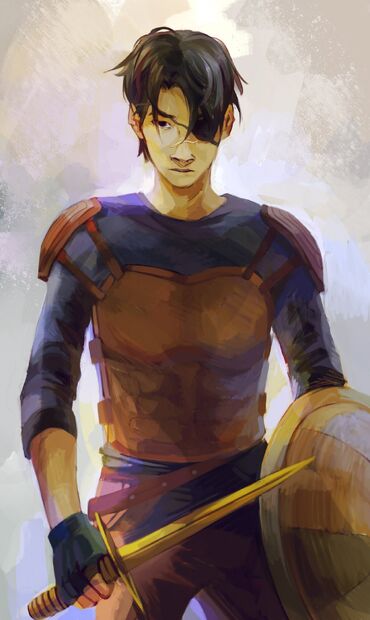 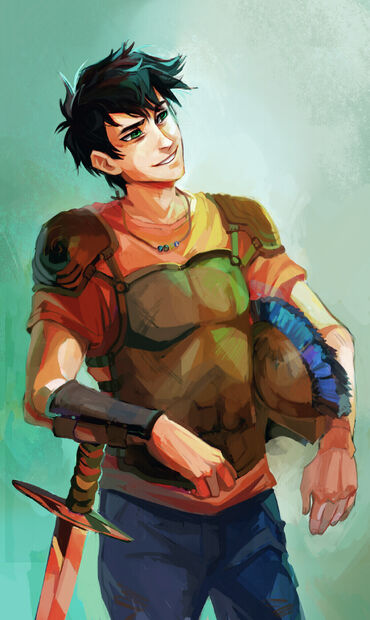 🧁Hello fellow cupcakes! Luke Castellan is arguably the main antagonist in the Percy Jackson and the Olympians series. However, many fans love Luke for sacrificing himself at the end of Last Olympian. In my opinion, I feel that Luke is a unforgivable demigod that doesn’t deserve to go to Elysium. Here are my reasons! 🧁

Hmm… Maybe I should trust someone who killed many people and then beg for forgiveness.. Seems very trustable. SIKE! NEVER. (I feel like a 2016 kid who says sike after every sentence.🥲)

2. He purposely let Kronos rise to kill my fellow children in Camp Half Blood!

How dare Luke? My beautiful children deserve to have a life, unlike you filthy m*dblood! (Sorry for cussing. Wait, this isn’t the Harry Potter fandom.. 😭)

3. Luke told Annabeth how he felt about her right before he was about to die and knowing that Annabeth clearly fell for Percy!

How dare Luke try to break up THE Percabeth?! You should be ashamed of yourself, Luke! We, Percabeth shippers, will never forgive you for making Annabeth feel bad! >:(

Luke has some fans due to his “noble” sacrifice in the Last Olympian. I feel bad for the others who fought and died, trying to kill Luke and failed. Rest in peace, Michael Yew and Castor.

Different people handle rejection in different ways. But during the Last Olympian, Luke was 22! He was an adult, and he should have handled rejection in a much more mature way.

Look, cupcakes. Though Luke screwed up (BIG TIME), neither does Luke deserve Elysium nor Tartarus. Luke deserves the Field of Asphodel! What do you think about Luke? Let me know in the comments!See you later, cupcakes!

Hello. I am just going to jump into my question- why do the heroes in the series not wear armour while going on quests? They have swords, daggers, etc, but why no armour? When fighting with a sword, it’s not nearly as easy as fighting with armour. With armour, a person doesn’t need to worry as much about defence and can rush into a close range more easily. If they have protection on their arms and hands, they don’t need to be wary with their sword, as their entire arm isn’t exposed to being cut whenever they strike. Armour would guard the demigods and others against monster attacks as well. So why do they not have some form of protection when they go questing? I get that they’re teenagers, but seriously. They wear armour in Capture the Flag, but not an actual mission? Also, I recall Lester saying that Reyna going out in full armour might attract some strange looks, but are the concerns of some mortals worth more than a demigod’s life and safety? Even if armour is not something that’s possible for the heroes, could they at least not where some sort of enchanted clothing, like the Praetor’s cloaks? And I feel like celestial bronze and imperial gold filaments could be used to make armoured clothing. Though that may be a far-fetched idea. But even something like chain mail made out of supernatural weapons would be a lot better than normal camp clothing.

So, why do the heroes not wear armour and walk into danger wearing normal modern clothing? I’ve never been able to think of an answer, and I don’t recall anything in the books that answer this (if there is, then I apologize). Also, I’m looking for an in-universe answer, not that “Rick wanted to keep things more modern.” Thanks.

Today, I have focused on the background music instead of the specific lyrics for the Apollo cabin!

I have chosen Bohemian Rhapsody by Queen, because of the music. You should probably listen to it, because this is going to be all over the place.

First: The piano. A beautiful, consistent line. Then there’s the guitar, which is worthy of head banging many times, and has riffs that actually sound like a human voice in places(most notably when the guy singing says “for MEEEEEEE” for the third time in a row, which I have sung multiple times). The vocals are also incredible.

It’s a song about staying up all night, and we all know that the Hypnos kids love doing that. *wink wink*

Today we have- Hades cabin!

They’re In The Ghetto by Elvis Presley. If you want to listen to it, go ahead. I’m not going put the lyrics here because I don’t want to cry for this fun thing, but it’s about poverty and death and anger and it’s super meaningful. I really think it fits.

This was a random thought that came to me but her reincarnation was close-ish to when Estelle was born right. Then Percy would continue his promise to keep her safe because she is his little sister. She can also see through the mist which is rare and could have happened because she is a reincarnated demi-god or you know Sally Jackson (who can see through the mist) is her mother and it is genetic. This is just a random thought though.