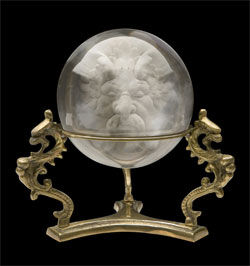 Divination, also known as Clairvoyance, is a form of magic used to see bits of the future. It is said to be incredibly rare with Ruby Kane being the first person to posses this power in centuries. The ability passed on with her death, as evident when Ruby could use the power even as a ghost. However, according to Iskandar, its extremely tricky and not perfect.

Ruby Kane could use this type of magic. It's possible Jaz also possesses it, though this is unconfirmed, as she was aware that Sadie would need a special healing statue of Carter in the future and that she wouldn't be there to help at the time.