In Egyptian mythology, as seen in The Kane Chronicles, divine words is another term for Egyptian Magic commands. These are also called hieroglyphic spells or Words of Power. They are called 'divine' because they enable the magicians using the commands to wield godly strength and powers. Magicians speak them to create or tweak reality. To use them, no papyrus or other equipment, such as amulets, potions, shabti and statues are needed.

To become a Chief Lector, a magician needs to be able to speak a good number of Divine Words. Former Chief Lectors, Iskandar, and Desjardins were strong enough to summon a cloud of hieroglyphs around them. Current Chief Lector Amos Kane can also do this, albeit only when he becomes very angry or emotional.

Words of power can also be used to use the Path of the Gods. For example, Carter Kane can use the Divine Word khe-fa to summon the Fist of Horus.

Sadie Kane, with the power of Isis, can speak almost every Divine Word in the world. Carter, Sadie's elder brother, though not as proficient at this type of magic, has been shown to be able to speak fourteen Divine Words over the progression of the series. Due to being the former host of Horus, Carter is able to effortlessly summon the Eye of Horus symbol. 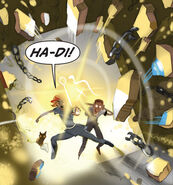 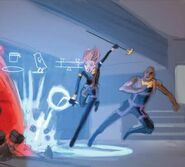 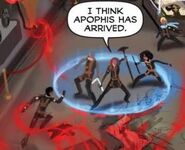 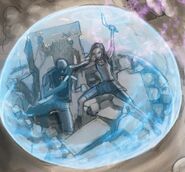 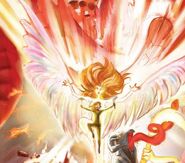