This article is about the book series, Percy Jackson and the Olympians. You may be looking for the character, video game, the film adaptation, or the film soundtrack.

Percy Jackson and the Olympians is the second series written by Rick Riordan, (the first being his Tres Navarres series for adult readers) and the predecessor of The Heroes of Olympus series. The series focuses on Greek mythology in the modern day.

Every book follows Percy Jackson's adventures from his point of view. Each book is based on a combination of different Greek heroes' adventures set in the modern day United States of America.

The series follows the completion of the first Great Prophecy. The second Great Prophecy, later called the Prophecy of Seven is revealed in The Last Olympian. The Heroes of Olympus is the sequel series.

A half-blood of the eldest gods

Shall reach sixteen against all odds

And see the world in endless sleep

A single choice shall end his days

Olympus to preserve or raze

This prophecy unravels throughout the series: 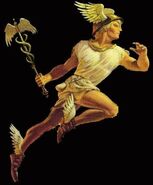 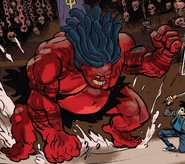 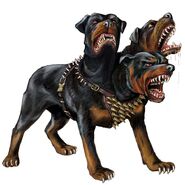 Smelly Gabe
Add a photo to this gallery

The Percy Jackson and the Olympians series is also available in unabridged audiobook form, read by Jesse Bernstein. 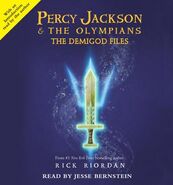 Retrieved from "https://riordan.fandom.com/wiki/Percy_Jackson_and_the_Olympians?oldid=581747"
Community content is available under CC-BY-SA unless otherwise noted.