This article is about the graphic novel. For other uses, see The Throne of Fire (disambiguation).

The Throne of Fire is a graphic novel adaptation based on the book of the same name. It is the second installment in The Kane Chronicles graphic novel series, it was released on October 6, 2015. [1]

In this exciting second installment of the three-book series, Carter and Sadie, offspring of the brilliant Egyptologist Dr. Julius Kane, embark on a worldwide search for the Book of Ra, but the House of Life and the gods of chaos are determined to stop them. 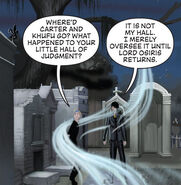 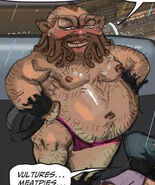 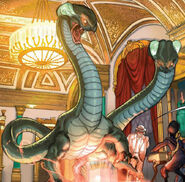 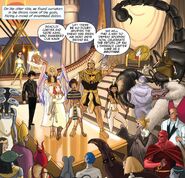 Guest room
Add a photo to this gallery

Retrieved from "https://riordan.fandom.com/wiki/The_Throne_of_Fire_(graphic_novel)?oldid=535360"
Community content is available under CC-BY-SA unless otherwise noted.