Start a Wiki
This blog contains SPOILERS. READ AT YOUR OWN RISK.
This blog will be updated with new information as it comes in.

UPDATE: You can read SIX chapters of the new book HERE. We have the chapters uploaded online for all users on our tumblr.

Update: Rick Riordan has done an interview about the new series with new info!

Update: The Book is trilogy for those that didn't pay attention.

Update: Tour Dates are here. Will update as they are sold out.

Update: Rick did a Goodreads Q&A where he answered some questions about the series. You can read that here.

ONE. Magnus Chase has always been a troubled kid. Since his mother's mysterious death, he's lived alone on the streets of Boston, surviving by his wits, keeping one step ahead of the police and the truant officers. One day, he's tracked down by an uncle he's never met - a man his mother claimed was dangerous. His uncle tells him an impossible secret: Magnus is the son of a Norse god. The Viking myths are true. The gods of Asgard are preparing for war. Trolls, giants and worse monsters are stirring for doomsday. To prevent Ragnarok, Magnus must search the Nine Worlds for a weapon that has been lost for thousands of years. When an attack by fire giants forces him to choose between his own safety and the lives of hundreds of innocents, Magnus makes a fatal decision. Sometimes, the only way to start a new life is to die...

TWO. Magnus Chase has always been a loner, a troubled kid. Since the death of his mother, he’s lived on the streets of Boston, watching out for himself and surviving by his wits. One day, he’s tracked down by an uncle he barely knows, who tells him an impossible secret: Magnus’ father was a Norse god. After centuries apart, the Nine Worlds of Viking myth are growing closer together. The Lords of Asgard stir. Forces of evil muster for Ragnarok, and Magnus may be the only person who can prevent doomsday: by finding a weapon that has been lost since the dawn of time. Before Magnus can even process this information, a fiery attack forces him to make a fatal choice.

Loki
Add a photo to this gallery

Vocabulary RR wants you to know. 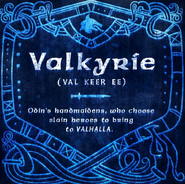 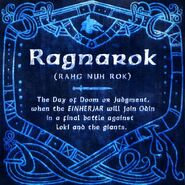 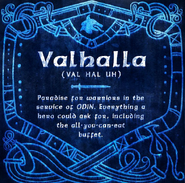 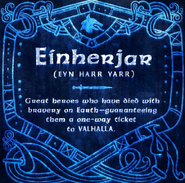 When you buy the books at these sellers you should get these with it. I think this only applies to the US or North America.

Walmart - Door hanger
Add a photo to this gallery
Retrieved from "https://riordan.fandom.com/wiki/User_blog:SayuriDarling/The_Sword_of_Summer_Official_Discussion?oldid=443008"
Community content is available under CC-BY-SA unless otherwise noted.