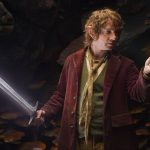 Since we're talking about edits, I hold teh record on this wiki, over 200 on pages and over 250 including talk pages. I also have over 400 in a weekendPerseusJackson-Jordan Terraemotus Tempestas 19:56, September 16, 2011 (UTC)

Hello person, we are currently trying to decide on improving that background of this site. We have a few ideas, but we would like hear what you have to say. Please go to this blog and tell us your ideas. Darkcloud1111~Fastest Hero Alive 23:10, October 8, 2011 (UTC)

Hi, your blog is being deleted because it was not approved. Please come here next time and read the rules before giving a brief explanation of your blog. http://camphalfblood.wikia.com/wiki/Camp_Half-Blood_Wiki:Blog_Request Lasciate ogni speranza,voi ch'entrate 15:44, June 6, 2012 (UTC)

Please get your blogs approved here before posting them, thanks.  Hyperborean  Talk  Contribs  Editcount  Blog  Sandbox  15:49,6/6/2012

Hello, I saw your comment on SayuriDarling's blog about the crazy idea. You also saw how TheGhostMan called the idea crazy, and idiotic, as well as him calling your behavior "sociopathic" and Jack Firesword calling you an idiot. Well, I am sorry for both their behavior, and they are both marked with a warning for bullying, and if they insult you or any user one more time, tell me, or any other administrator and I will block them for a day. Thank you.    DJ Malik      Swag Mastah from Doncastah!    18:08,7/14/2012

Hey there, Frodo. I think you're going on a bit of a picture overdose and suggest you stop adding pictures. Thanks.  ♫  Hermione Chase  ♫  >

While you are allowed to add images to pages, please make sure you aren't putting them in the middle of paragraphs, or even worse, sentences. Darkcloud1111~Fastest Hero Alive 02:54, August 3, 2012 (UTC)

Like in this edit, you placed the image right in between the words "possibly demigods." This isn't the first time I've had to fix one of the pictures you added, but I don't feel like looking through you edits to find another example. Just be more careful is all. Darkcloud1111~Fastest Hero Alive 03:04, August 3, 2012 (UTC)

Just to let you know, I nominated you here. If you're not okay with the nomination feel free to remove it from there.  Hyperborean  Talk  Contribs  Editcount  Blog  Sandbox  12:00,9/8/2012

Yeah, u kep your talk page either well organized or less crowded. Good thing. U said u were working on a fanfiction story and would incorporate some ideas. Just wondering, I don't know how to do the whole Percy Jackson fanfic yet so, could u try and see if u can add a mobile camp (try a plane, train, or submarine) I pesented the idea and there wasn't any flaws so it is all yours to make a third camp. Yeah, used your blog. It should help u with ideas. (GreekRoman (talk • contribs) 20:35, September 8, 2012 (UTC)) GreekRoman

I took the liberty of adding a poll to your blog. I tried to add it in the comments but it seems as though they don't work when put there. I hope you don't mind.  Hyperborean  Talk  Contribs  Editcount  Blog  Sandbox  18:46,9/26/2012

You have been chosen as the Featured Wikian for October 2012!


You can also nominate your favorite wikians to be featured here!

Hi Frodo!! Neat user profile, you seem like a cool guy, for being voted as featured wikian XD

anyway, just stopped by, wanted to be friends bye!

Hey fro I thought you might want to take a look at this. This link is a link to someone recording rick reading a never before released section of an unpublished first person Percy Jackson story http://www.youtube.com/watch?v=VlfdhfjtxgE&feature=autoplay&list=ULYqPPE1P4tVM&playnext=3 you are welcome :) SoN ~ My Swag is better than yours 06:43, November 10, 2012 (UTC)

Hey Frodo I just wanted to say Thanks for voting for me for featured wikian of December :) Thanks SoN ~ My Swag is better than yours 23:25, December 2, 2012 (UTC)

Just wanted to make sure you were going to still write the ending to this today--- http://lotrfanon.wikia.com/wiki/The_Collaborative_Writing_Project:_An_Awesome_Adventure; please let me know as soon as you do so we can close it out afterwards!

Why did you reverse this edit?

Thanks for the explanation. I thought that him being the Son of Hades was mentioned in the first book? Jackoshannon345 (talk • contribs) 12:04, January 6, 2013 (UTC)

Hey. Voting is closed, and although nothing is official yet, it looks like you will be our newest admin. If that becomes truth, then I would like to be the first unofficially congratulate you! :) You deserve it. --Vgfsirius (talk • contribs) 00:58, January 12, 2013 (UTC)

YOU'RE AN ADMIN yay

-with love the admin team woo

Congrats Frodo bro you deserve the Admin position more than anyone including myself :). Kid Neptune ~~ Got My lil Pikachu here 03:02, January 14, 2013 (UTC)

Hi, im Ezequiel n ive read all the Percy jackson, Heroes of Olympus n Kane Chronicle books that have been released, seeing that u are the administrator n a big Percy jackson fan i have a question that i would like to know the answer to. In The Lost Hero it takes place in December n Annabeth tells Piper that Percy has been missing for 3 days, but in The son of neptune, the book says that Percy went missing in October. Also in The lost Hero, Piper, Leo n Jason arrive at Camp Half-Blood in December but in the Demigod Diaries, in the short story  narrated by Leo, the story says that it takes place in Xmas eve n Leo says that Piper, Leo n him arrived in October n that they have 2 months at camp? DO u know the reason for this cauz it has me confused n it confuses the timeline of the book?Freeballer34 (talk • contribs) 00:25, January 23, 2013 (UTC)

Dude I should totally be in charge of choosing rollback I've done a good job nominating the best choices lol. Kid Neptune ~~ Got My lil Pikachu here 03:44, January 25, 2013 (UTC)

Hey, just wanted to let all the admins (the other 6 will get this message) know that my request for the takedown of http://pjkcuniverse.wikia.com/wiki/Percy_Jackson_%26_The_Kane_Chronicles_Wiki was sucessful. I also got Wikia to redirect the address to our wiki (yay!), so if you click it (do it), it will come back to us. I attached a final death shot to the redirect page so that all who don't remember when we got into a fight with that wiki can see what it looked like. Basically, they were copying and pasting all of our articles, and got to almost 300 before we got them to stop. --Vgfsirius (talk • contribs) 01:58, January 26, 2013 (UTC)

It said you moved things about in the preview. SayuriDarling ~ And she tried to survive living her life on her own. 00:25, February 3, 2013 (UTC)

You're the winner of The Siriusly Random Message of the Day/Week!

Around 6 am this morning, I went downstairs. I opened the door of the fridge, and took out some medium Pace salsa. In additon, I also grabbed some deli sliced honey ham. While this was happening, I heated a flour tortilla on top of a toaster. I then sprinkled leature on it, slapped a couple pieces of ham on it, and drizzled some salsa on it. I then went back upstairs and ate it while watching the 5th season of Burn Notice. --Vgfsirius (talk • contribs) 12:39, February 4, 2013 (UTC)

When is the sea of monsters movie coming out?

Yeah I agree they are very similar, which is why I was slightly confused when barely anyone liked HP. Albus Chase ~Son Of Wisdom 07:48, March 7, 2013 (UTC)

Hermione and I were thinking about introducing a reporting center. It would basically centralize all reports and discussion for the user and admins to use. Users could report violations, vandals, etc. for administrators to view and handle, and while we do not receive much vandalism and we are pretty on top of any violations, it would also serve as an area for discussion. Blogs are often used for conversation via the series and forums do not get much attention. With the existence of a reporting center, topics can be brought up with the audience of the entire wiki to discuss the changes rather than going through the trouble of going from talk page to talk page or trying to get all admins on the chat at once. Regards, (Talk Here) HC (Stalk Here) & Atelda 18:22, March 31, 2013 (UTC)

Hi Frodo. This user has made a blog. This is the second time they have made a blog without requesting it, and I have warned them both times. Albus Chase ~Son Of Wisdom 14:59, April 5, 2013 (UTC)

Normally it does include your signature if you paste the entire template coding onto the page, which kind of defeats the purpose of having a template. So on the warning templates, I inserted a parameter which is why you need to add the |~~~~}} in the {{Warning|~~~~}} so it does add your signature in a concise manner of coding. :) Atelda 15:48, May 4, 2013 (UTC)

What a coincidence, I am also back in town today. Went to a wedding, it was off the chain. Darkcloud1111

me and you are both lotr fans, so can you pleas put my page back up? everyone is waiting for a sneak peek.Lordoftherings5 (talk • contribs) 20:30, August 3, 2013 (UTC)lordoftherings5

wouldn't you rather be on the one wiki to rule them all site?

How do you creat polls?

You son of a jerk! Editing my edit....that took forever

So I'm thinking that 12pm EST would be best for the the three different time zones in America and then with the European time difference. Also, since I have a new idea so even coming for a brief moment to hear it would be good. If there are any conflicts, I'll just sit on chat earlier and later. SayuriDarling ~ “I felt that I breathed an atmosphere of sorrow.” 21:17, September 26, 2013 (UTC)

So Joeplay made us two versions of the background as I had requested. There is the blue one (which is up right now) and a Purple/Orange one. I figured we could talk about which one we want during the meeting. Both versions can be seen here. Darkcloud1111

Here you go; just click on the Read Sample option. It also has a complete list of the chapters. If it is accurate, Percy and Annabeth get about 18 and 20 chapters respectively, which is almost half the book (78 chapters total). Darkcloud1111

So Leda and I made a thing where we can basically have thoughts and ideas and feelings for things different ideas because all of us can never get together and we use this page so this will be the admins baby. Love it, cherish it, use it. SayuriDarling ~ “But a mermaid has no tears, and therefore she suffers so much more.” 01:52, October 22, 2013 (UTC)

Hey. I put the Admin Discussion Center under Community > Help so we can find it quickly and actually remember it exists. SayuriDarling ~ “But a mermaid has no tears, and therefore she suffers so much more.” 03:00, October 26, 2013 (UTC)

I see how you did that when messaging the new user back lol. You were all like "does that apply to you?" Your baiting him lmao. SoN - "Sometimes it's only madness that makes us what we are." 01:24, November 8, 2013 (UTC)

Frodo my friend..... HAPPY NEW YEARS! I'VE known you for a while and I've always been in awe of your extreme Hobbitness (Corny Pun). Get on Chat more, we never really get to chat. Btw stay being Frodo which is awesome! Nep Everything's impossible until somebody does it. 06:01, January 1, 2014 (UTC)

Good luck with school! Remember to visit us when you have free time :)! ✿Bella✿

Bye Frodo! It's sad to see that you're leaving and I hope one day you can come back! Good luck with school! All the best for the future! Albus Chase ~ Some people live more in twenty years than others do in eighty. 17:00, January 29, 2014 (UTC)

Retrieved from "https://riordan.fandom.com/wiki/User_talk:Frodo_the_9_fingered?oldid=382483"
Community content is available under CC-BY-SA unless otherwise noted.