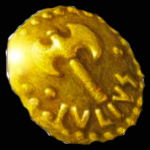 Feel Free to leave a message as long as it does not offend anyone (I will remove it) and there is NO SWEARING or cursing on my talk page.

Thanks to Fbdvk, who allowed me to use the background colors on this talk page

Imperial Gold  ~ Always forgive your enemies; nothing annoys them so much

Hey, Thesonofneptune101 asked me to help him it's something easy just get on this page and vote for him, I think it would be great if you could tell anyone. (you don't have to if you don't want to ,but I think e would appreciate it)GorgonsRock ;) (talk • contribs) 03:01, February 12, 2012 (UTC)

I was wondering, how do you get those lucky edits, I mean I know it's a randomized thing but do you have to stay all day or something like that? Because I bet those are not easy to get ;).

Hi, I was just wondering you have a word in ancient greek in your profile page and what I could made out of it was: Chrysos, is it like the hotel or like Dobromir Chrysos or like another website that I found? (If its like a private question there's no need for you to answer it as I said I was just wondering) :)GorgonsRock ;) (talk • contribs) 03:17, February 23, 2012 (UTC)

Oh, I meant the word that you have on your infobox, as your name:

How did you make the userboxes. Dancahill57

Uhm, you might want to take another look at the date when Ghost joined...talking about the year. Template:Signatures/Hyperborean 11:02, March 11, 2012 (UTC)

You can see the code for my signature here, just click the edit button like you would if you edited a page. The code is too long for the box in the Preferences so I had to make a template for it.  Hyperborean  Talk  —   09:11, April 7, 2012 (UTC)

All you have to do is create a blank page and name it "Template:Templatename" So if you wanted to create a template for your signature, you would create a page and name it something like Template:Sig/ImperialGold. After copy pasting your code on the page, you would go to your Preferences and in the signature box you would only need to type {{SUBST:Nosubst|Sig/ImperialGold}}  Hyperborean  Talk  —   09:20, April 7, 2012 (UTC)

There shouldn't be anymore messages showing up in colors now. As far as changing a font color, you edit in "Source" mode and type the following. <font size="a value" color="color name" face="font name">Text goes here</font> And remember to add a </font> tag at the end of the text you want colored, but only once.  Hyperborean  Talk  —   18:02, April 7, 2012 (UTC)

I understand that your trying to improve pages, but you're adding links to characters when there is a link for them in the previous sentence or in the same paragraph. Darkcloud1111~Fastest Hero Alive 00:20, April 8, 2012 (UTC)

Seriously, you are kind of just spamming links. I mean not every character needs a link to their page every time there name appears and the links you are making normally have another link to that page in the very same paragraph. Please read the "Spam Editing" section of the Vandalism Policy. Darkcloud1111~Fastest Hero Alive 00:39, April 8, 2012 (UTC)

Ok, lets say that The Mark of Athena started releasing information on characters. One character is named Nolan, so I would make a page named "Nolan" and add information. Now in order to get the badge, you could theoretically make 100 edits to that page in under an hour to get the badge. Darkcloud1111~Fastest Hero Alive 01:15, April 8, 2012 (UTC)

i am awesomer, since i am the goddess of awesomeness

Imperial, I look over your edits, and they are spam. Spam is just adding a link to something. And spam editing can get you blocked. Hermione Chase My Talk10,678 Edits My Blogs 00:44, April 10, 2012 (UTC)Hermione Chase

hi ,have you read my blog?

"I havent been on the wiki and not planning to do as much beacuse I was banned for some 'spat' between me and some of the admins. So, when you send me a message I won't reply as fast. Anyway good luck with your school!? :)"

OK, now THAT'S something I can believe, hahahahahahahahahahahahahaha. But I guess I really can't judge you, hahahaha, are back on yet? Things have changed a lot! I'M NUMBER 49!!, I better put in some work...are you still an admin? Because from what I've heard (And NO, I'm not nosy) one of them doesn't seem to like you very much....but again, I can't judge you, I think he thinks exactly the same way about me, I don't think he's really friendly anyways. Are you back on from that "spat" of yours? Because you've got to tell me how you do those things to your profile page...THEY'RE AWESOME!!! I envy you for that.(background, that border thingy, the red letters, etc...) Welll, I hope you answer soon (don't expect me to, LOL, just kidding, I'll try) New Zealand boy.

This is Mars Ulator you may not have really good memories attached with this name, so first thing I would like to do is apologise. Me behaviour in the past was inexcusable but please do forgive me. I know I acted like a total Donald Trump but then I was just a 12 year old brat who hardly knew the meaning of the words he uttered( infact whenever people used abbreviations I used to think they were abusing me ). I have a great deal of nostalgia associated with percy jackson and you guys so if you guys can just drop me message and tell me when you guys could possibly come online for a brief chat you will be doing me the biggest favour ever.

Retrieved from "https://riordan.fandom.com/wiki/User_talk:ImperialGold?oldid=468021"
Community content is available under CC-BY-SA unless otherwise noted.