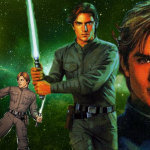 What's going on?
Hey! Are you feeling a bit overwhelmed with all the new changes going on here at the wiki? Well, here allow me to explain it step by step!

If you have any more questions, anything, just feel free to ask us!

Template:IRC Alright, it's about time, we try this again. Last time, we had some troubles. This time our community has grown and is still growing. So, it's time we coordinate.

On August 2nd from 1 PM (East Coast), we will be having an IRC Meeting. Here's a list of what we'll be going through:

As last time, the point of the entire thing, is for us all to get on IRC and chat over the wiki. Here are local times:

I hope everyone can make it! If something doesn't work out, please let me know, and I'll try to adjust things.

It is very important that everyone tries their best to show up! See you all there!

Hey Dude your not suppose to make categories without asking admins , I mean the categories you made aren't bad but you should always still ask. Thanks. SoN - Who the devil do you think you are? 17:23, October 27, 2013 (UTC)

Hey dude remember to mark your edits minor if they are like the one you did on the Silena Beauregard page. Thanks ! SoN - "Sometimes it's only madness that makes us what we are." 02:34, October 28, 2013 (UTC)

Retrieved from "https://riordan.fandom.com/wiki/User_talk:MBrody?oldid=390661"
Community content is available under CC-BY-SA unless otherwise noted.