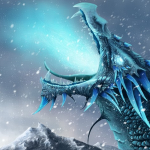 He can only die in the human world though and he lives in Valhalla. It's a complicated situation. As the series progresses with more information, we can open the discussion, but for now I would like to keep it as is. SayuriDarling | The time has come for giving up, I have lost. 06:20, December 31, 2015 (UTC)

Hi. Can you tell me where in the books it mentions the name Joseph Stalin and what page it says it's on?--Annabeth and Percy~The present is our future past, we've gotta make this moment last right now. 05:46, February 7, 2016 (UTC)

How is Bellona Jason's half-sister? Where does it say that she's a daughter of Jupiter?--Annabeth and Percy~The present is our future past, we've gotta make this moment last right now. 17:30, April 26, 2016 (UTC)

There has literally never been a time when OT stands for on topic it's always off topic. SayuriDarling | And she tried to survive living her life on her own. 22:18, April 26, 2016 (UTC)

Yo! Can you please check out my wiki, for one of my books which is written on the wiki, that would mean a lot. Click right here- vaurons.wikia.com to visit. Thanks! Commander Tool Belt (talk • contribs) 20:23, September 26, 2016 (UTC)

So the the premiere book of the 'Vaurons!' series has been advanced since you last stopped! Click here to continue reading Vaurons Book 1- The Coin of Life ! Commander Tool Belt (talk • contribs) 21:47, November 4, 2016 (UTC)

Can you please not create pages you're not going to bother adding any content too? It's just a waste of a page.--

Annabeth and Percy🎵They say you gotta take the good with the bad. I'll take it all as long as I have you.🎵

Hello! I want to tell you that if someone made a bad faith edit or an edit you don't like, then instead of editing the page they made the edit on and removing their edit, you can click on the history button which will give you the history of every edit ever made on the page. On the side of each edit, there is an undo button. Press the undo button on the bad faith edit and it should revert the edit. That is much more convenient. DinosaurHunter4577 (talk • contribs) 07:45, June 1, 2017 (UTC)

The reason I undid it was because I originally thought you were vandalizing it. You put BOO which meant I thought it was spamming when I realize it was an anagram for Blood of Olympus. I apologize as I didn't realize it sooner. Michael Morningstar (talk • contribs) 18:26, June 2, 2017 (UTC)

I would prefer if you used your bot account next time instead of this account that way it doesn't clutter R:C and WA. There's a difference between less than 5 edits using the bot on this account and using 30+ edits on this account using the bot. SayuriDarling | "You are not weak just because your heart feels so heavy." 17:23, June 14, 2017 (UTC)

Annabeth and Percy🎵They say you gotta take the good with the bad. I'll take it all as long as I have you.🎵

Utkar22 If you should know Hephaestus is actually Zeus's son not adoptive Son cause I checked to see Hera's page and it didn't say she conceived him on her own. It said she threw him off Olympus for his ugliness but she had him with Zeus. So you my friend are wrong and you haven't even read the Percy Jackson series. So please right your mistake.

Ayeee congrats! Celebrate with some Coca-Cola! TheViralSorceress | My thoughts are stars I cannot fathom into constellations. 15:50, August 19, 2017 (UTC)

Your welcome(whatever I've done to deserve thanks, I don't know)!

Thank you! TheViralSorceress | My thoughts are stars I cannot fathom into constellations. 16:48, August 26, 2017 (UTC)

I have proof against your edit. "Annabeth was still pretty shaken up, but she promised she'd talk to us later. Then she went off to join her siblings from the Athena cabin - a dozen boys and girls with blond hair and gray eyes like hers." The Sea of Monster, Chapter 5: "I Get a New Cabin Mate", pg. 55TheUltraFamine (talk • contribs) 21:35, February 24, 2018 (UTC)TheUltraFamine

Not only Annabeth has these traits. All of Athena's children do.TheUltraFamine (talk • contribs) 17:27, February 26, 2018 (UTC)TheUltraFamine

Retrieved from "https://riordan.fandom.com/wiki/User_talk:Utkar22?oldid=499045"
Community content is available under CC-BY-SA unless otherwise noted.