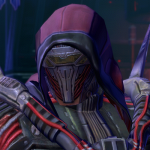 Ok, but mentioned characters don't get the category for that book if they never appeared.--Annabeth and Percy~The beauty you are when you open your heart and believe in the gift of a friend. 23:28, January 4, 2016 (UTC)

That picture you added was not of Elpis; it was Pandora holding a box. And there is no confirmation in the series whether Nyx is Elpis' mother and Pheme is her daughter, so I removed it due to speculation. -- M.J. Daniels ~ Don't set yourself on fire to keep others warm 09:54, January 5, 2016 (UTC)

I can see the edit history and I can see you are on the Johnny Test wiki along with said person who made the edit. I'm not stupid, I know you didn't make the edit. But he did follow you from a wiki. It's no one's fault. SayuriDarling | The time has come for giving up, I have lost. 02:03, January 7, 2016 (UTC)

Ok, here's a suggestion to deal with that guy. You know on your profile where it lists your favorite wikis? I suggest you turn them off so that he can continue to stalk you, and I'm going to message VSTF to get him globally blocked this time.--Annabeth and Percy~The beauty you are when you open your heart and believe in the gift of a friend. 02:44, January 7, 2016 (UTC)

You're welcome. It's quite simple to learn. All of the | need to be at the next line. They should never be on the same one together.--Annabeth and Percy~The beauty you are when you open your heart and believe in the gift of a friend. 04:06, January 20, 2016 (UTC)

Since there is no brother/sisterly relation shown, i would rather not add Gunilla as his half sister. You know that soon there will be a bunch of half brothers and half sisters then.

the front page is missing a <mainpage-endcolumn /> somewhere, causing the monobook skin version to look horrendous. whoever has rights to fix that could you please add that to the end? I posted this earlier on the main page's talk page, but I was afraidoboI'm not sure who to go to to fix this problem, but you have both the most edits and the most recent edit so. uhm can you help. note: I pasted some of this onto the main page's talk page but I was afraid nobody would see it

Hello. If you would be interested in rollback, there is a formal rollback request process here. Thanks for your interest! SayuriDarling | You’ll understand why storms are named after people. 17:04, October 31, 2016 (UTC)

Hi. I will most likely find it when I go through R:C for changes. Also, please leave new messages at the bottom of my talkpage and not somewhere randomly in the middle. SayuriDarling | You’ll understand why storms are named after people. 02:24, November 5, 2016 (UTC)

I reverted your reversion of another users edit on the Zeus Page. Thought since you didn't pay attention to her edit summary I would put mine here: Undo revision 470246 by Valenthyne (talk)Read edit summary, Hera conceived and birthed Hephaestus, herself, alone.

Why did you just link me the page... or tell me the page title instead of his wife's page? lol SayuriDarling | You’ll understand why storms are named after people. 17:35, January 27, 2017 (UTC)

Please leave all messages at the bottom of my page. Bella is in the middle of midterms and won't be back until this weekend so I'll get back with an answer. SayuriDarling | "You are not weak just because your heart feels so heavy." 00:53, March 2, 2017 (UTC)

I noticed that you reversed the changes I made to Alex Fierro's page. Do you mind explaining why? There are times where the page uses male pronouns to refer to Alex when she is female, and I'm not sure why you reversed my edit, which fixed that.

I absolutely agree that it is importantly that Alex be addressed with the correct pronouns. However, I consulted the book, and found that in the scene where her death is displayed and judged, she is female and explicitly refers to herself as so, but your changes use he/him.

Hello Valenthyne! This is a two months old user. I was mainly following the forum and discussion posts until now. Yesterday, I decided to make an edit on a regular content page, which many people might read. I added the section on Lityerses' personality. I also added one trivia point under Agamethus. Is the writing okay? Any other page you would want me to edit (preferably related to ToA)?

Hello! Do you like Star Wars because you have a picture of Darth Revan in your avater and your username is actually the name of a Jedi? Shootingdragonnova (talk • contribs) 07:29, May 16, 2017 (UTC)

Hello. I noticed that you reversed my edit on Geras' page, but I don't understand why. I just fixed wrong categories, as he was listed as female, and added some interlanguage links (because why not). Is there something wrong with that? Тамми (talk • contribs) 13:16, September 15, 2017 (UTC)

Hi, Valenthyne. How are you?

I recently added some information to Hebe's page, because she's the only married goddess with children in Camp Half-Blood, because the others are single (like Nike), without children (like Hera or Artemis) or divorced (Aphrodite). I thought it was interesting, but you eliminated that. So I wanted to know the reason, in order to not repeate my failure (if we consider that as a failure) Thank you

On the Wadjet page, an editor wrote "eye = Five" in the infobox. I reverted it because I felt it is about "eye color" and I believe "Five" is not a color. That same editor has made that same edit again. Just wanted to ask you whether I am right or that editor is. Also, what should we do? VishwaUser (talk • contribs) 01:00, March 15, 2018 (UTC)

Hi you keep undoing the Zeus page edit however the reason I removed it is because many of the stuff listed there contridicts what was stated in the series and says nothing about Zeus's personality. They are just rants on what a person dislikes about him. An example of this is the fact that it says Posideon never wanted Zeus thrown but it says earlier on the same page that Posideon wanted to be king of Olympus. A number of other things are contridictions and have nothing at all to do with Zeus's personality. Please review the edits before undoing them. 1Risingdracyan1 (talk • contribs)

Explain what is wrong with the mistakes page? The mistake there is listed that Percy should not be able to speak latin because he is a Greek demigod. However he is able to understand it in both "The Lightning Thief" and "The Son of Neptune." The error on the page is the assumption that Greek demigods are unable to understand latin however it is stated by Chiron in both series that they can. Greeks just need extra help in comparision to the Romans who pick up Latin easier. Quoting The lost Hero. "You know Latin," Chiron observed."Most demigods know a few phrases of course. It's in their blood but not as much as Ancient Greek. None can speak Latin fluently without practice." So according to that all demigods of the Greco-Roman Patheon can understand Latin but the Roman demigods are better at it. In "The son of Neptune" Percy again speaks latin because of his demigod abilites. "They won’t attack,’ Reyna said, ‘unless you try to steal something, or unless I tell them to. That’s Argentum and Aurum.’‘Silver and Gold,’ Percy said. The Latin meanings
popped into his head like Hazel had said they would.

This is not valdalism. This is me fixing mistakes made on the page 1Risingdracyan1 (talk • contribs)

Please respond and at least let me know what was wrong with the edits instead of automatically undoing them since I removed some stuff from the page. As I pointed out and showed evidence form the book the Mistakes thread had incorrect information and I proved it was incorrect by quoting the books. 1Risingdracyan1 (talk • contribs)

No they don't as I mentioned earlier some of the stuff there is redundent and others contrdict what is written on the own page. Like When Posideon tried to overthrow Zeus. It says both on the page and that posidoen wanted the throne and later in the personality that he didn't. And why does it need to say that Percy "litearlly beat Kronos" That use of literally is incorrect. As for the mistake pages I already pointed out and quoted the books for why they were incorrect. 1Risingdracyan1 (talk • contribs) 01:38, November 26, 2018 (UTC)

Hey Valenthyne! This is just a reminder to try not to talkdown/threaten users with power/status. What the user edited was in good faith and is a brand new user. There is no problem with challenging those with "authority" and even if someone were to argue with me over edits it would be ok! That's just the way it is sometimes. Just because we have certain powers does not make us better than the average editor. Anyway, thanks for all you do for this wiki and I hope you had a pleasant Thanksgiving! SayuriDarling | "You are not weak just because your heart feels so heavy." 03:01, November 27, 2018 (UTC)

Retrieved from "https://riordan.fandom.com/wiki/User_talk:Valenthyne?oldid=515814"
Community content is available under CC-BY-SA unless otherwise noted.